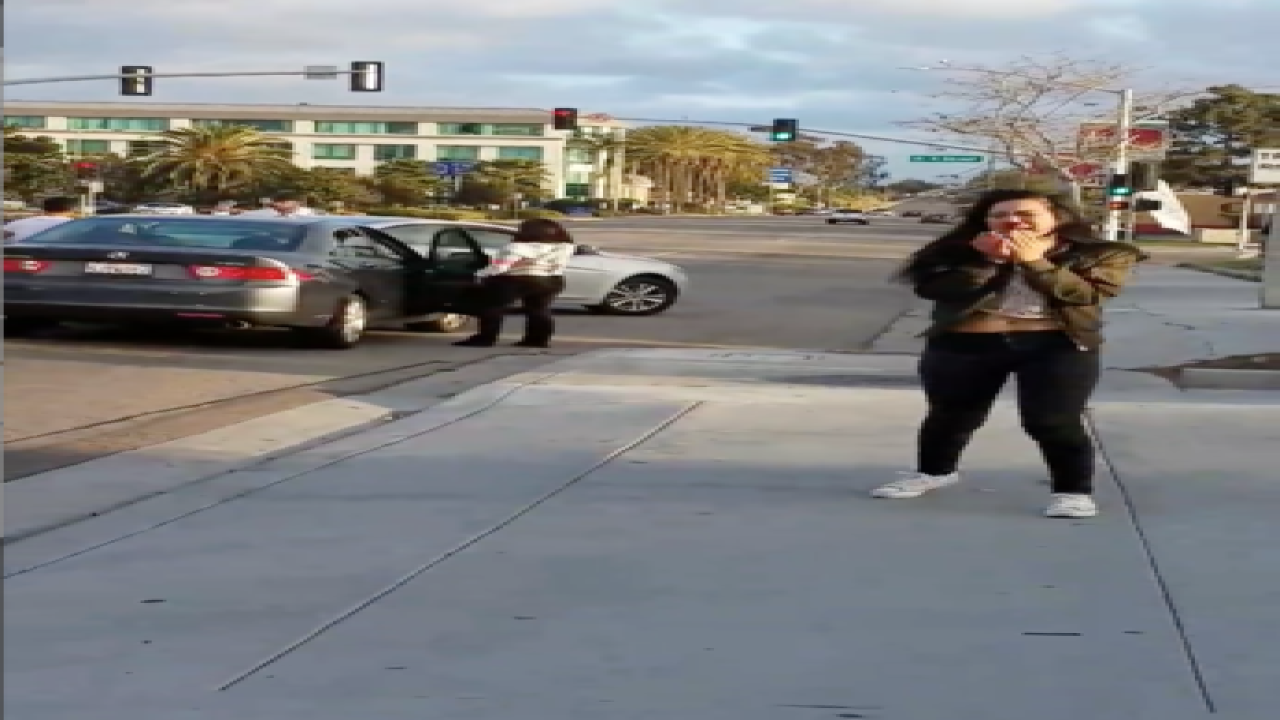 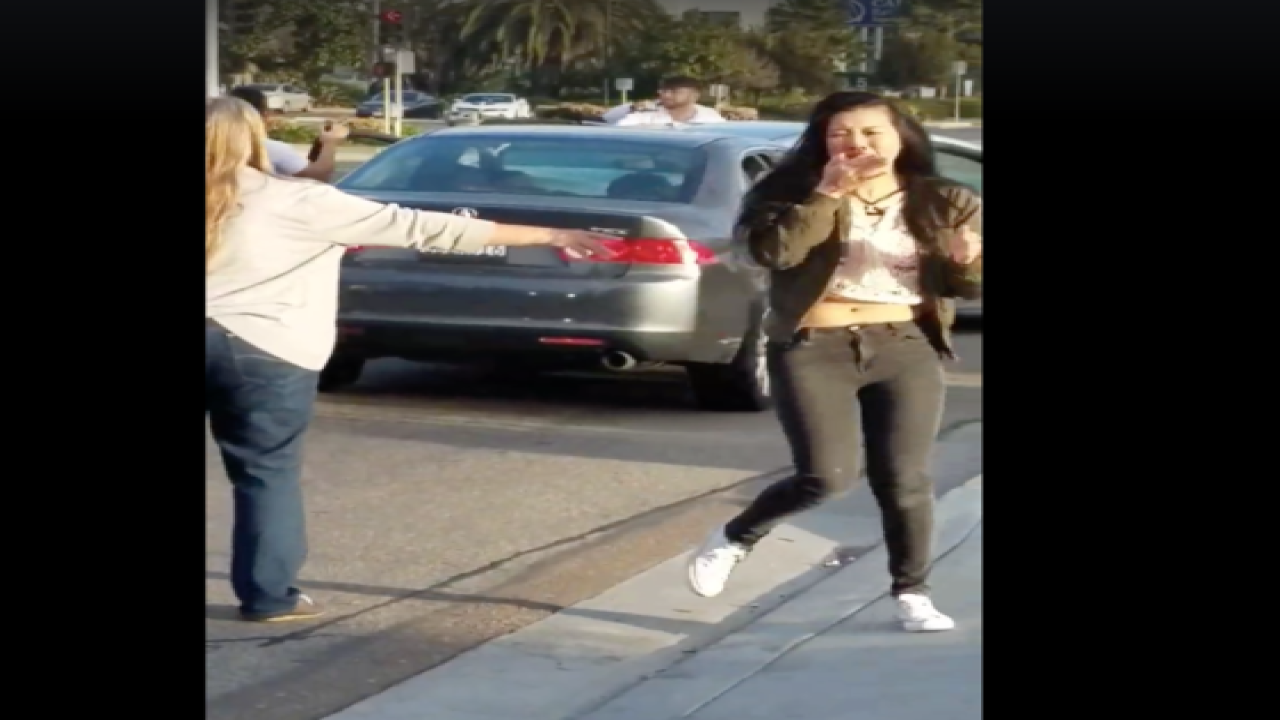 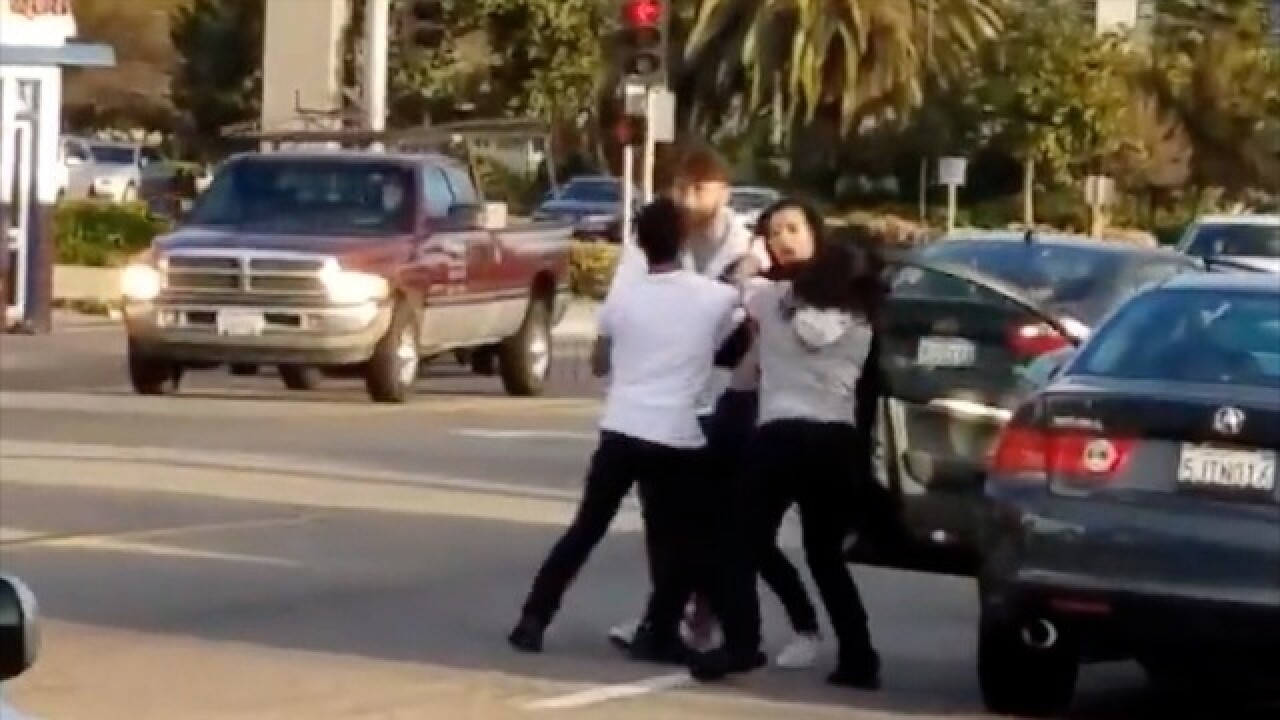 CHULA VISTA, Calif. (KGTV)--A road rage brawl between two couples that spilled out onto the streets of Chula Vista Monday afternoon before an off-duty police officer intervened just in the nick of time was caught on camera.

A viral video shows two cars stopped in the middle of Third Avenue near K Street where two couples are standing toe-to-toe before wrestling each other to the ground.

The woman who shot the video said she saw the two drivers bickering at each other as they were headed south on Third Avenue.

One of the cars pulled in front of the other to block it from going any further. That's when the couples jumped out.

"I just think that's the kind of world we live in right now," he said. "We're thankful that people do capture things on video but we'd be even more thankful if people would call the police."

Oyos suggested people avoid road rage at all costs. He said get out of the way of angry drivers and call 9-1-1 if that doesn't work.

"There's no need to try to take matters into your own hands because things always turn out bad when that happens," he said.

Only one woman, the one who threw the first strike, was injured in the fight. No one is pressing charges.

WARNING: The video below may contain offensive language.