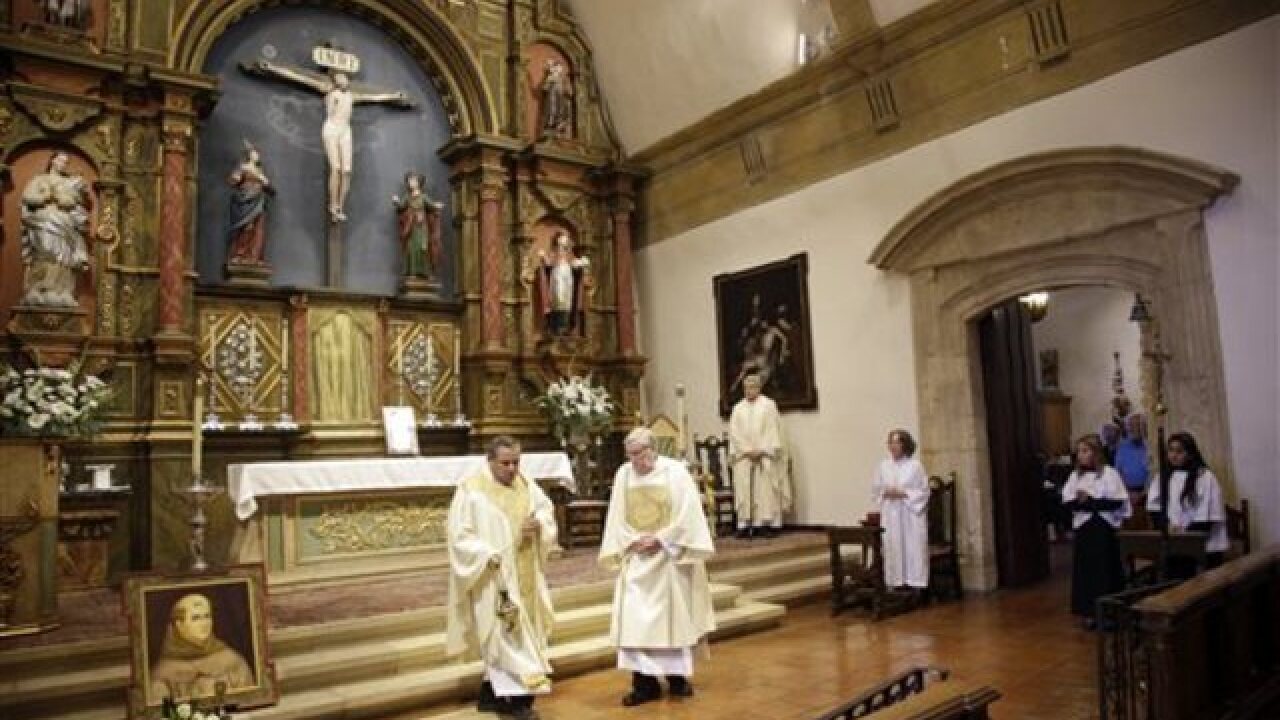 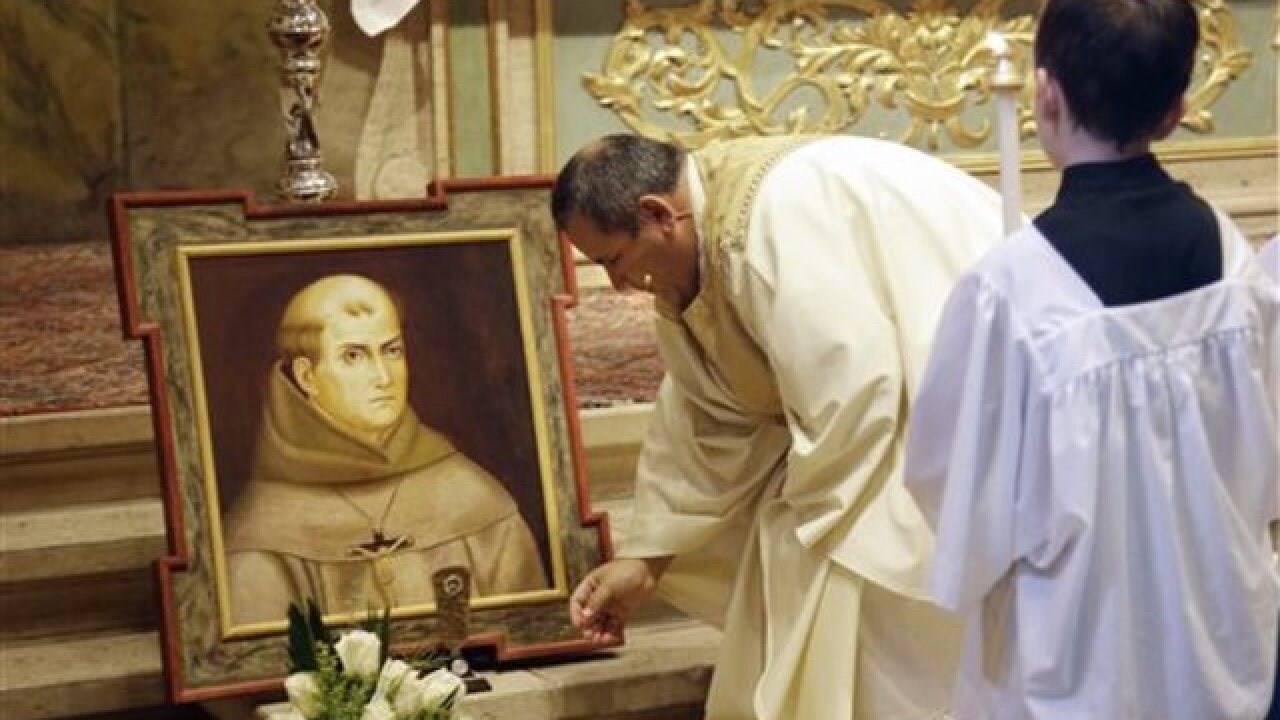 CARMEL, Calif. -- Vandals defaced a statue of Father Junipero Serra at the Carmel Mission, where the remains of the recently canonized missionary are buried, police said Sunday.
Vandals struck Saturday night, damaging statues, gravesites and signs and spewing green and white paint on doors, Carmel Police Sgt. Luke Powell tells the Salinas Californian.
The Mission said a statue of Serra and other historic statues in the courtyard were toppled. Photos posted on the Mission's Facebook page show someone wrote "Saint of Genocide" on a stone.
The vandalism appeared to be focused on the gravesites of interred Europeans, not those graves of Native Americans, Powell said.
It happened on the eve of a ceremony at the Mission to commemorate Serra that was attended by about 1,000 people, said Erica Yanez, spokeswoman for the Diocese of Monterey.
"By the 11 a.m. Mass the vandalism had been cleaned out by volunteers," Yanez said.
On Wednesday, Pope Francis elevated Serra to sainthood.
Serra introduced Christianity and established settlements as he marched north with Spanish conquistadores through the land that would become California. In 1769, he established his first mission in San Diego. He would go on to found numerous additional missions, including San Francisco. The missions taught religion and farming.
But many Native Americans say the missions cut their ancestors off from their traditional languages and cultures, enslaved those who converted to Christianity and brought disease that led to the mass extermination of Indian populations.
Associated Press 2015