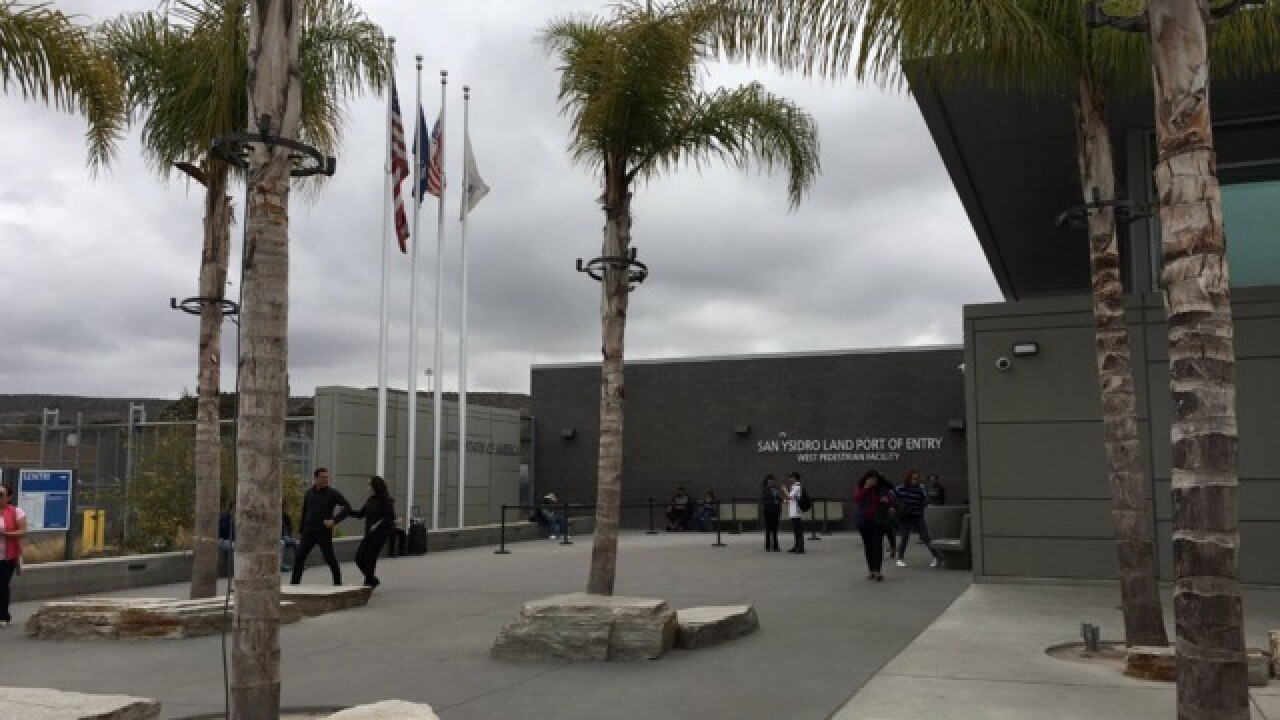 Copyright 2018 Scripps Media, Inc. All rights reserved. This material may not be published, broadcast, rewritten, or redistributed.
Hundreds of asylum seekers in a migrant caravan are being turned away Monday by U.S. Customs and Border Protection at the Mexico border in South San Diego County.

SAN FRANCISCO (AP) — A U.S. judge in San Francisco has refused to immediately allow the Trump administration to enforce a ban on asylum for any immigrants who illegally cross the U.S.-Mexico border.

Judge Jon Tigar on Friday rejected the Justice Department's request to suspend his earlier order temporarily blocking the ban. Tigar said the administration had still not shown that the ban was legal.

At issue is President Donald Trump's Nov. 9 proclamation that barred anyone who crossed the U.S.-Mexico border between official ports of entry from seeking asylum. Trump issued the proclamation in response to caravans of migrants approaching the border.

Tigar on Nov. 19 sided with legal groups who argued that federal law is clear that immigrants in the U.S. can request asylum regardless of whether they entered legally.