US appeals court rules for bartenders, waiters in tip fight 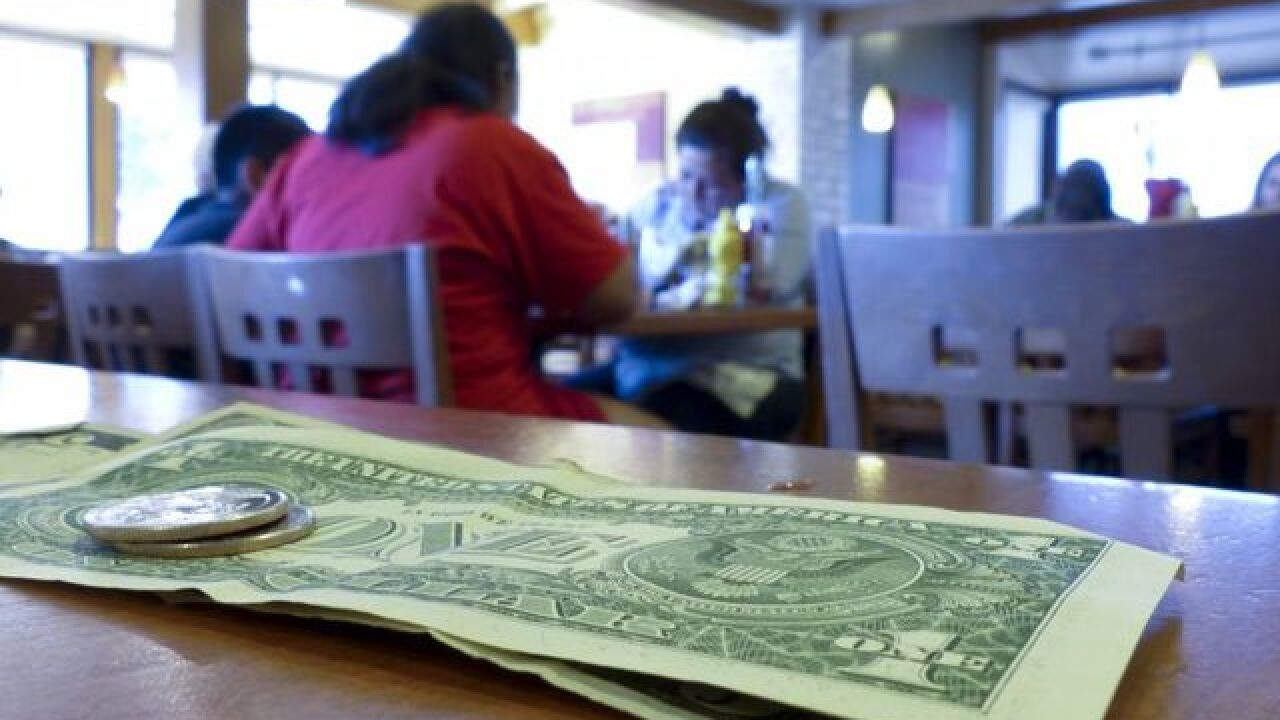 SAN FRANCISCO (AP) — Restaurants must pay waiters and bartenders minimum wage when they are engaged in tasks such as cleaning toilets that are unrelated to their main jobs and do not offer tips, a divided U.S. appeals court ruled Tuesday.

At issue in the decision by an 11-judge panel of the 9th U.S. Circuit Court of Appeals was a federal law that allows an employer to pay workers who receive tips as little as $2.13 an hour as long as their tips earn them minimum wage.

Employers cannot use that tip credit when the workers are engaged in unrelated tasks that don't pay tips, the panel ruled in a 9-2 decision. Employers also can't use the tip credit for tasks related to bartending or serving such as preparing coffee if employees spend a substantial part of the work week on them.

Judge Richard Paez said tips were intended as "a gift to the server, as opposed to a cost-saving benefit to the employer."

A broader use of the tip credit would allow employers to underpay bartenders and wait staff and put off hiring staff such as janitors who don't receive tips and therefore must get paid minimum wage by employers, Paez said.

The ruling upheld a U.S. Department of Labor regulation that limited employers' use of the tip credit. It also revived lawsuits by 14 bartenders and servers accusing restaurant chains including P.F. Chang's China Bistro and J. Alexander's of failing to pay minimum wage.

Emails to attorneys for J. Alexander's and P.F. Chang's were not immediately returned.

The broader impact of the ruling was not immediately clear. Seven states require that employers pay workers the state minimum wage on top of any tips they receive, according to the labor department's wage and hour division. Six of those states fall under the 9th Circuit's jurisdiction: California, Alaska, Montana, Nevada, Oregon and Washington.