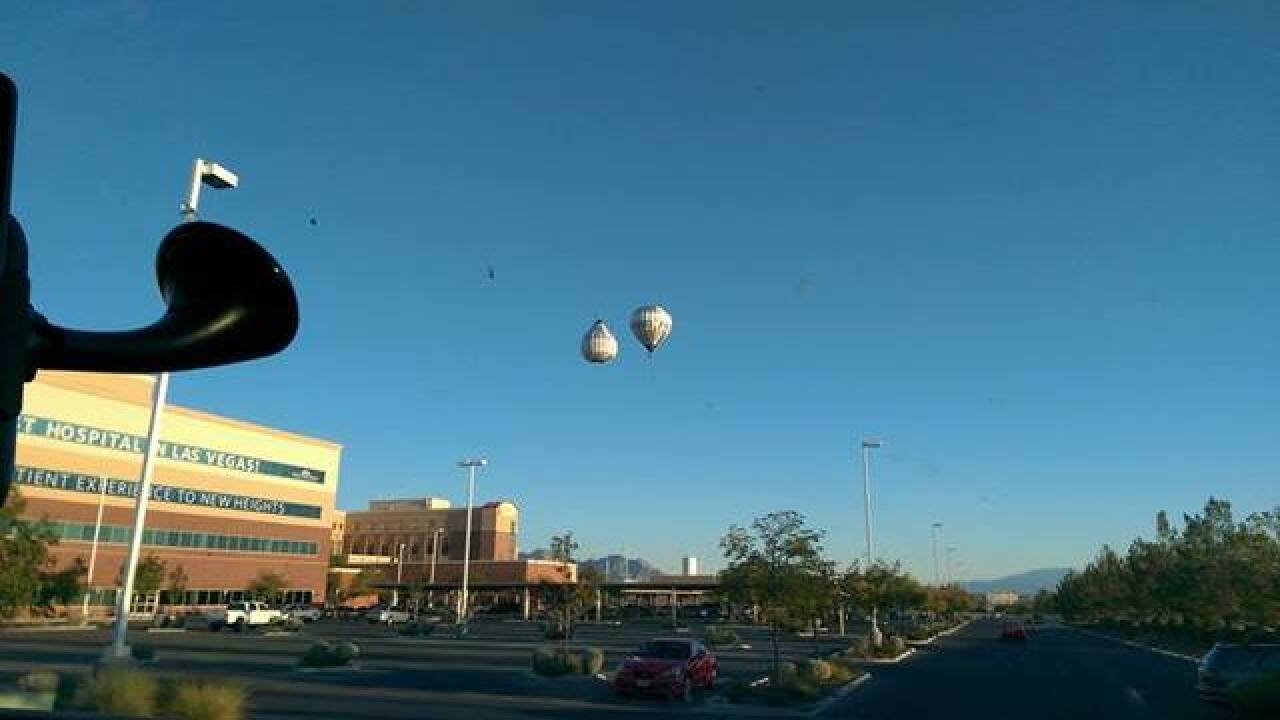 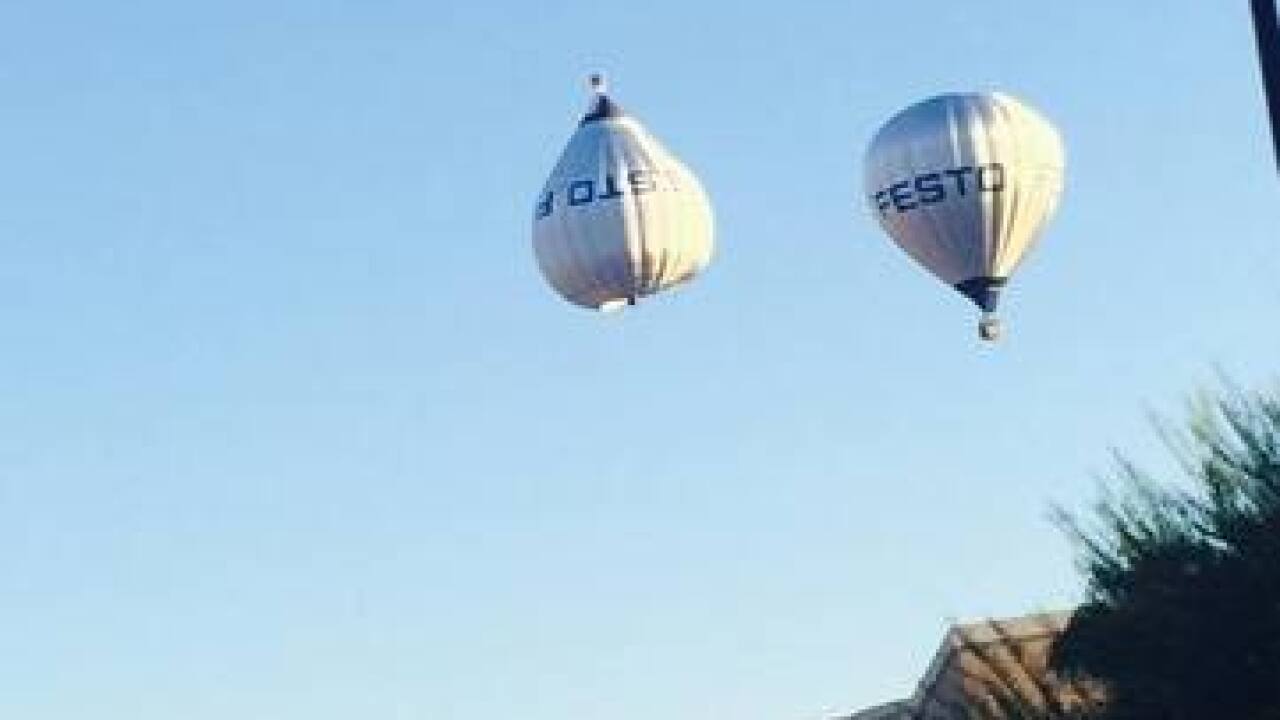 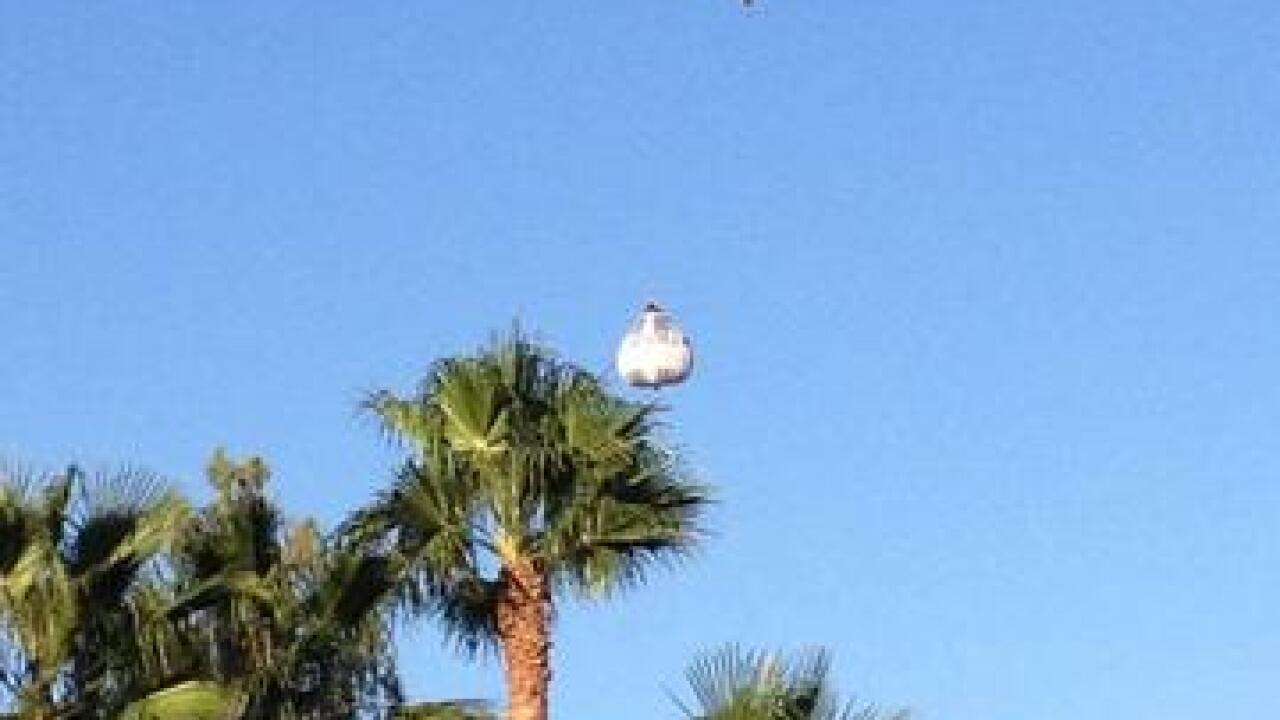 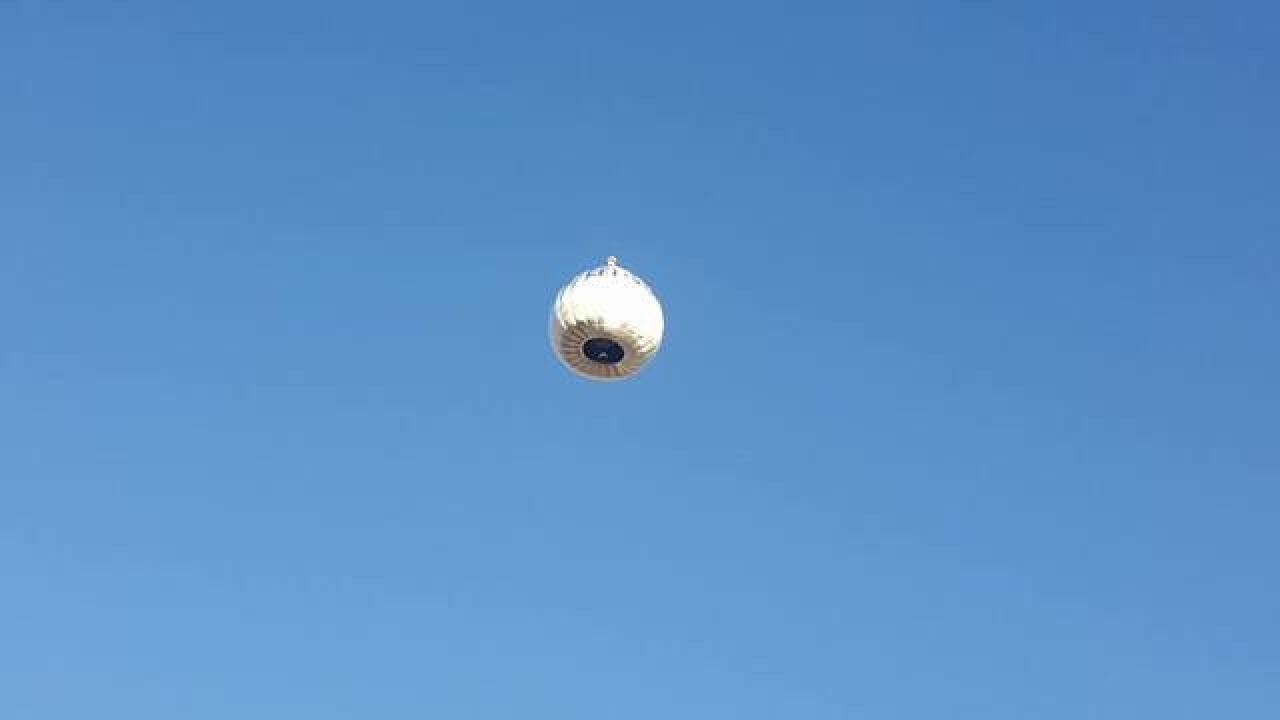 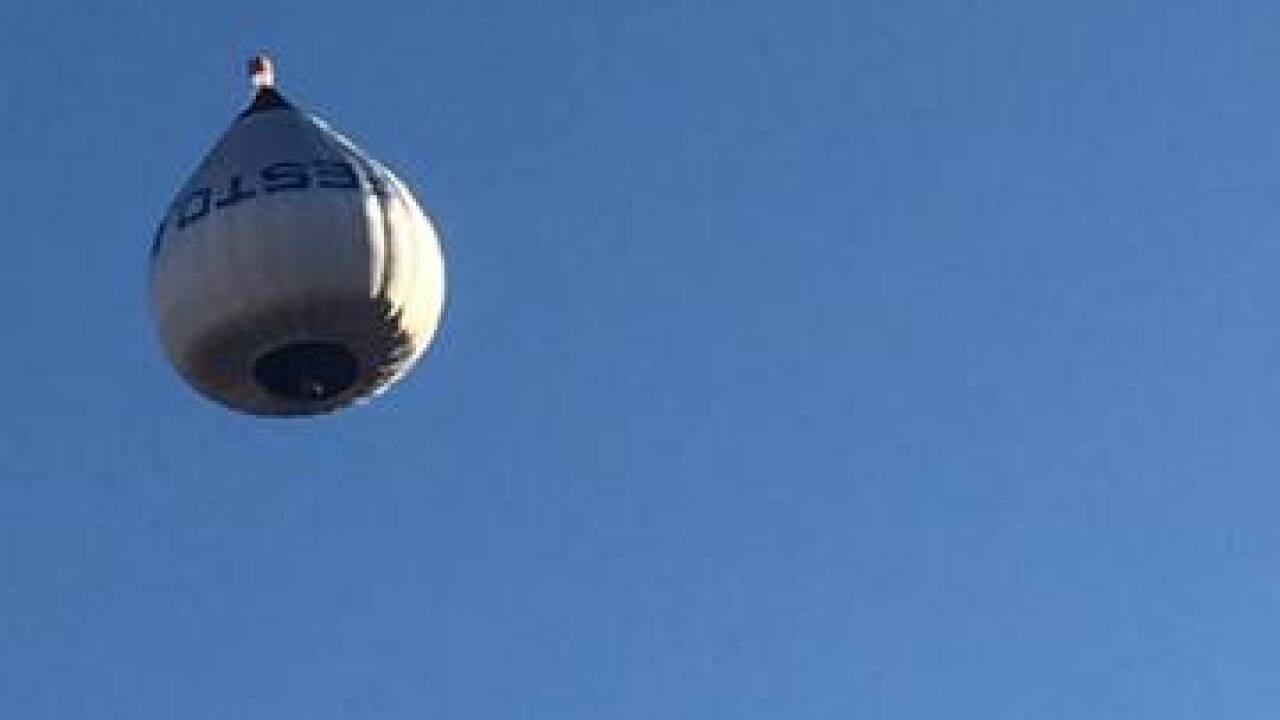 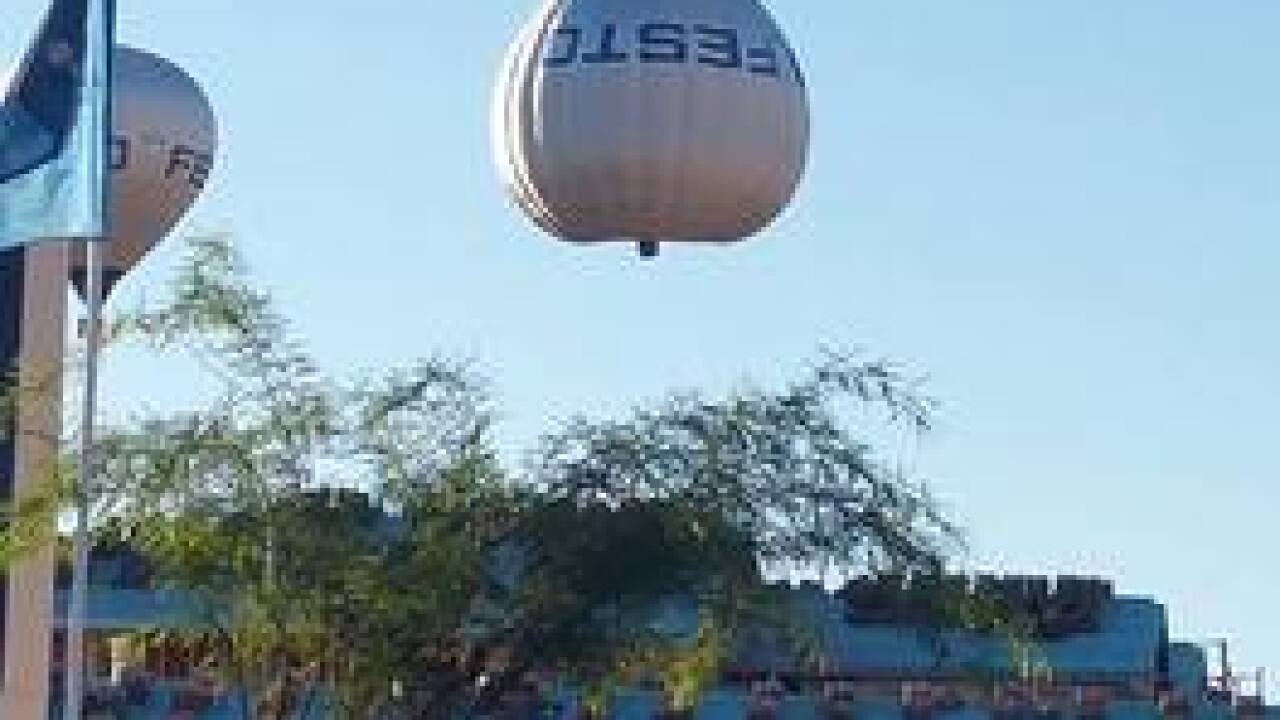 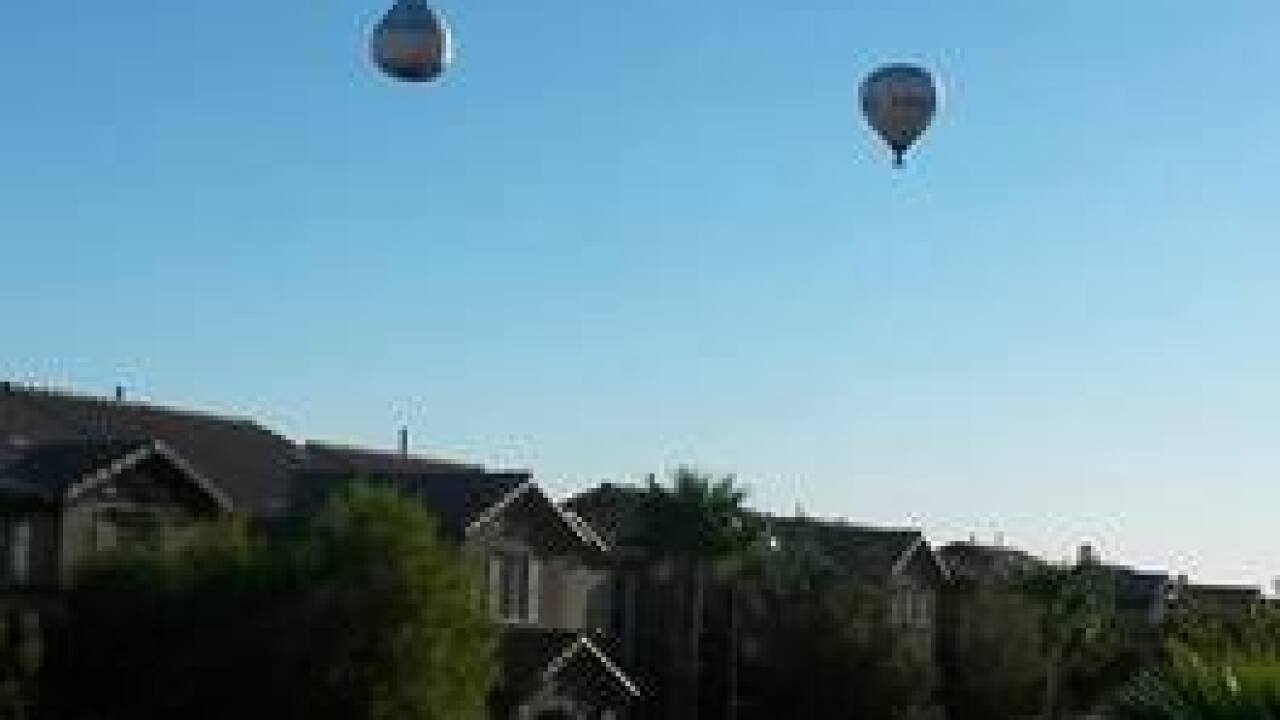 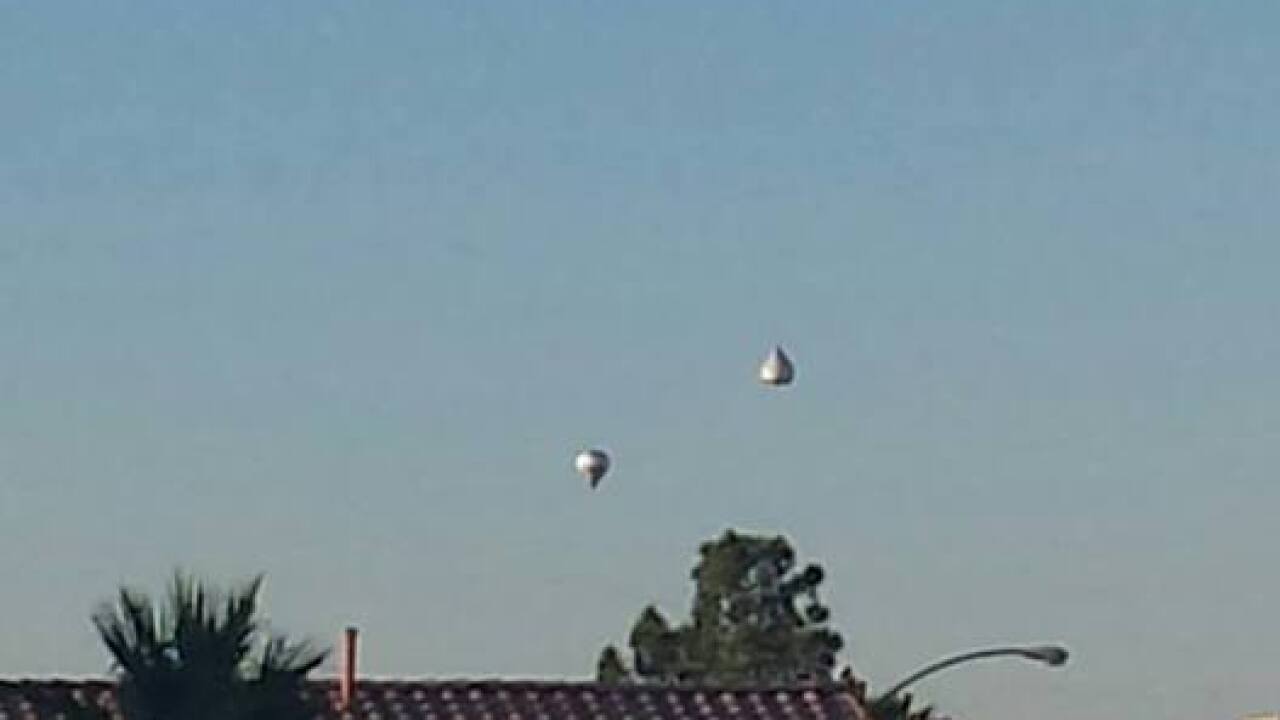 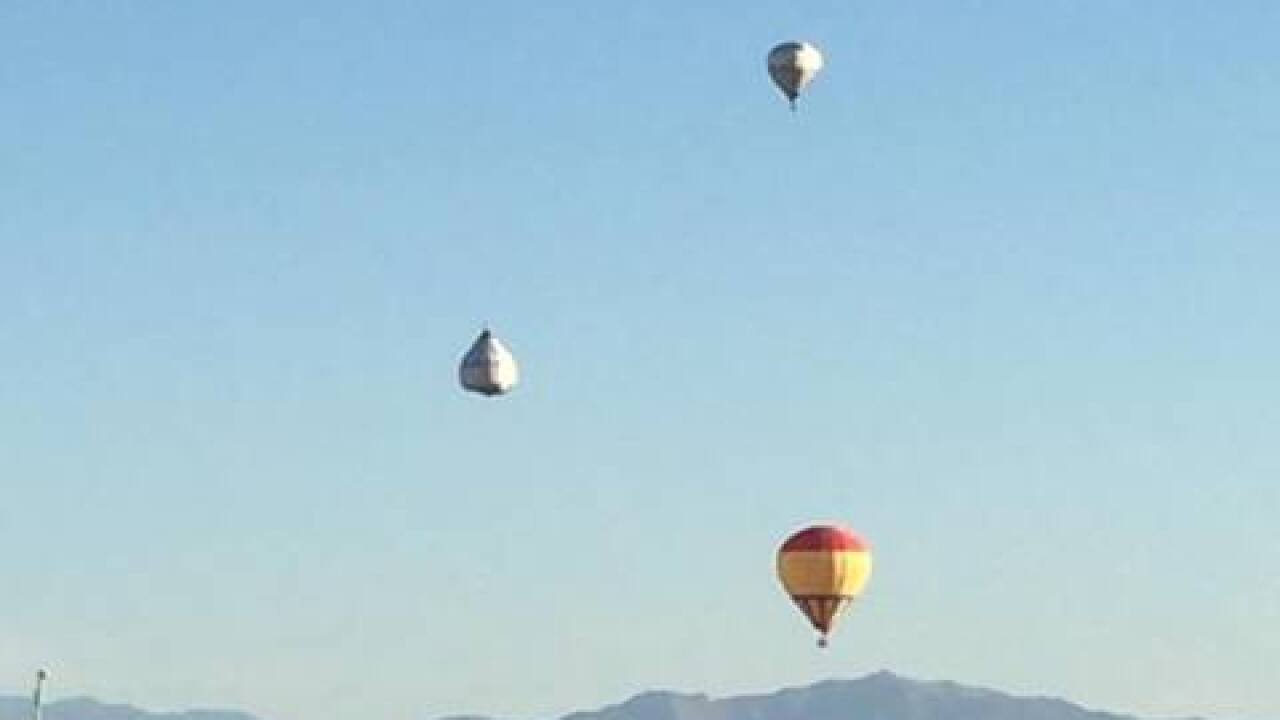 Hot air balloons over the Las Vegas valley are not an unusual sight. But quite a few people were surprised when they saw a balloon early Friday morning that appeared to be flying upside down.

The upside-down balloon and its companions took flight around 7:30 a.m. Friday. Many people began posting photos of the unusual balloon on social media. For a while, no one seemed to know where the balloon came from.

A bit of confusion in Las Vegas this morning when an 'upside down' balloon designed by @FestoAG flew. @SOLIDWORKS pic.twitter.com/xSQ6GHx5iV

Some of you may see a strange sight in #LasVegas this morning - an upside balloon! It's actually designed that way. pic.twitter.com/AiWT4ioUZg

It turns out that the balloon belongs to the German-based Festo Corp., who is in town for the PACK Expo. The upside-down balloon was actually one half of a pair of balloons. The other balloon was the traditional design.