University Ave. shut down during rush hour due to motorized bicycle crash 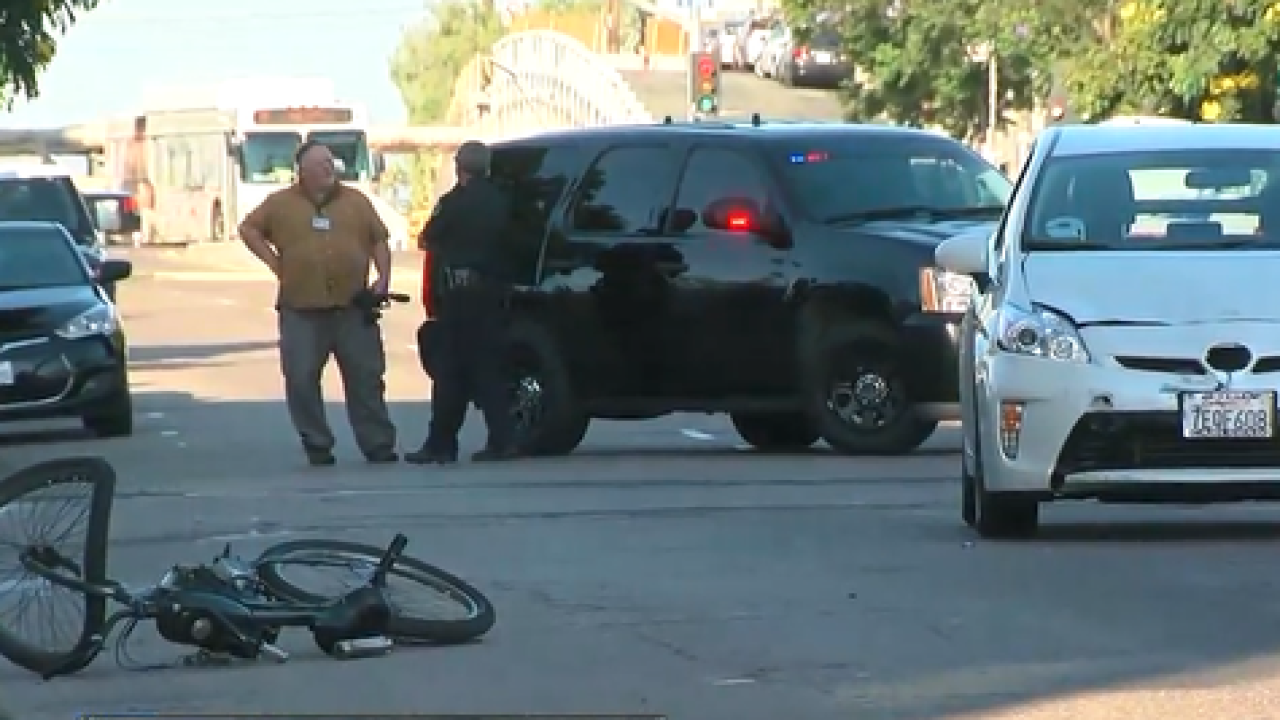 Police said a 24-year-old man on a bicycle with an attached motor turned into oncoming traffic and was hit by the Prius.

Paramedics took the bicyclist to Scripps Mercy Hospital.  The driver of the Prius stopped to give information to police.

The San Diego Police Traffic Division shut down University Ave. in both directions between Herbert St. and Centre St. for the investigation.