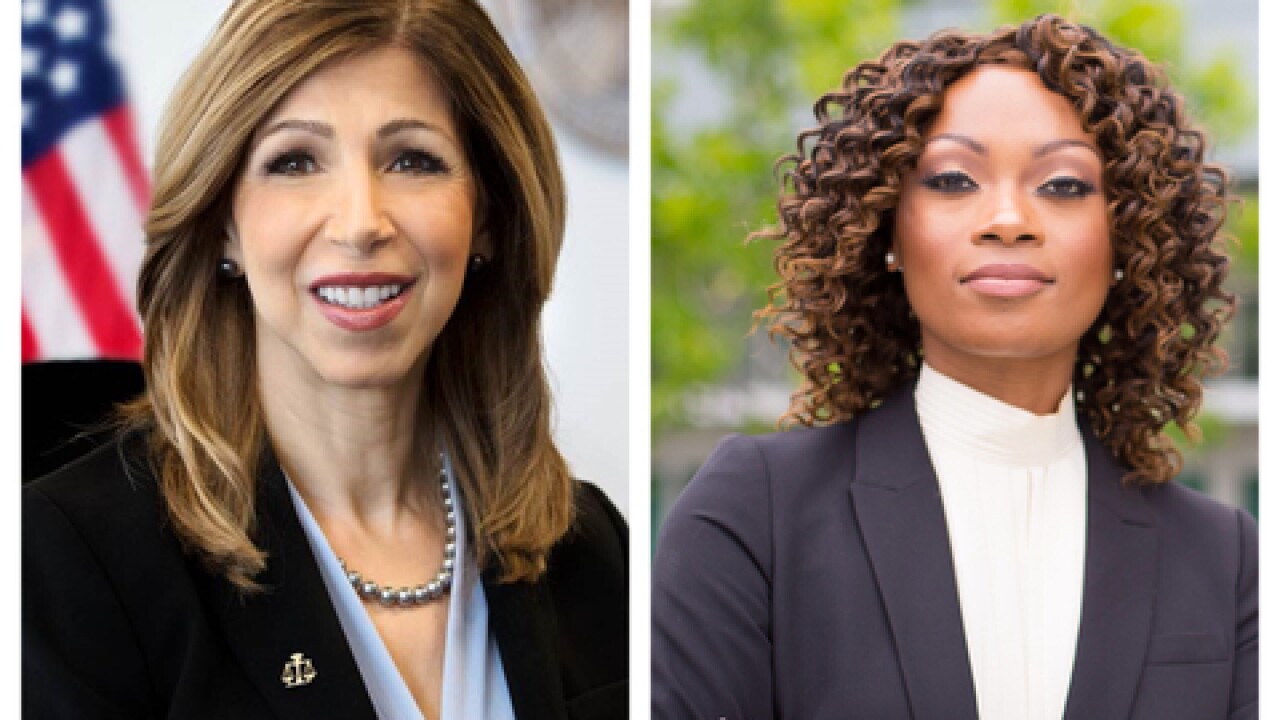 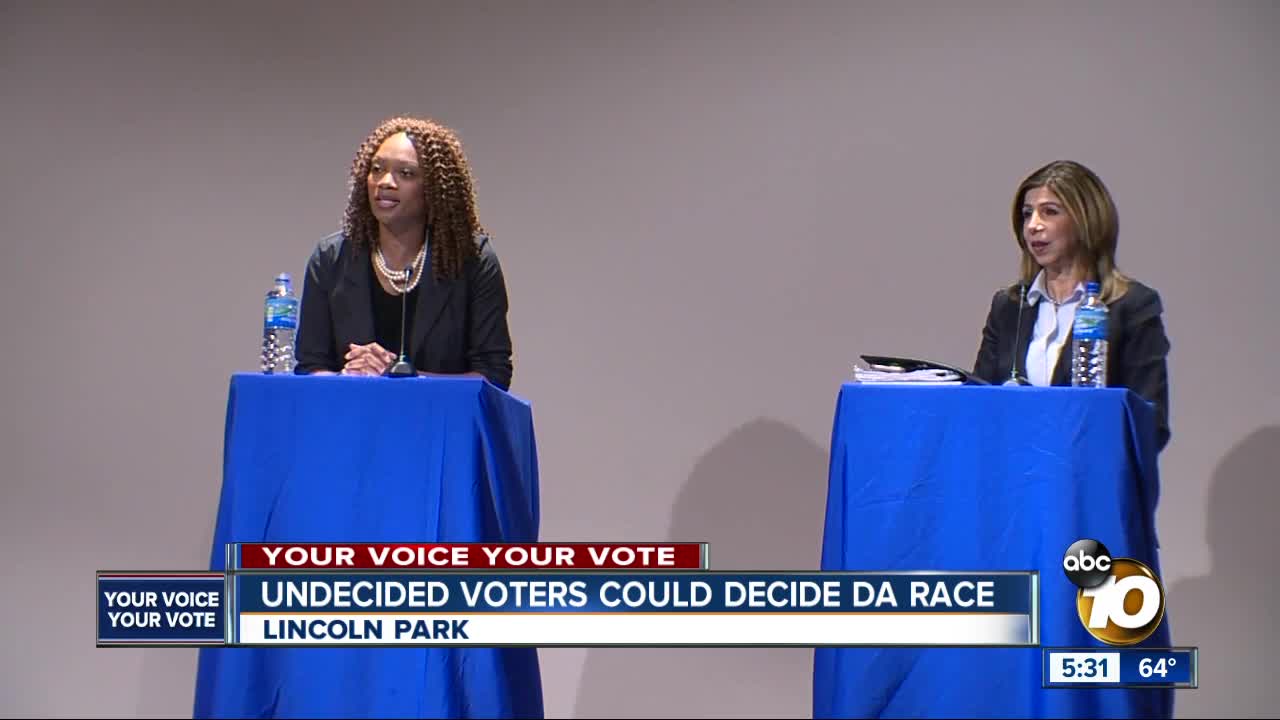 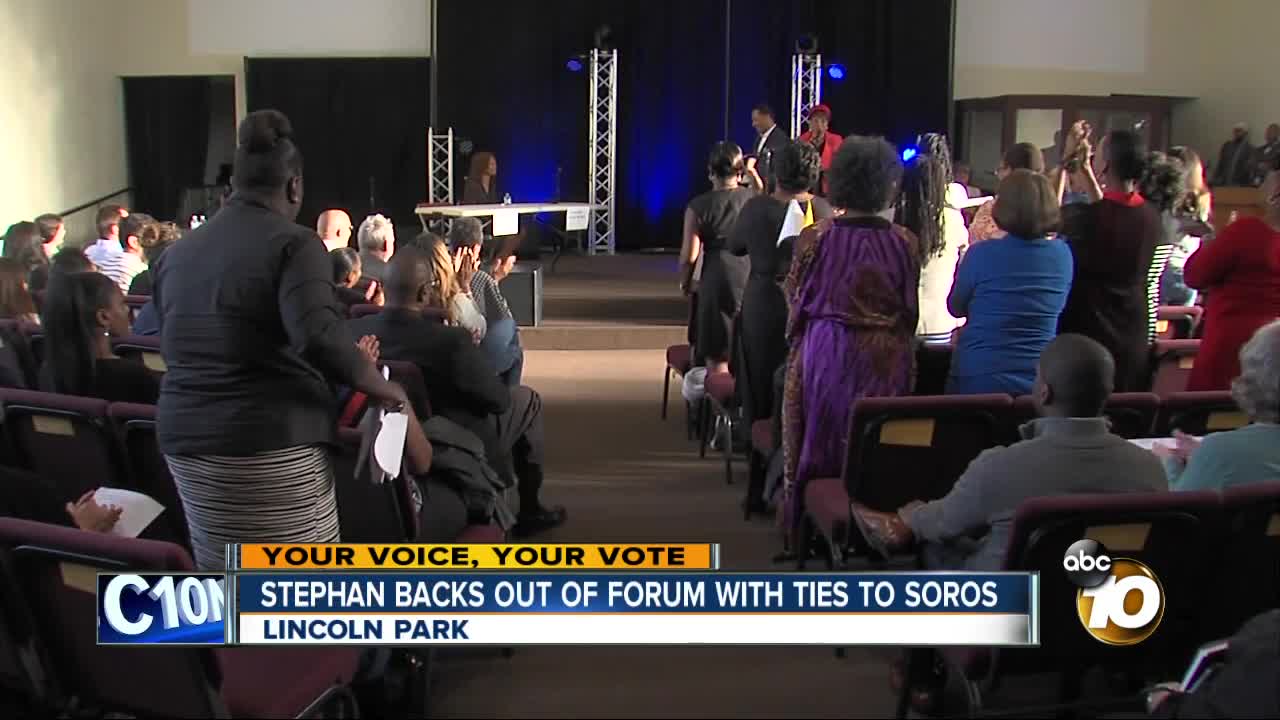 SAN DIEGO (KGTV) -- In three weeks San Diego County will elect its next district attorney,  and in a recent poll a large number of voters indicated that they're still undecided.

The results of our scientific 10News Union-Tribune poll shows the battle between Summer Stephan and challenger Genevieve Jones-Wright is wide open.

If the election were held today, Summer Stephan would get 35 percent of the vote. Genevieve Jones-Wright would get 22 percent and 43 percent of those polled said they are undecided.

"Those polls are consistent with what our campaign research shows," Jones-Wright told 10News. "We knew we were up against a political machine and it really is no surprise to me that she's up on the polls."

Progressive candidate Jones-Wright says Stephan got a head start, by being appointed to the district attorney job when Bonnie Dumanis left. Jones-Wright said she thinks the poll shows her campaign is gaining steam.

Stephan was encouraged by the poll numbers.

"This is very encouraging, what you're telling me, because it shows that what we're doing is working," she told 10News. "That San Diegans are enjoying that we're one of the safest urban regions in the country and that they really prefer experience over an experiment."

On Monday, Summer Stephan pulled out of a community forum, one which both she and Genevieve Jones-Wright accepted to face off.

With the race this close, some might wonder why Stephan would pull out of another chance to win votes at a community forum - this one hosted by the San Diego Organizing Project.

"An important part of being the district attorney is being available, showing up and listening to your constituents," Jones-Wright said.

Stephan is in Sacramento meeting with unnamed sources who may help her campaign,  scrambling to counter the $1.5 million dollar PAC contribution to Jones-Wright from billionaire progressive George Soros.

"I have a conflict tonight and I have already been to the same organization in 2017 and had a forum and answered questions," Stephan said. "I ask everybody to pay attention, to vote, not to buy the propaganda and not to buy the marketing and just to declare San Diego is not for sale."

10News asked the Organizing Committee about their funding. They don't deny that they have received funding from Soros but said that this does not mean they are siding with one candidate or the others.

"The momentum is on our side and so we are gonna keep up the fight."