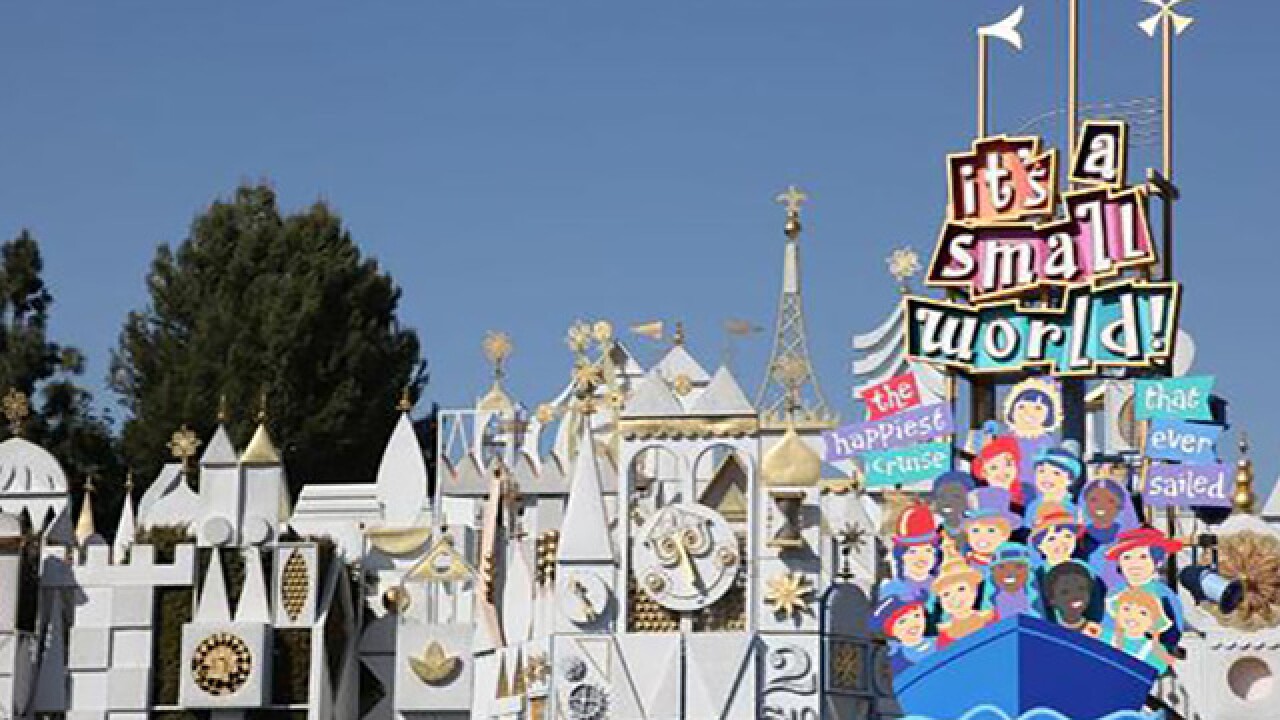 ANAHEIM, Calif. (CNS) - A contractor working on the "Small World" attraction at Disneyland slipped and fell Friday morning and was rescued by firefighters.

About 4 a.m. Anaheim Fire and Rescue responded to a call of a technical rescue at the amusement park and discovered the worker, who was wearing complete safety gear, including a harness, suspended about 20 feet off the ground, according to Sgt. Daron Wyatt of the Anaheim Police Department.

Firefighters reached him with a ladder and lowered him, Wyatt said.

The worker was not hurt and refused medical treatment, he said.