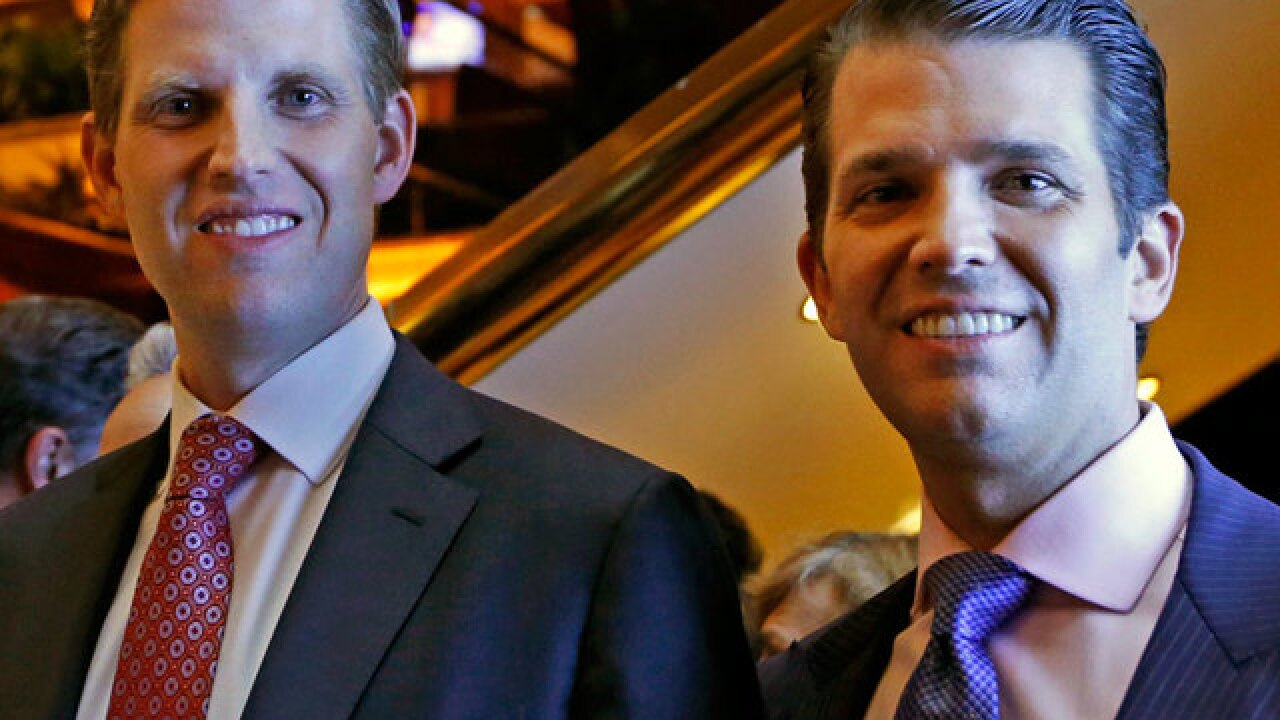 WASHINGTON (AP) - President Donald Trump's son says allegations that members of the Trump campaign colluded with Russia is "the greatest hoax of all time."

In an interview with ABC News that aired Tuesday, Eric Trump asserted that the Trumps have no dealings with Russia and no projects with Russia.

Former FBI Director James Comey is expected to testify before the Senate Intelligence Committee this week, during which he will inevitably be questioned about any links Trump associates may have had with the Russian government.

Trump fired Comey last month in a move that led many to suggest he was trying to undermine the ongoing investigation.

The sons also defended their father's criticism of London's mayor over his handling of the recent extremist attack.

Donald Trump Jr. said London's Mayor Sadiq Khan "should do something to fix the problem rather than just sit there and pretend there isn't one."

Eric Trump said, "This has become the new norm. And it's not right. And we, as a society, especially as Americans, better do something about it."

Trump criticized Khan on Twitter Monday for his handling of the attack, calling his efforts to calm the public a "pathetic excuse."

A spokesman said the mayor is focused on "working with the police, the emergency services and the government to keep London safe."