Pentagon: Up to 5,000 troops to be deployed to U.S.-Mexico border 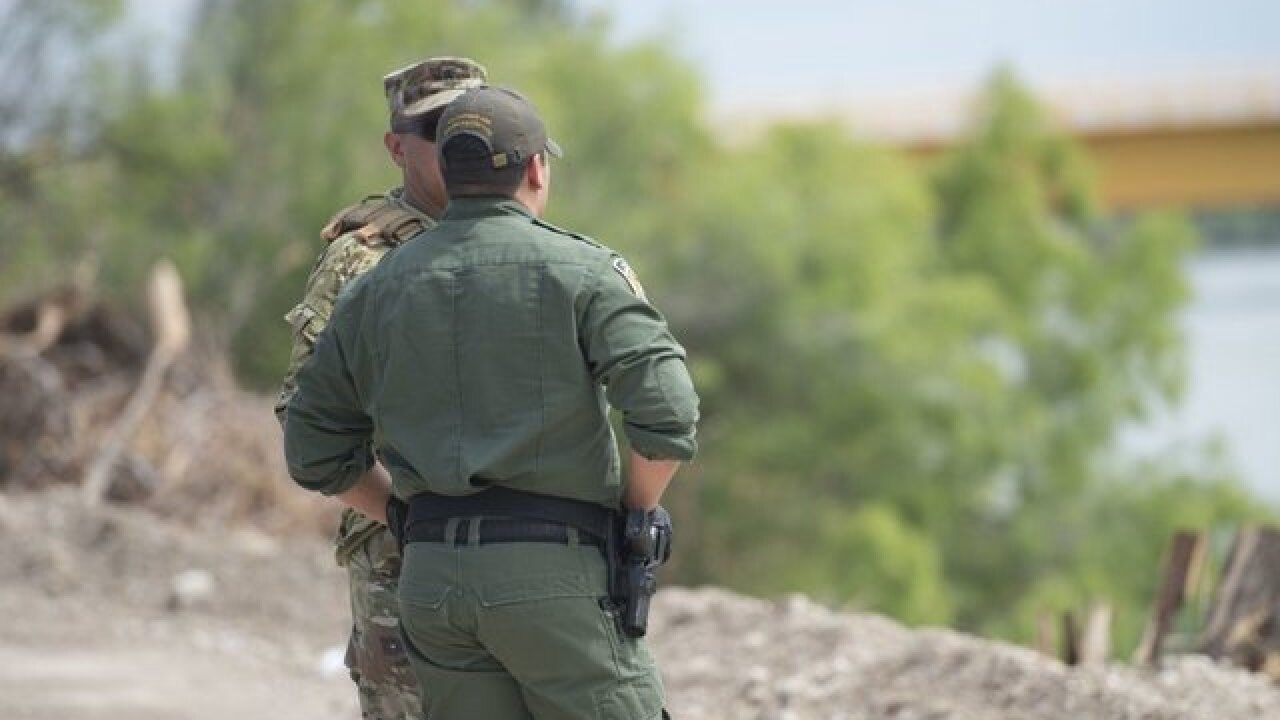 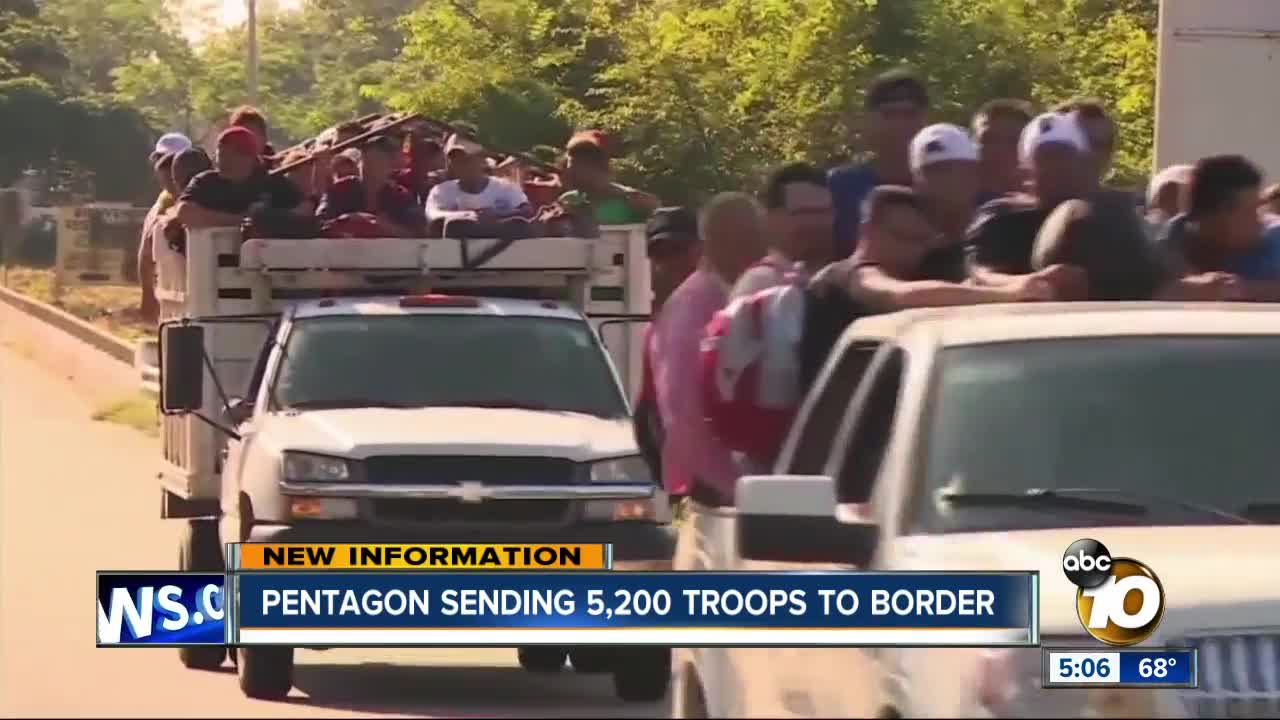 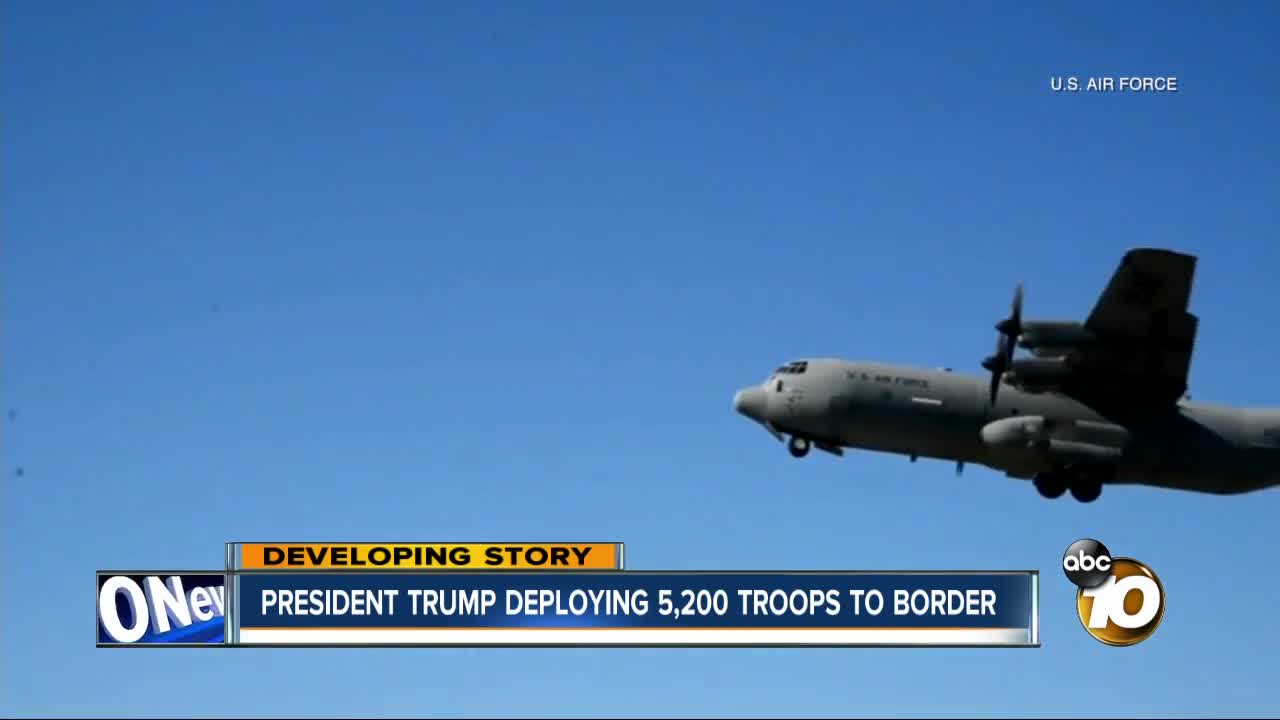 (KGTV) - As many as 5,000 armed active duty troops will be sent to the U.S. southwest border, including the San Diego region, in the coming days, the Pentagon said Monday.

The order to send troops to the border areas in California, Arizona and Texas, comes nearly a week after President Trump said he was willing to have a military presence to prepare for a large caravan of Central American migrants on their way to the U.S.-Mexico border.

The Defense Department said it would send 5,200 active duty troops to "harden" the southern border against the caravan.

Gen. Terrence O'Shaughnessy tells reporters that 800 soldiers were en route on Monday and that the remainder of the troops would be at the southwest border by the end of the week.

The announcement comes as President Donald Trump has been trying to focus on the caravan just a week before the midterm elections.

The migrant caravan has been moving slowly north from Central America and its numbers have been dwindling.

A U.S. official confirmed to ABC News that the numbers previously reported by the Wall Street Journal -- 1,500 troops to California; 1,800 to Texas and 1,700 to Arizona -- were accurate.

RELATED: What troops at the border can and can't do

The unnamed official told ABC News that troops would be placed at ports of entry for support roles. They would then be a part of other projects.

The mission, named “Operation Faithful Patriot,” would last about 45 days, the official said.

Another U.S. official noted that it’s possible the troops will be stationed at the borders as soon as Tuesday.

2,000 members of the National Guard already providing assistance at the border now.

The Associated Press contributed to this story.