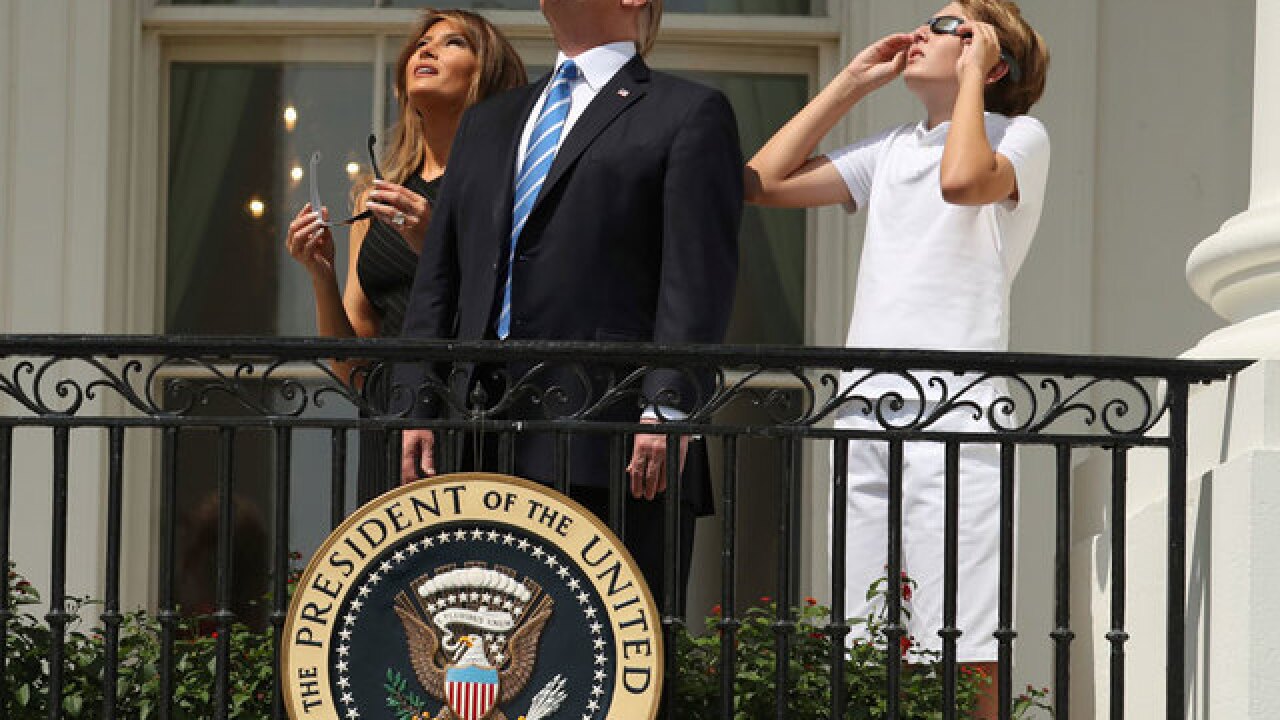 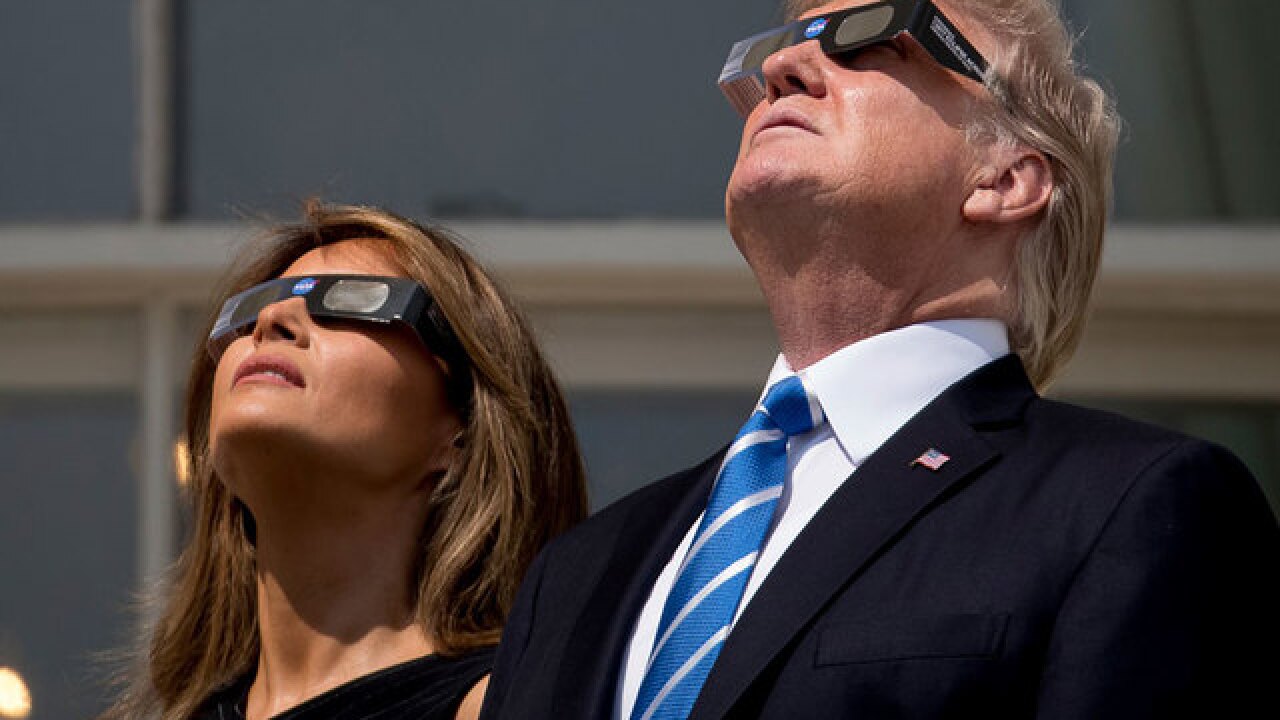 WASHINGTON (AP) - President Donald Trump squinted and pointed skyward before donning protective glasses to take in the solar eclipse at the White House.

The president was joined by wife Melania, son Barron and top aides Monday afternoon to view the spectacle from the portico overlooking the South Lawn. The White House originally said Trump would watch from the second-floor Truman balcony.

Shortly after walking outside, the president looked up at the sky, squinted and pointed upward.

"Don't look," one staffer yelled from the White House lawn.

Trump then donned the protective eyewear. Asked about the view, Trump gave a thumbs up.

This is the first total solar eclipse to sweep the United States from coast to coast in nearly a century, although Washington experienced about 80 percent coverage of the sun.