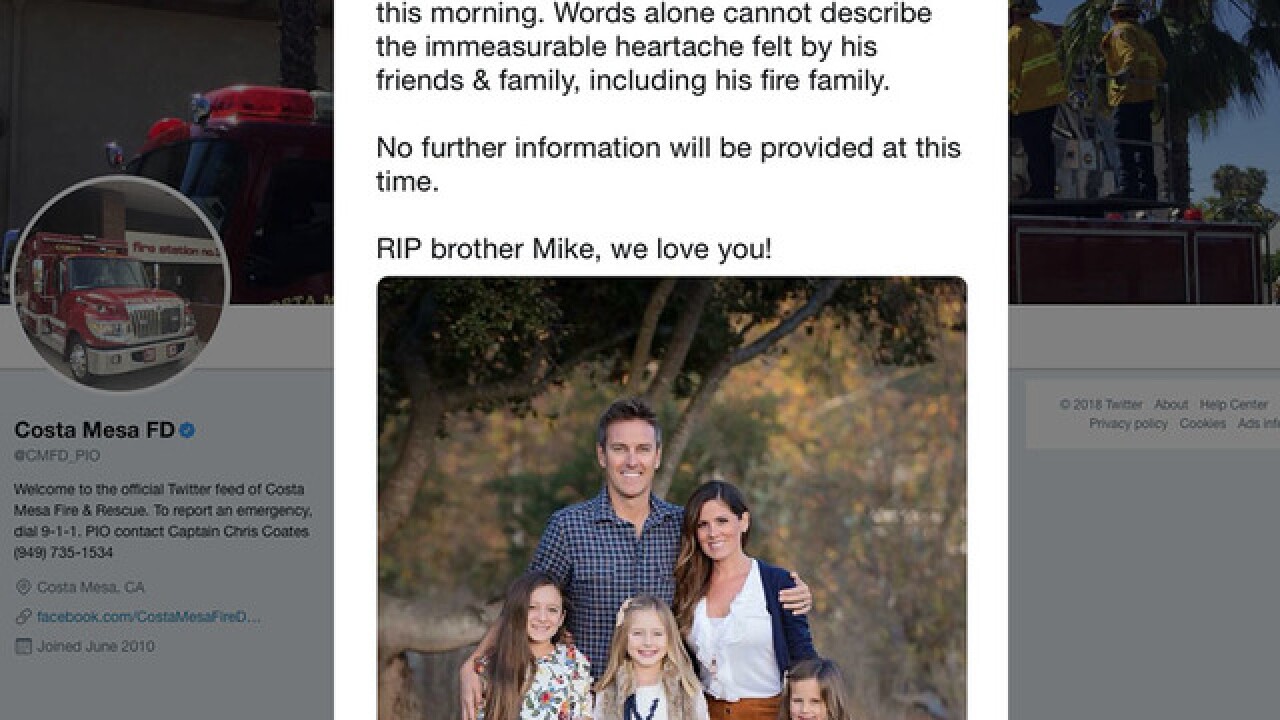 MISSION VIEJO, Calif. (CNS) - A Costa Mesa fire captain left critically injured and unresponsive after he was struck by a drug-influenced motorist while riding his bicycle over the weekend died Monday at a hospital, authorities said.

"Our brother, Mike Kreza, passed away early this morning. Words alone cannot describe the immeasurable heartache felt by his friends & family, including his fire family," the fire department said in a statement Monday morning. "RIP brother Mike, we love you!"

The driver, Stephen Taylor Scarpa, 25, of Mission Viejo, was arrested on suspicion of driving under the influence of drugs.

Kreza, who was off duty, was hit by Scarpa's van. Multiple prescription medications were found inside his van, Braun said.

Scarpa was evaluated for possible DUI at the scene and subsequently arrested on suspicion of felony DUI, Braun said. He was booked into the Orange County jail in lieu of $100,000 bail.

Kreza, an 18-year veteran of the department, was hospitalized in Mission Viejo in critical condition, authorities said.

"We are eternally grateful for the outpouring of support from our brothers and sisters from fire departments, law enforcement agencies, and the collective communities throughout the state," the Costa Mesa Fire Department said in an earlier statement.

Anyone with information on the crash was asked be deputies to call the Orange County Sheriff's Department at (714) 647-7000 or Crime Stoppers at (855) TIP-OCCS.