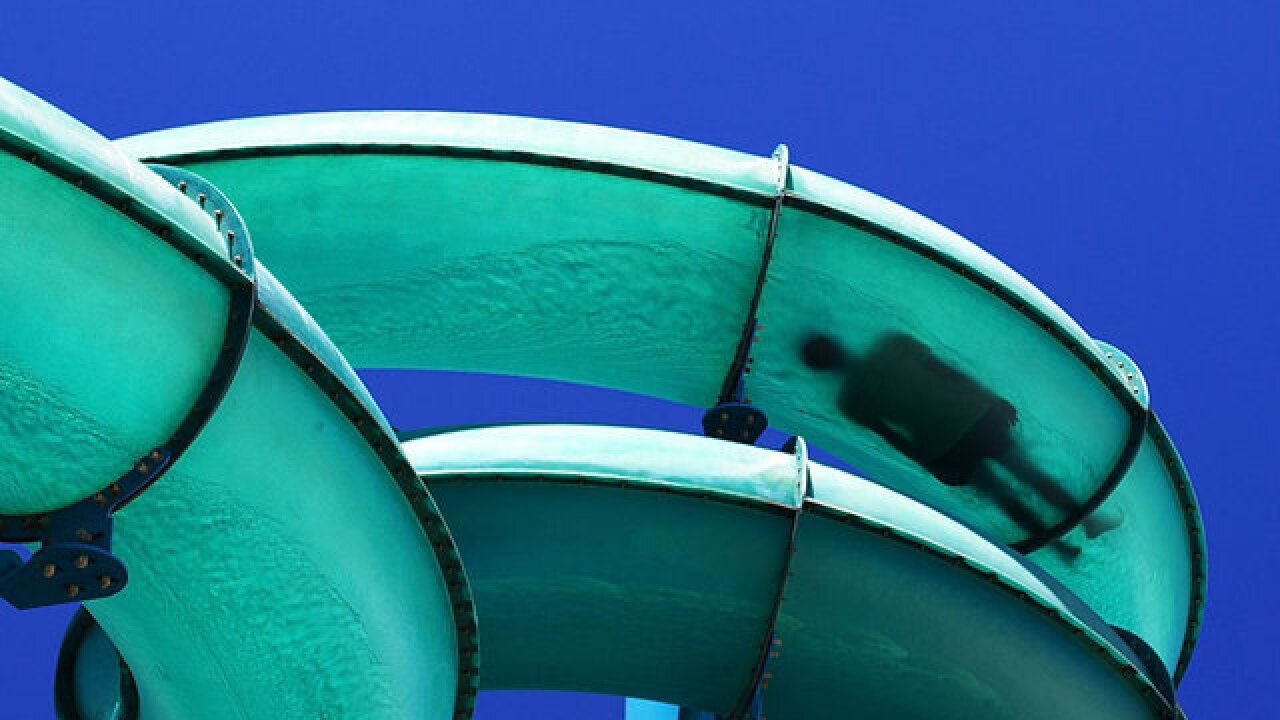 (KGTV) - A man faces a third-degree assault charge for allegedly pushing a boy off a water slide platform at a Minnesota water park.

Roman Adams, 18, is accused of picking up an 8-year-old boy and pushing him off a slide platform at the Apple Valley Aquatic Center. The boy reportedly fell 31 feet onto a concrete walkway below.

KTSP in Minneapolis, citing a criminal complaint, reported that Adams told police that he was waiting in line for a slide, but apparently became impatient; he admitted to officers that he pushed the boy off the platform because the line was taking too long.

The boy, who was not identified, suffered fractures to both of his feet, a broken femur in one leg and broken bones in one of his shoulders, KTSP reported. He remains in the hospital, a family member told KTSP.

Police, KTSP reported, said Adams has some form of developmental disability. KTSP, citing court documents, reported Adams has a personal care attendant to assist him when he leaves his home, but police confirmed that the attendant was at the park that day but not near Adams at the time of the incident.