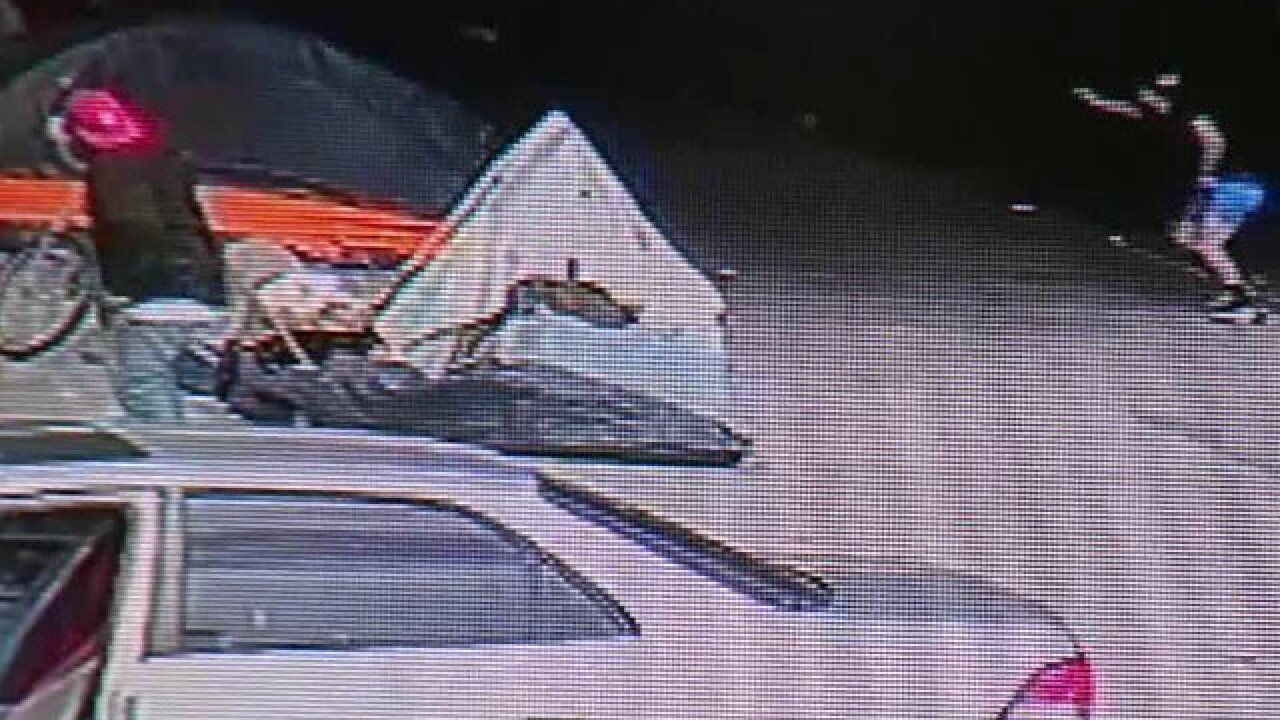 (KGTV) - Los Angeles police are looking for two men who were caught on surveillance video opening fire on a man at a homeless encampment.

According to LAPD officials, the apparent ambush took place July 26 under a freeway overpass on Venice Boulevard in the Mar Vista area.

Surveillance video footage shows a gray Honda Accord pulling up to the camp and the driver getting out of the car. That man is seen pulling out a handgun from his shorts and firing several shots at tents set up on the sidewalk.

In the video, another man exits the car and also appears to be firing at the tent.

Both men run back to their car and speed away.

Police said a man was struck by gunfire and taken to the hospital. He is expected to survive from his injuries.

The driver was described as 5 feet 9 inches tall, about 140 pounds and has brown hair. He was seen wearing a black hat, black T-shirt and blue shorts.

The passenger was described as 5 feet 11 inches tall and about 240 pounds. He was last seen wearing a red hat, black shirt and blue jeans.

Police said they believe the suspected shooters knew the victim and targeted him.

Residents told reporters that the area has been struggling to deal with the growing homeless population.