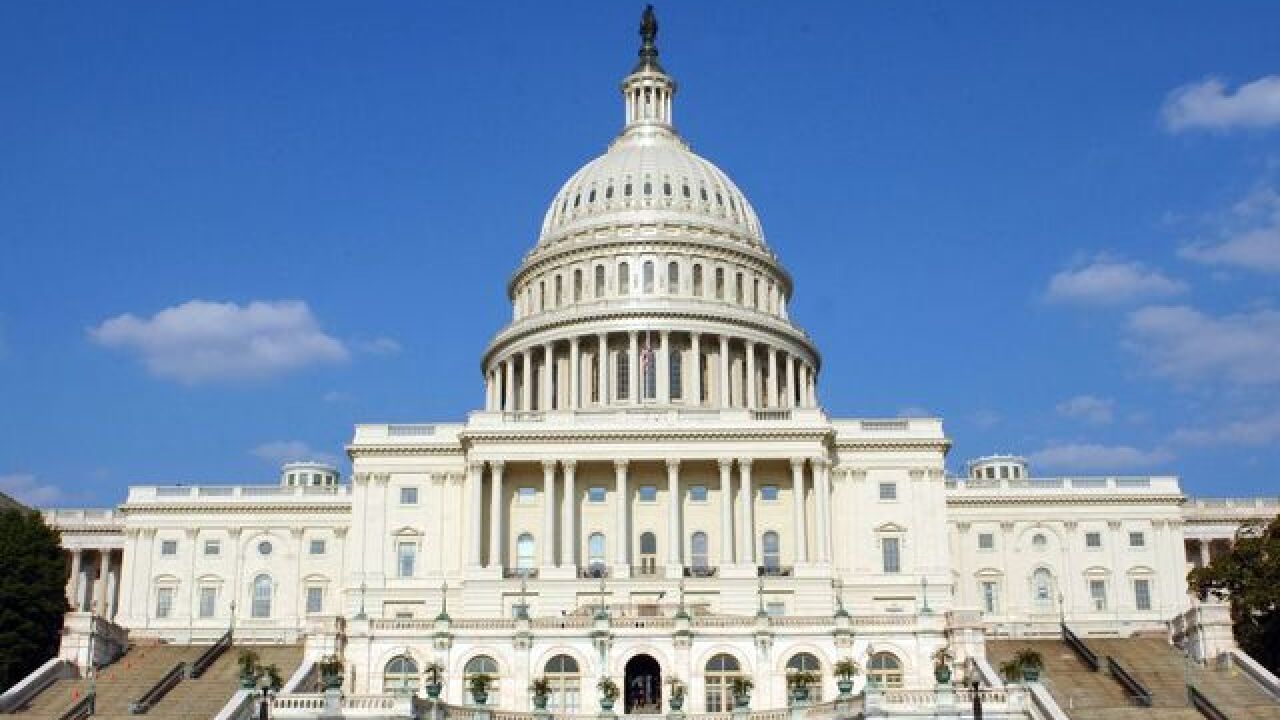 As the government shutdown entered its third day, the Senate Monday morning approved a temporary spending bill to keep the government open through Feb. 8. The bill heads to the House for approval.

A White House official said Monday night that President Donald Trump has signed a bill that will fund the government through February 8.

The House has voted to pass the short-term spending bill to end the government shutdown. The final vote was 266-150 with 45 Democrats voting to end the shutdown.

The bill will now go to President Trump

Monday afternoon, the Senate voted to end the government shutdown three days after it began by passing a short-term funding bill that would keep the government open until February 8. The bill will now go to the house.

Which senators voted against the bill?

18 senators voted against the motion to advance a spending bill to end the government shutdown. https://t.co/gVtZiVpigS pic.twitter.com/c65DcvJRkC

Sen. McCain says "job is far from over"

Now that the Senate has reached a deal to open the government, let’s remember the job is far from over. We must complete a bipartisan budget agreement that will fully fund our military. #PassTheBudget

Trump responds to news of deal
-- President Trump issued a statement on the deal to re-open the federal government:

On potential DACA legislation following shutdown compromise, Pres. Trump says, "We will make a long-term deal on immigration if, and only if, it is good for our country." https://t.co/3rfvHKgPwZ pic.twitter.com/UKUakXn9fJ

Senate agrees to deal to end government shutdown
-- The Senate Monday passed a bill that would re-open the federal government until Feb. 8.

On the Senate floor Monday morning, Senate Minority Leader Chuck Schumer announced that he and Republican Senate leaders reached an agreement that would end the shutdown after three days.

Schumer praises his Republican counterparts and slams Trump for not working on a deal during the shutdown: “The bipartisan group, in a very fine way, filled the glaring absence of the President in these talks” https://t.co/mOrUPApgsL https://t.co/QlX8CQdudB

Democratic Sen. Dick Durbin: "The question now is how we move forward. What I have seen here on the floor of the Senate in the last few days is something I have not seen for years: constructive, bipartisan conversations and dialogue” https://t.co/4BJfstCwcK

The stop-gap funding bill puts off discussion on immigration issues such as the Deferred Action for Childhood Arrivals (DACA) program until February.

While President Trump did not immediately comment on the Senate agreement, he tweeted earlier in the day:

Democrats have shut down our government in the interests of their far left base. They don’t want to do it but are powerless!

Schumer said, "President Trump turned away from not one but two bipartisan compromises. Each would have averted this shutdown."

The bill heads to the House for approval, but in the meantime, hundreds of thousands of federal employees spent Monday anywhere but at their jobs.

Government workers considered essential, such as military members and some medical personnel, remain on the job and are getting paid.

San Diego military bases respond to shutdown
-- Officials at San Diego-area military bases issued statements on how they are operating during the government shutdown.

Throughout the furlough, Marine Corps Base Camp Pendleton will be able to maintain essential services and range operations to allow our units to continue to train for scheduled deployments and to sustain preparedness as America's Expeditionary Force in Readiness.

The exchange services aboard Camp Pendleton will remain in operation as they are provided under separate funding.

We are hopeful Congress reaches an agreement in the near future so we can return to normal operations.

Naval Base Coronado officials said:
-- All Entry Controls Points will operate as scheduled
-- Airfield and Port Operations will operate as scheduled for military operations
-- The Visitor Control Center will be closed
-- The Small Arms Range will be closed
-- All Fleet and Family Services including CDC, gym, movie theater, golf course, bowling alley, liberty center, marina, pizza parlor, etc. will remain open
-- However, the commissaries will be open only Mon - Wed and close Thurs. and closed for the duration of the government shutdown
-- Childcare facilities for military personnel will be open

Base officials added:
-- Please call ahead to any Navy installation facilities you may want to use to determine if it is open and if there are any changes to hours of operation
-- Please double-check information with appropriate authorities regarding pay and housing impacts posted on non-government social media sites as not all of this information may be accurate
-- Civilian employees who are designated "non-exempt" should report to work on their next shift or workday to receive their furlough letter. If you are unsure of your status, please contact your supervisor
-- When the government shutdown ends, civilian personnel should return to work on their next shift or work day. If you have questions about returning to work, please contact your supervisor

By law, during a government shutdown the Marine Corps is only allowed to conduct "excepted" activities designed to protect life and property, to include authorized military operations, police, fire and emergency services, and activities that directly support such efforts.‎ Military personnel and excepted civilian personnel will continue to work through the period of shutdown.

Who's affected by government shutdown

-- 850,000 government employees were furloughed in 2013. A similar number of employees are expected to be affected this time around
-- 1.3 million active-duty military members may not get paid, but will be expected to go to work anyway
-- 1.87 million could be exempted from furlough including those who work for at the Transportation Security Administration and food safety inspectors, Border Patrol officers and federal prison guards
-- 700,000 undocumented immigrants who are part of DACA as no fix is in place ahead of the March 5 deadline
-- 9 million children under the Children's Health Insurance Program will have less centainty about the future of the program