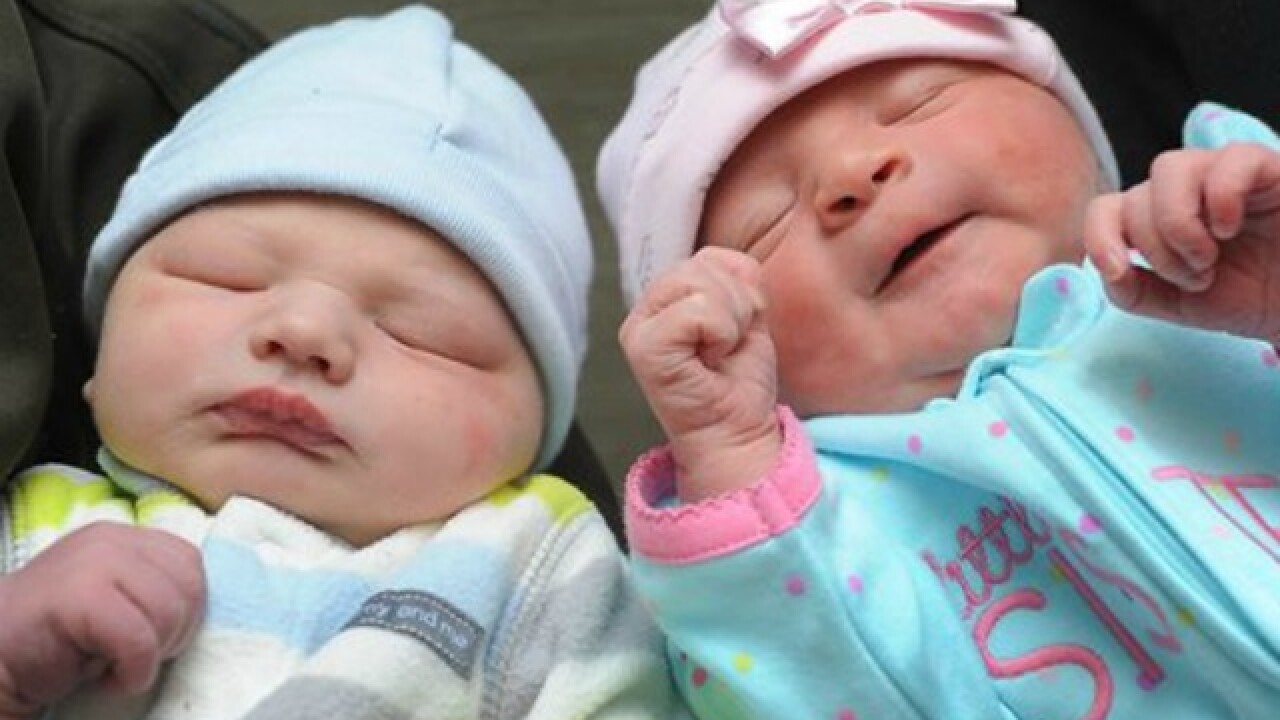 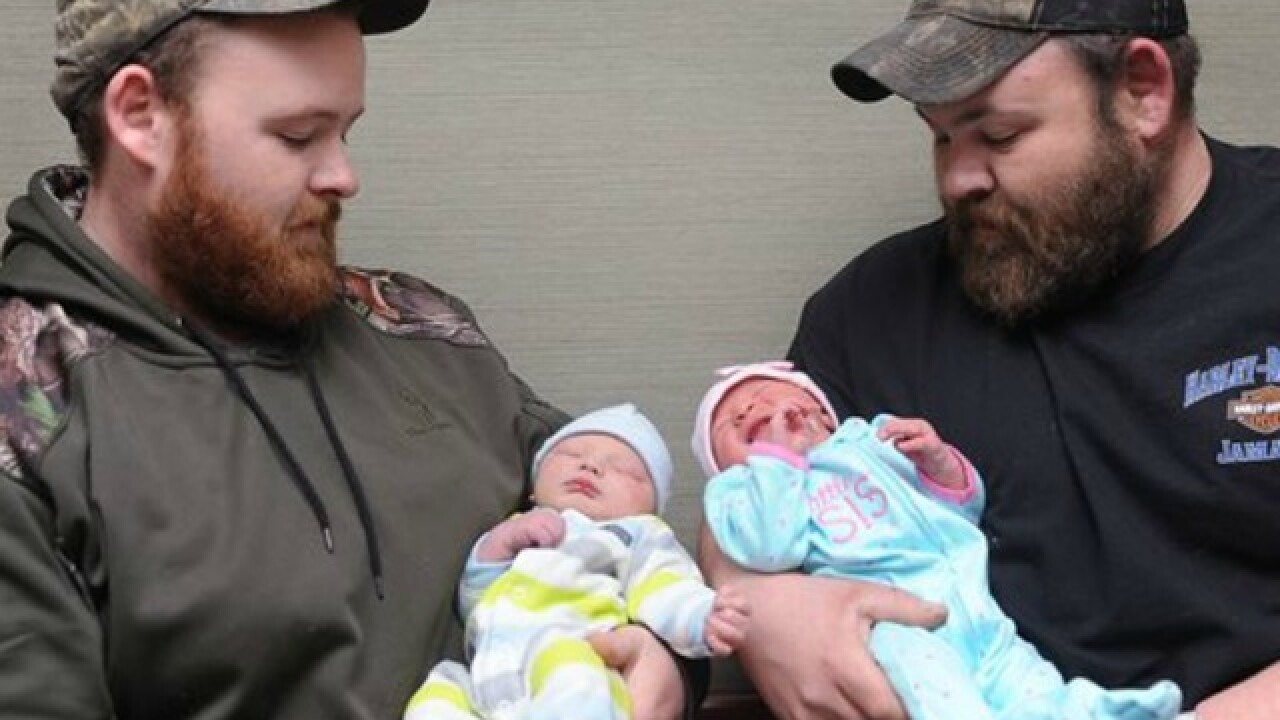 When two Wisconsin brothers found out their babies were due a week apart, the newborns' arrivals turned into a bit of a family competition that ended in a relative tie.

Both babies were born at the same hospital in Kenosha on the same day, delivered by the same doctor.

Chris and Courtney Hicks arrived for a scheduled cesarean section Friday at Aurora Medical Center and found out Chris' younger brother Matt and his fiancee, Allie Osheim, were already at the hospital, awaiting their newborn's arrival.

Family members tell WISN-TV that visiting the new cousins is easy because they can just walk from one hospital room to the one next door.