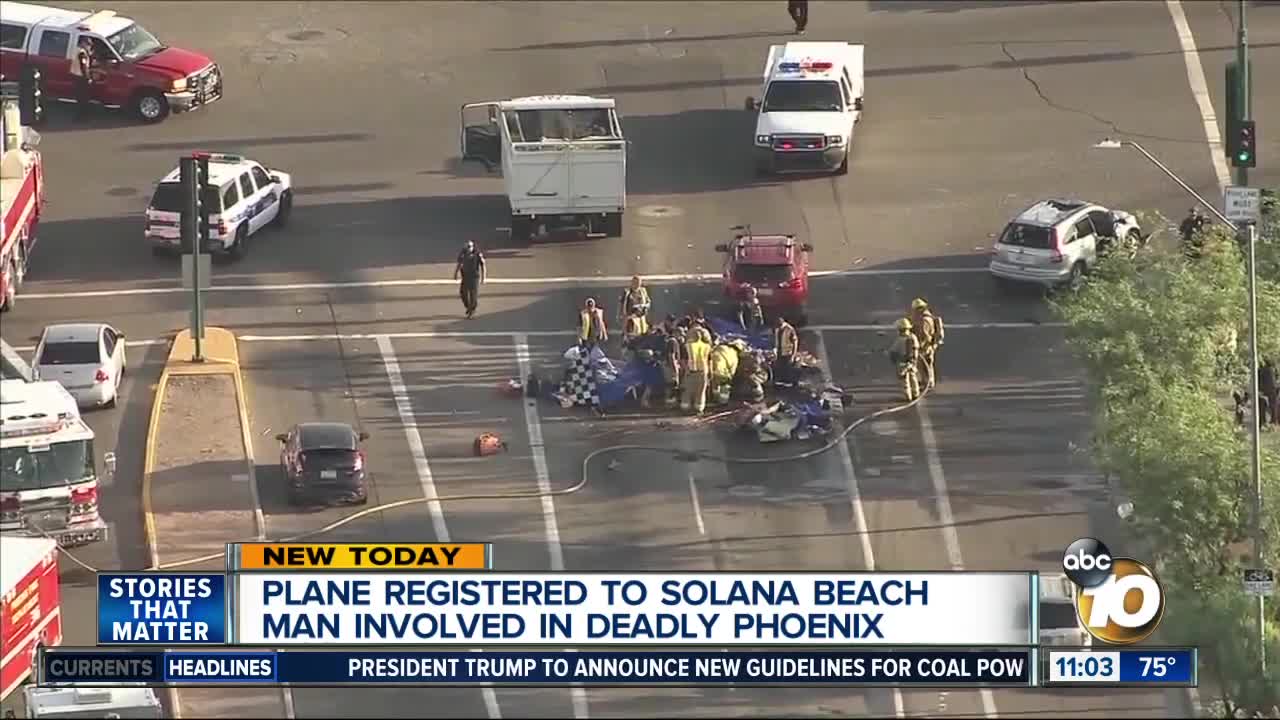 One person died on impact. 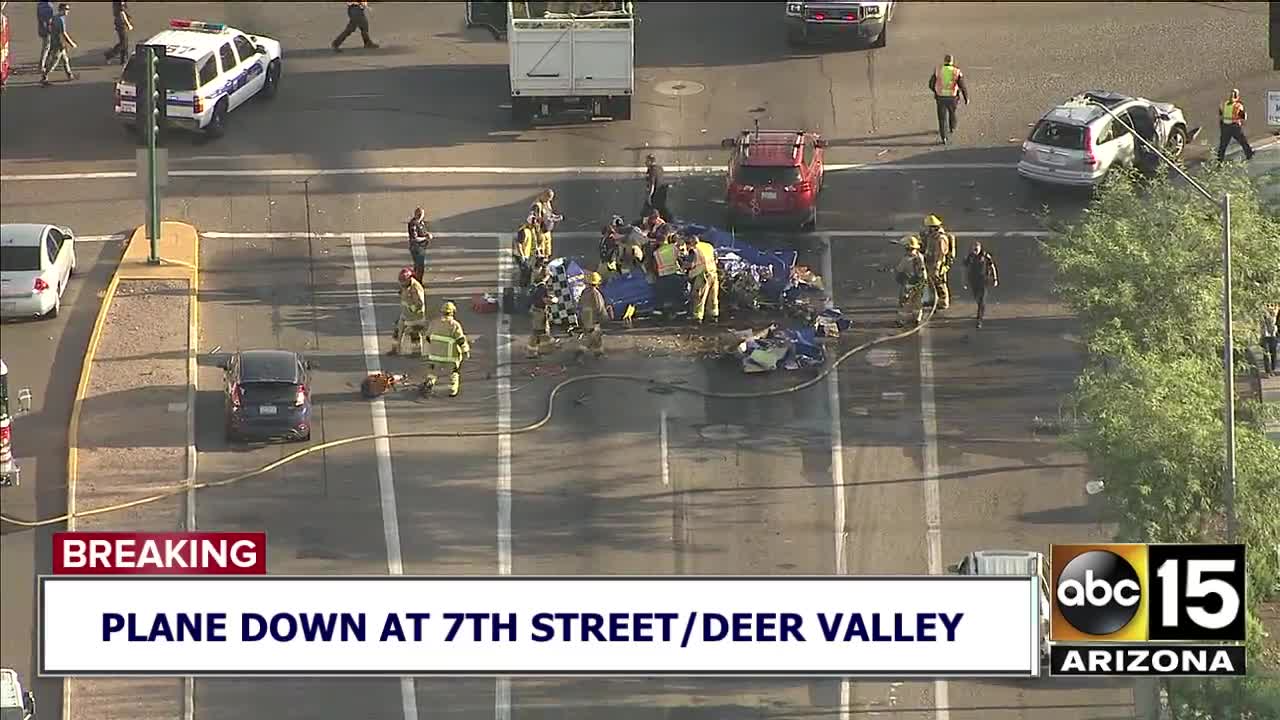 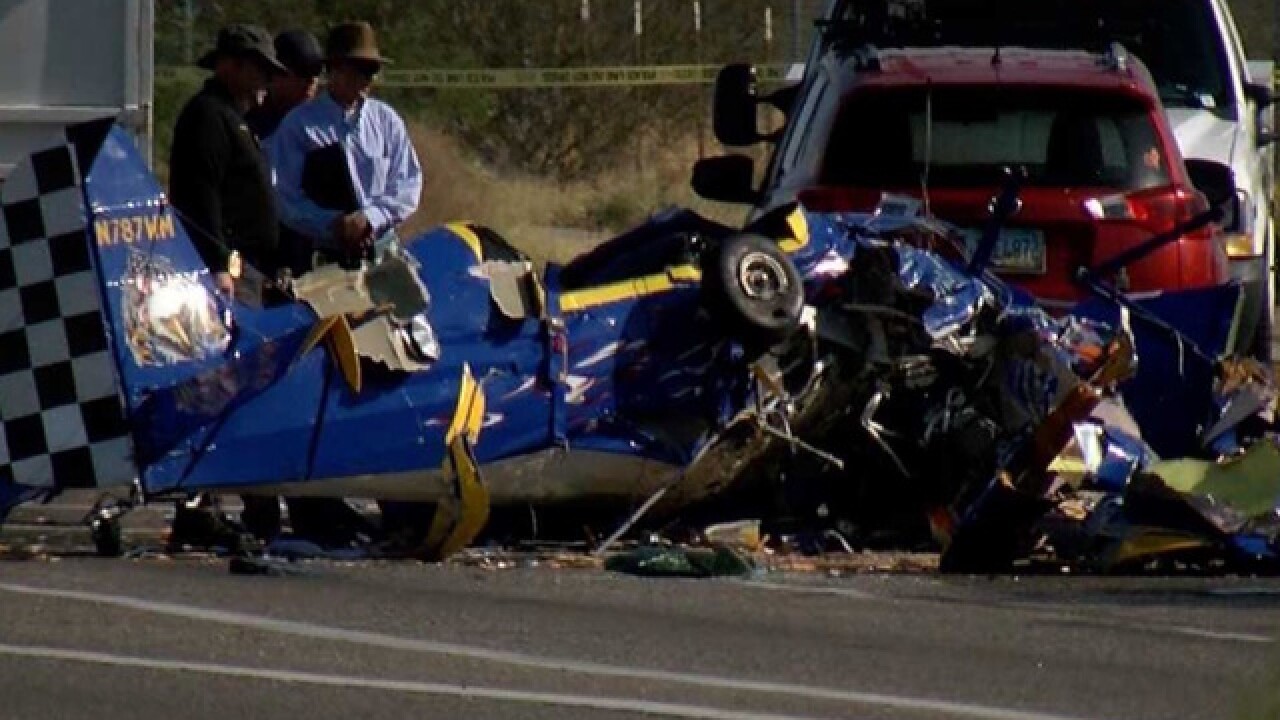 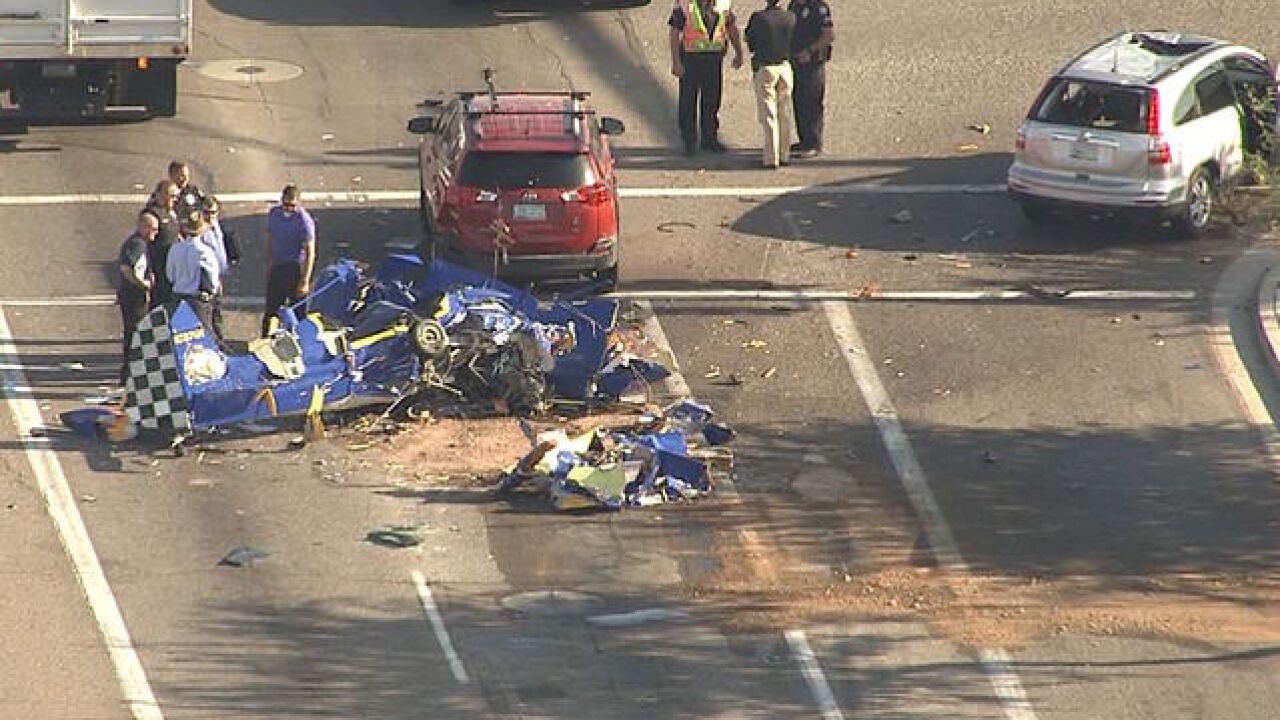 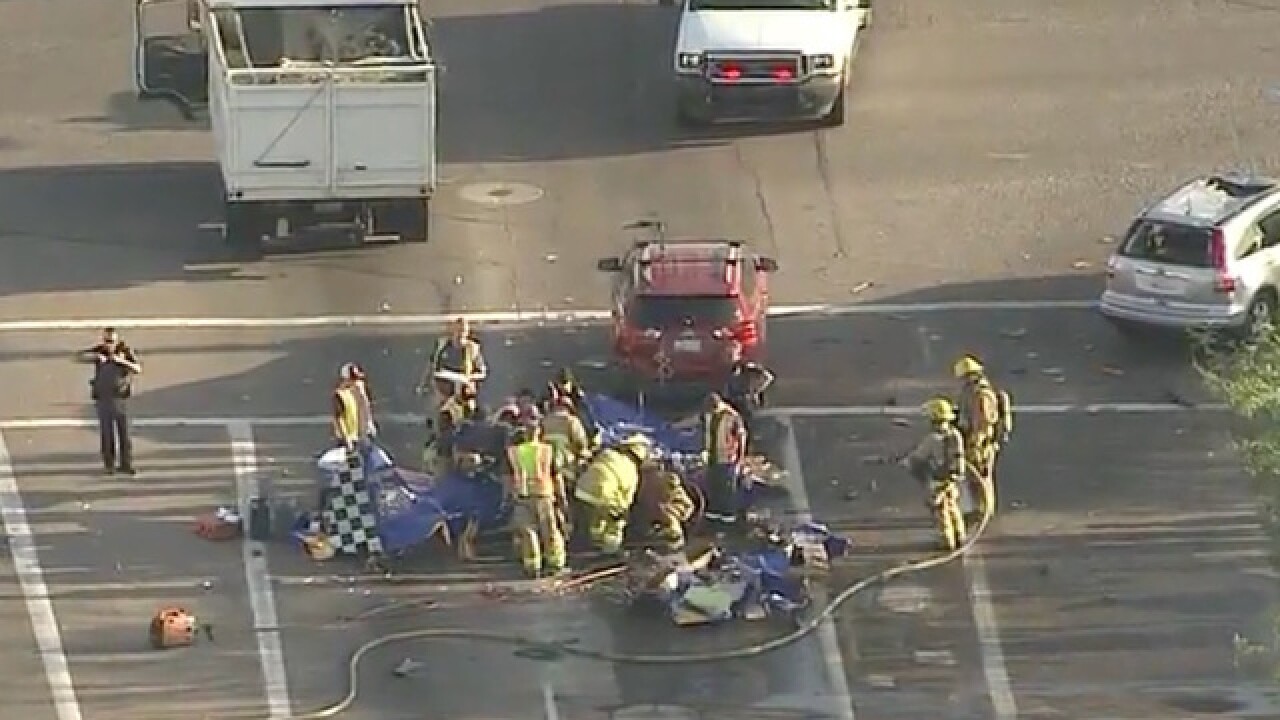 PHOENIX (KNXV/KGTV) - A small plane that crashed on a Phoenix street Monday morning -- killing both passengers  -- was just sold from a pilot in Solana Beach.

The victims have been identified as 54 year-old Theodore Rich and 49 year-old Elaine Carpenter.

FAA officials said the aircraft involved is a single-engine, home-built Acroduster. The plane went down in the intersection of 7th St. and Deer Valley Dr., near an FBI field office, at around 6:50 a.m. local time.

One eyewitness said he saw the plane go down. At first he thought it was aerobatics, but after seeing the plane heading straight for the ground, he knew something was wrong.

Video from the scene showed emergency crews working around debris in the roadway near several damaged cars. Police told media on scene the vehicles had substantial damage but no one on the ground was hurt.

10News reporter Lauren Davis talked to Avi Maltzman, the Solana Beach man who just sold the plane to Rich this weekend. Maltzman said he flew with Rich for several touch-and-goes and described Rich as an experienced pilot. Maltzman said Rich even called him from Arizona just to let him know he made it home safely.

“He impressed me very well with his flight skills. He did good eight or nine landings. He was comfortable and I felt comfortable with him," said Maltzman.

Maltzman said the plane was built by professionally in Santa Barbara in 1993. Maltzman bought the plane in 2011 and said it was in great condition.

Those who knew Rich said flying was his passion. They said Rich died doing what he loved.