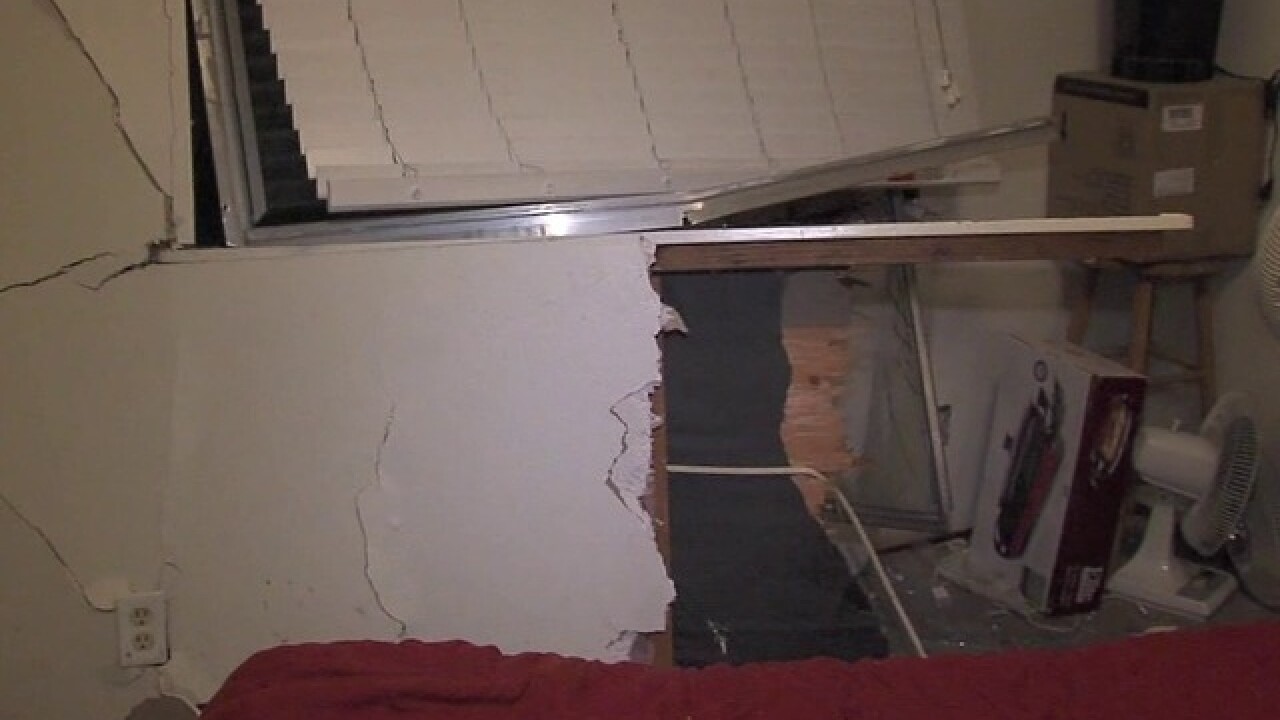 By: 10News Digital Team
Posted at 7:44 AM, Jan 14, 2016
SPRING VALLEY – A woman was trapped in her bedroom pickup truck slammed into a Spring Valley home early Thursday morning, leaving behind a trail of damage.
The crash occurred sometime before 2 a.m. in the 10300 block of Campo Road. According to neighbors, the driver was going up and down the street looking for his dog. When he thought he had found the dog, he put the truck in park and jumped out. However, seconds later, the truck came barreling down into the house.
A woman was asleep in her bedroom when the truck hit. She awoke to find a hole in the wall and a 48-inch TV pinned on top of her legs. A neighbor had to lift the TV so she could get free. The woman was not seriously hurt.
The damage scattered shattered glass and pieces of the wall.
It was unclear if the woman was taken to a hospital or if the driver would face any charges. A financial estimate of the damage to the home was not confirmed.
Scripps Only Content 2015