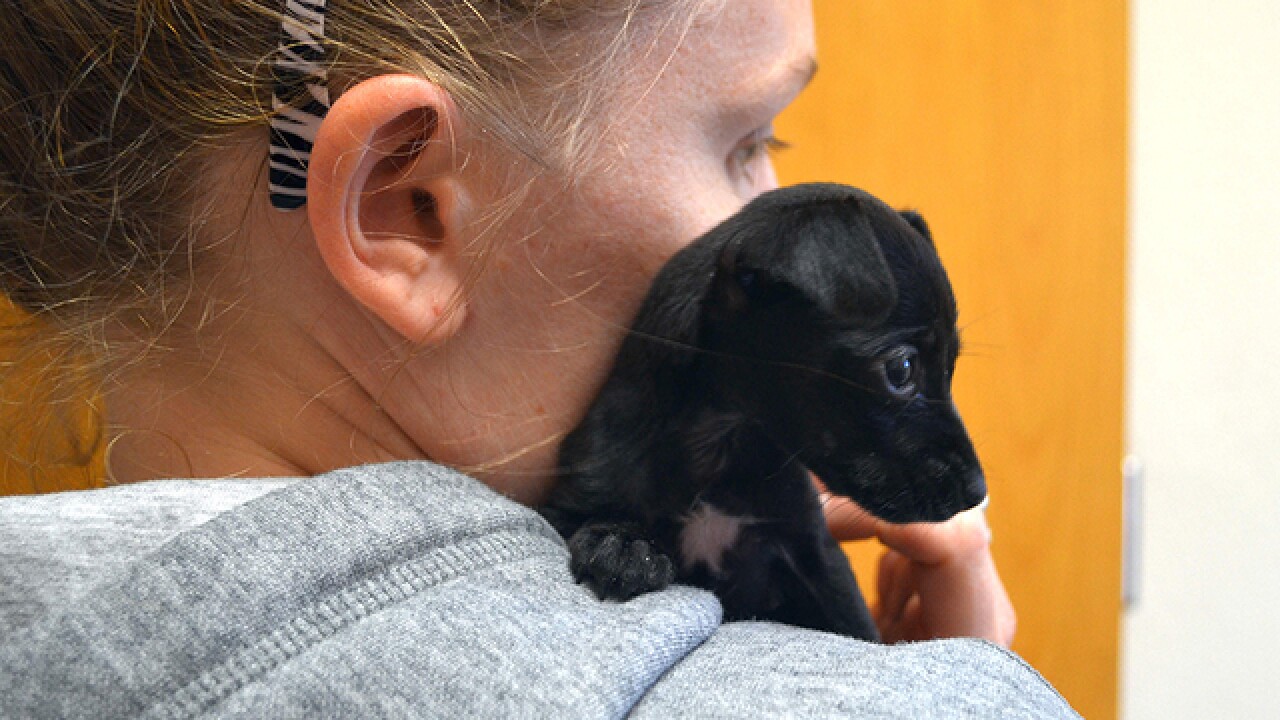 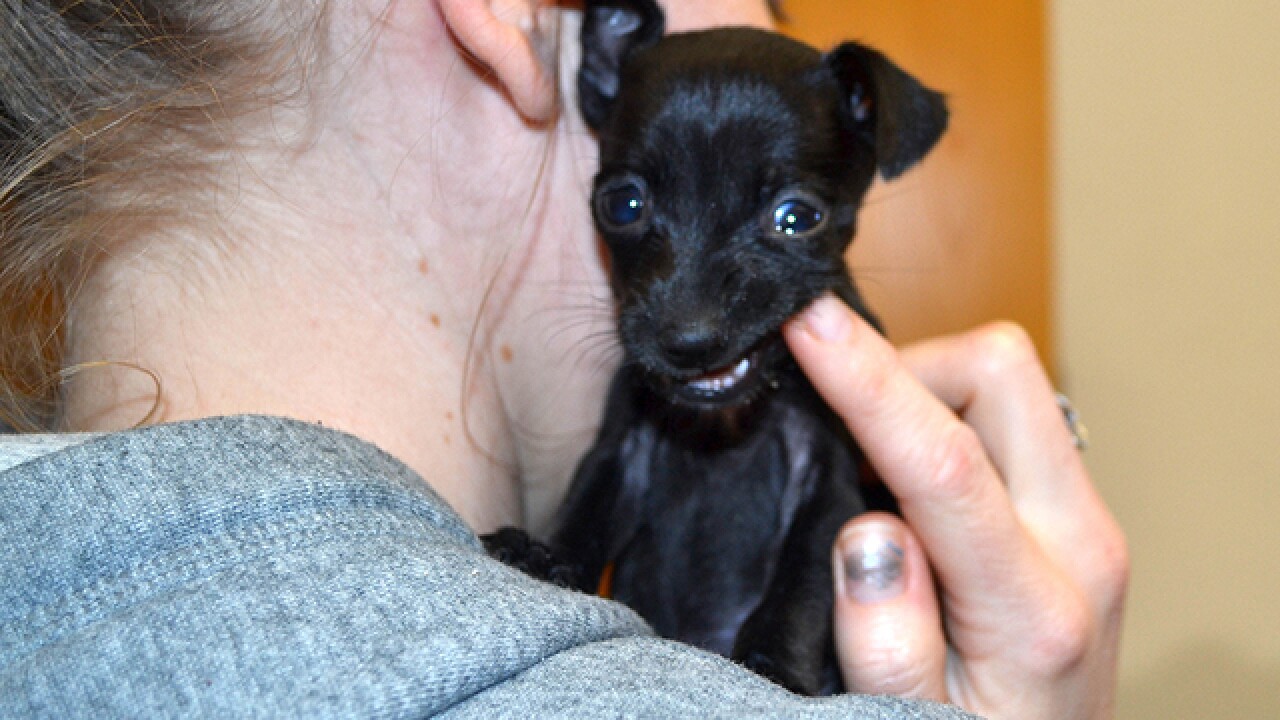 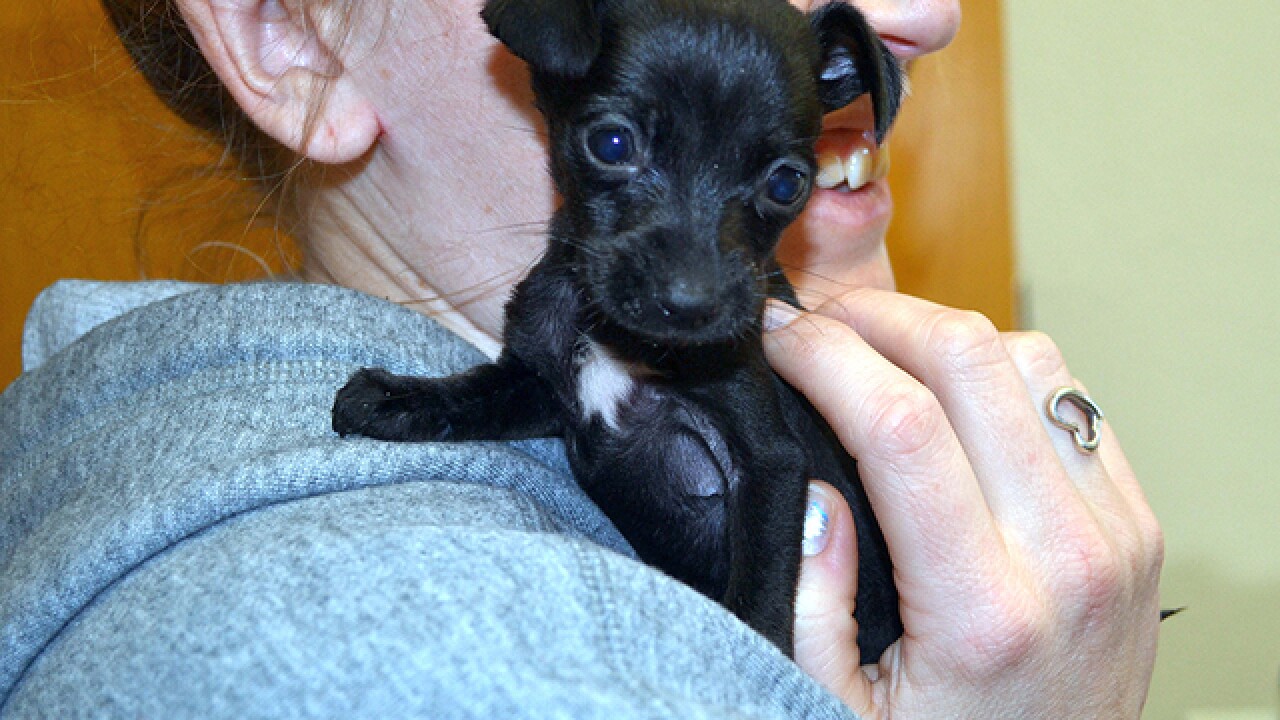 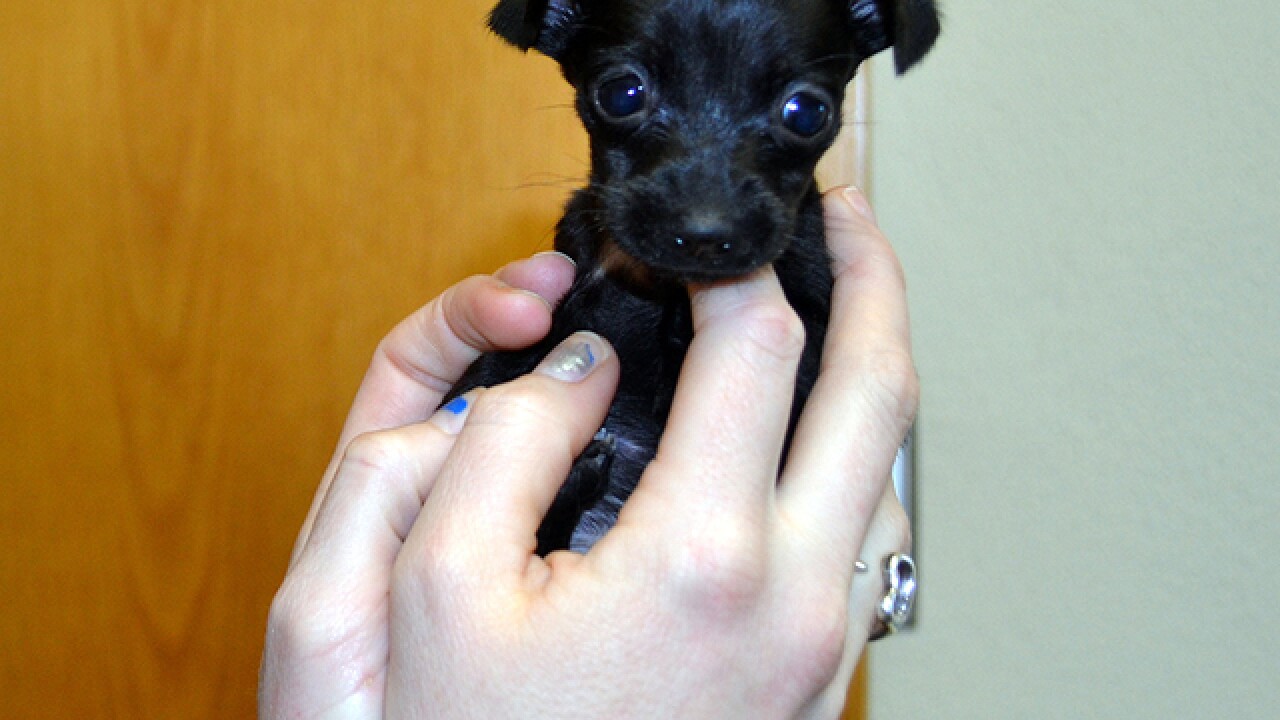 RANCHO SANTA FE, Calif. - A tiny puppy is being tended by staff at the Helen Woodward Animal Center after arriving under mysterious circumstances earlier this week.

The black puppy, weighing less than one pound and estimated to be only a couple of weeks old, was discovered Monday in the crate of an adult orphan dog named Bruce, and center staff initially couldn't figure out how she got there.

She was dubbed Piccolo because of her small size.

"There was so much confusion about where she had come from," said LaBeth Thompson, who manages animal inventory for the center.

"Four of our staff members were checking around the building to see if Piccolo was one of ours and trying to figure out how she had ended up in Bruce's crate," Thompson said. "We have such a regular morning routine with feeding and caring for the pets and it was so unusual to find a puppy that no one was familiar with."

They looked at surveillance footage and watched as a young, blonde woman drove up, got out of her vehicle and carried the puppy into the building. Two dogs waited in her car while she dropped Piccolo off.

"We understand that whoever did this may have had good intentions, but leaving such a young puppy in a place we may not have found it for many hours is not a way to ensure this puppy's health," said Animal Services Manager Ed Farrelly. "Its body temperature could have dropped dangerously low and it could have been severely malnourished and dehydrated by the time we found it."

Piccolo is under constant care and is being taken home each evening by center veterinary technician Shea Halle, who is monitoring her health.

Center officials said Piccolo shows clear signs of missing her mother, snuggling and nuzzling into Halle's neck, and trying to nurse like a kitten.

Piccolo should be available for adoption when she is about 8 weeks old and is able to be spayed and receive all of her vaccinations, according to the center.

Information on Piccolo is available by calling the center's Adoptions Department at (858) 756-4117, ext. 1, visit www.animalcenter.org. The center is located at 6461 El Apajo Road in Rancho Santa Fe.