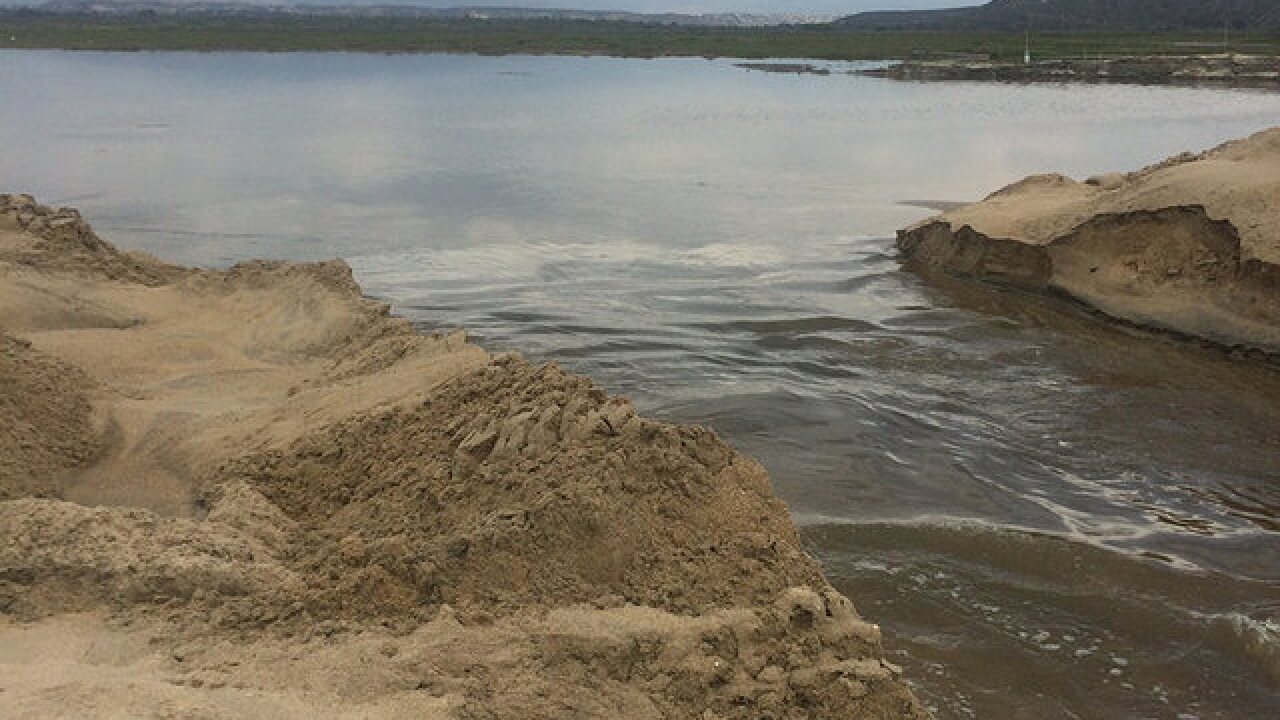 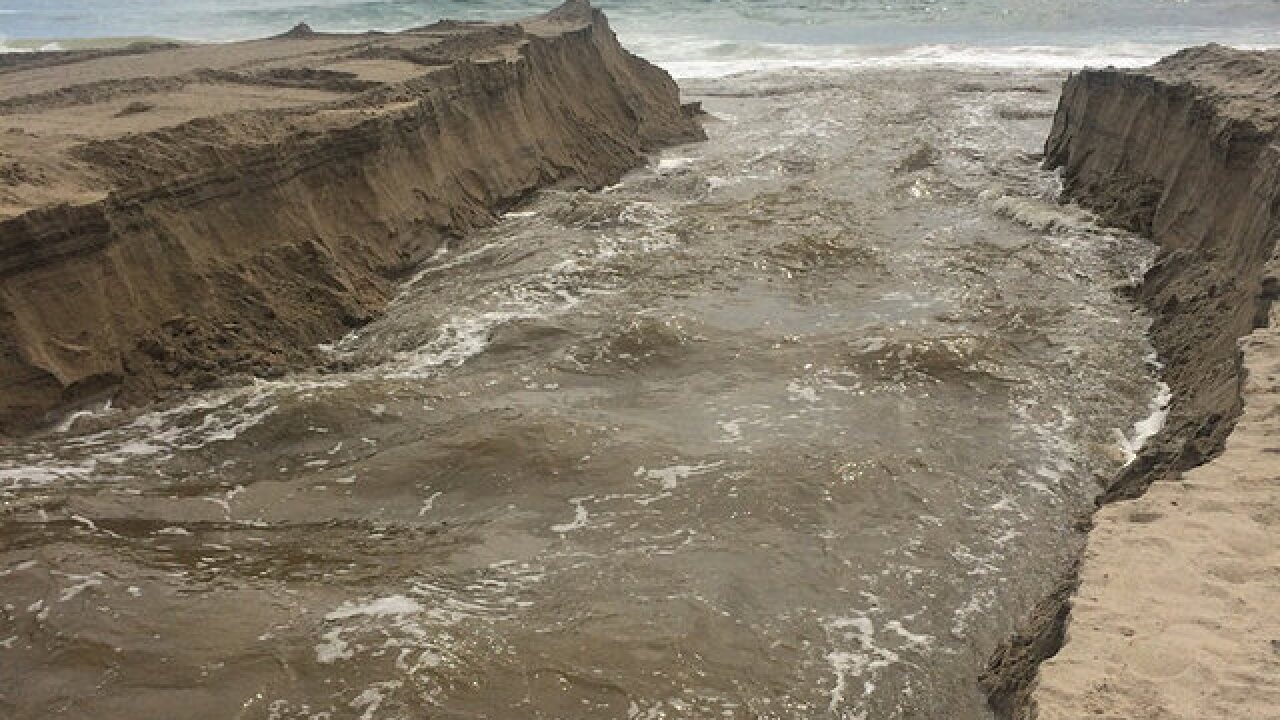 A giant excavator dug a trench Monday through a beach that isn't supposed to be near the Tijuana River Estuary.

The beach formed the past two weeks and blocked the mouth to the river.

The estuary is supposed to open to the Pacific Ocean at the river mouth. The tide helps cleans the water.

"So think about the tide is like you breathing," said Collins.

The birds, animals and fish that call the estuary home were in danger because the water was not circulating and it's filled with dangerous runoff from Tijuana.

"[Tijuana] had to close down their sewage diverter pipe several days ago. So there's raw sewage in this system," said Collins.

The Fish and Wildlife Service said the tide moved beach sand from Imperial Beach down to the river mouth two weeks ago. It finally built up enough to close off the estuary.

Armed with an emergency permit from the Army Corps of Engineers, the Wildlife Service brought in an excavator to dig a narrow trench between the estuary and Pacific Ocean.

"Seawater is going to return. It's freshwater mixed with whatever was in there," said Collins.

The excavator dug a ten-foot wide trench between the two bodies of water Monday afternoon. The pressure from the estuary immediately made it wider.