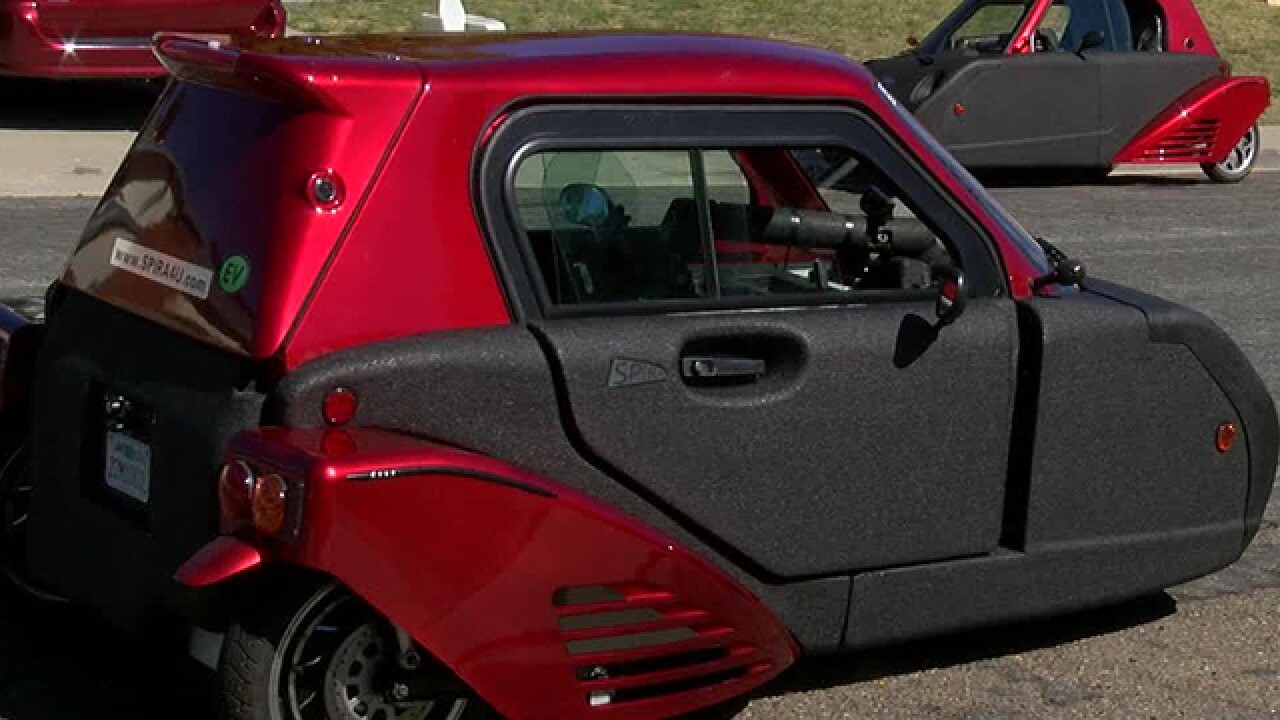 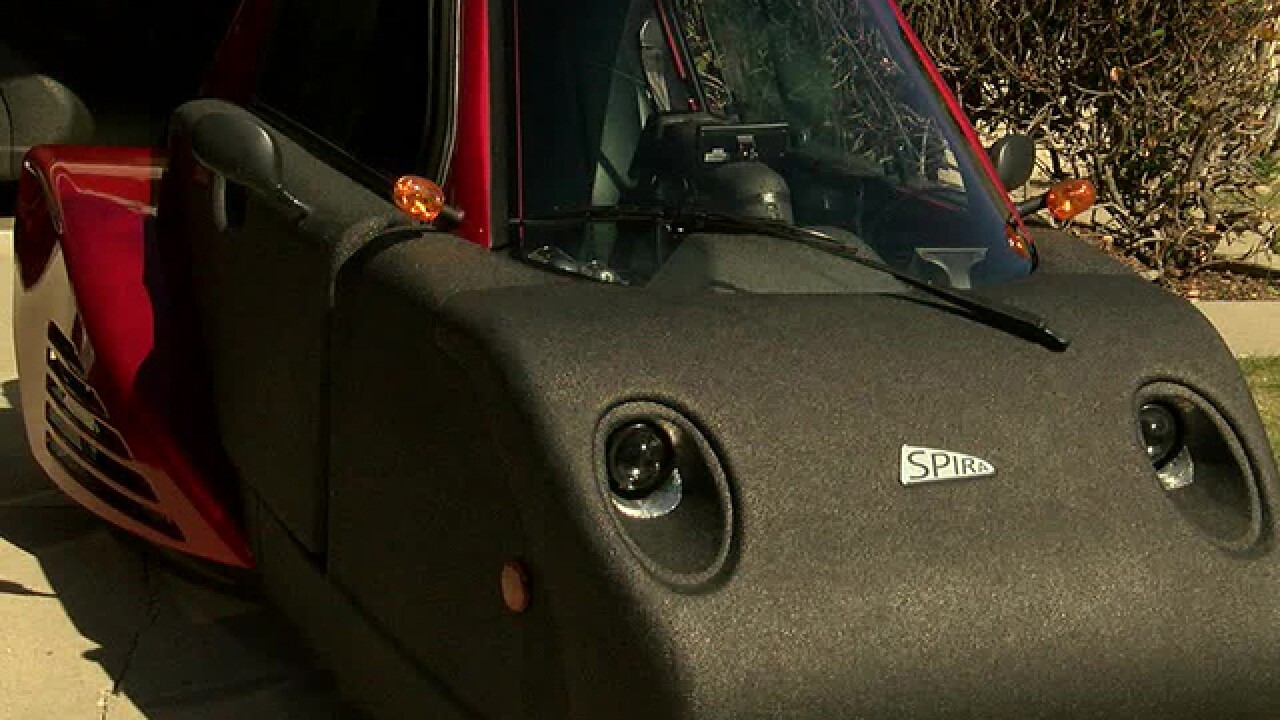 A Tierrasanta man claims the special vehicle he invented will save lives.

Lon Ballard's home has become a showroom of sorts for an invention he started thinking about in the 1980s.

"Now, we have 18 in California," said Ballard, CEO of Spira4U. "It's the safest, greenest, cleanest vehicle in the world."

Ballard claims the Spira, technically a three-wheeled motorcycle, is the solution to saving lives on the road. Statistics show about 1.2 million people worldwide die in a crash every year.

"This foam on the outside to protect both pedestrians and the people inside," said Ballard. "Do you want four feet of foam or metal in front of you when you crash?"

In addition to foam, the Spira has a honeycomb core board chassis that's 10 times stronger than plywood and 100 percent recyclable.

Recently, the Insurance Institute for Highway Safety put the Spira to a 40 mph small-lapse crash test. It's the kind of crash where a vehicle hits an object like a pole or tree.

Ballard said the Spira bounced off or slid off the metal object rather than coming to a dead stop like typical cars.

"Mothers Against Drunk Driving should be 'Mothers Against Dumb Design,'" added Ballard. "This is a very light vehicle; that's to save resources. When you hit people, you don't kill them."

That material and design is what makes the Spira float like a boat as their recent test at Lake Miramar showed.

"You'll never die in a Spira from drowning because it floats," said Ballard.

"It's actually pretty fun to drive. It feels like halfway between a go-cart and a motorcycle," said Santos.

Ballard started making and testing prototypes while in Thailand, where he lived for a few years after he retired as an engineer. Since then, he found a Chinese manufacturer that has built 50 Spiras so far.

Ballard used to have 15 Spiras in his backyard. Now, he has 10 of them available at rental car companies for people to rent. The rest of them are ready for a buyer.

Ballard was also one of 12 finalists from around the world in the X-Prize competition, which inspires the newest generation of fuel-efficient vehicles.

Ballard said his design is the only one on the market now.

If you're interested in buying one, the electric version costs $10,000, while the gas version of the Spira costs $6,000.

You can learn more at www.spira4u.com.