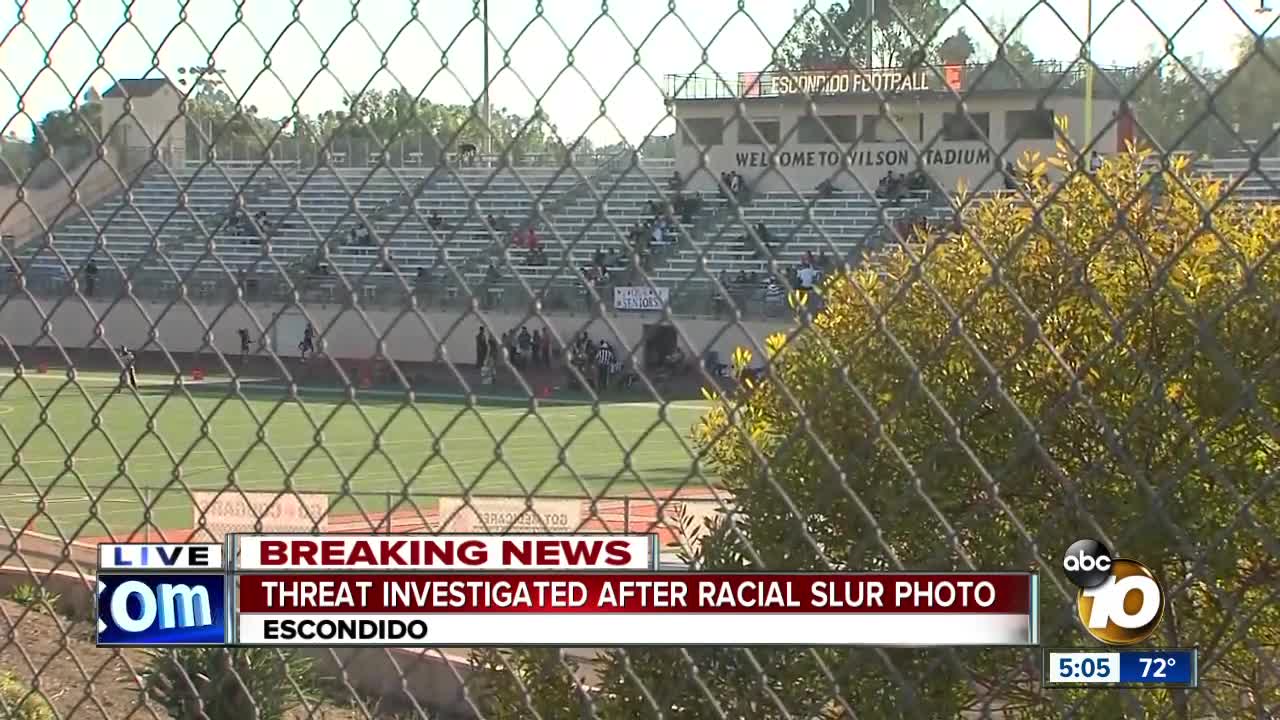 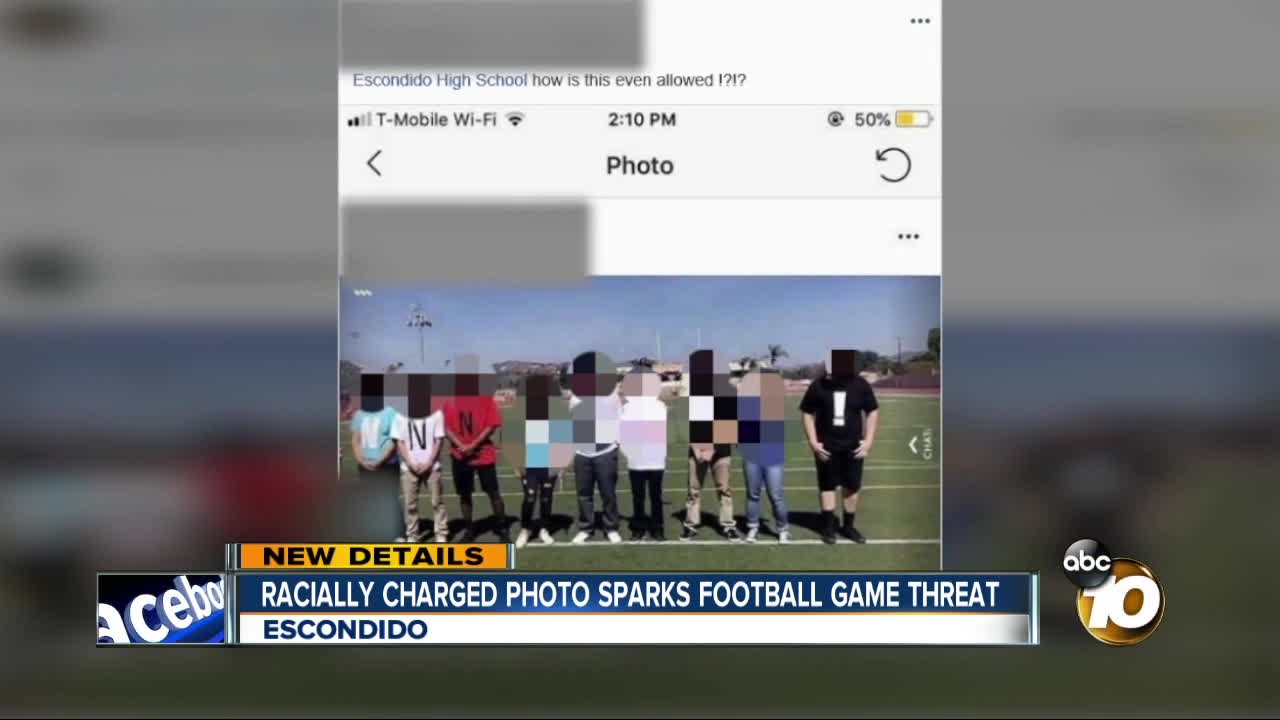 The threat, which was reported just before noon, appeared to originate on social media, police said. Officers are investigating to determine who sent the threat and whether it is valid.

According to police, the threat was in response to a racially charged picture involving Escondido High School Seniors. The photo began circulating on social media Thursday.

Extra officers were at the football game.

The school district released this statement to 10News:

"After consulting with the Escondido Police Dept., they advised the level of threat did not warrant cancellation. We are working with them at the game to ensure safety of our students, families and community."