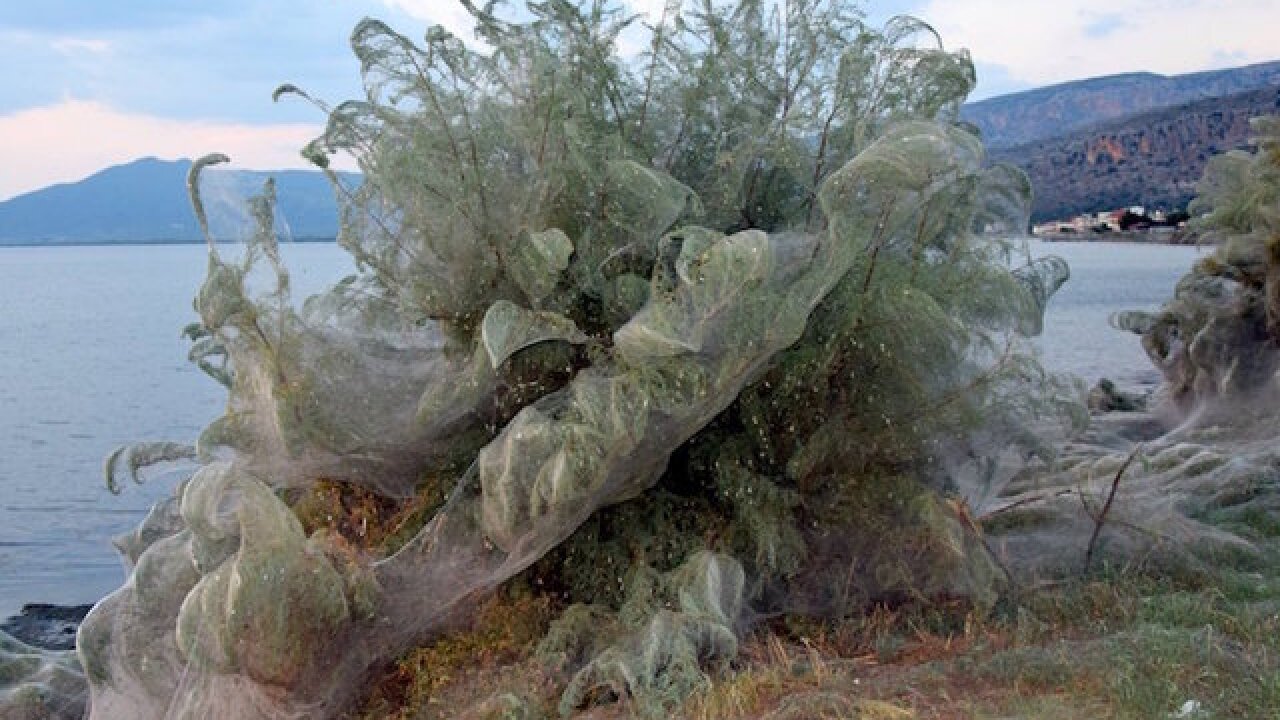 Copyright 2018 Scripps Media, Inc. All rights reserved. This material may not be published, broadcast, rewritten, or redistributed.
Giannis Giannakopoulos
<p>Town of Aitoliko covered in webs during rare phenomenon</p> 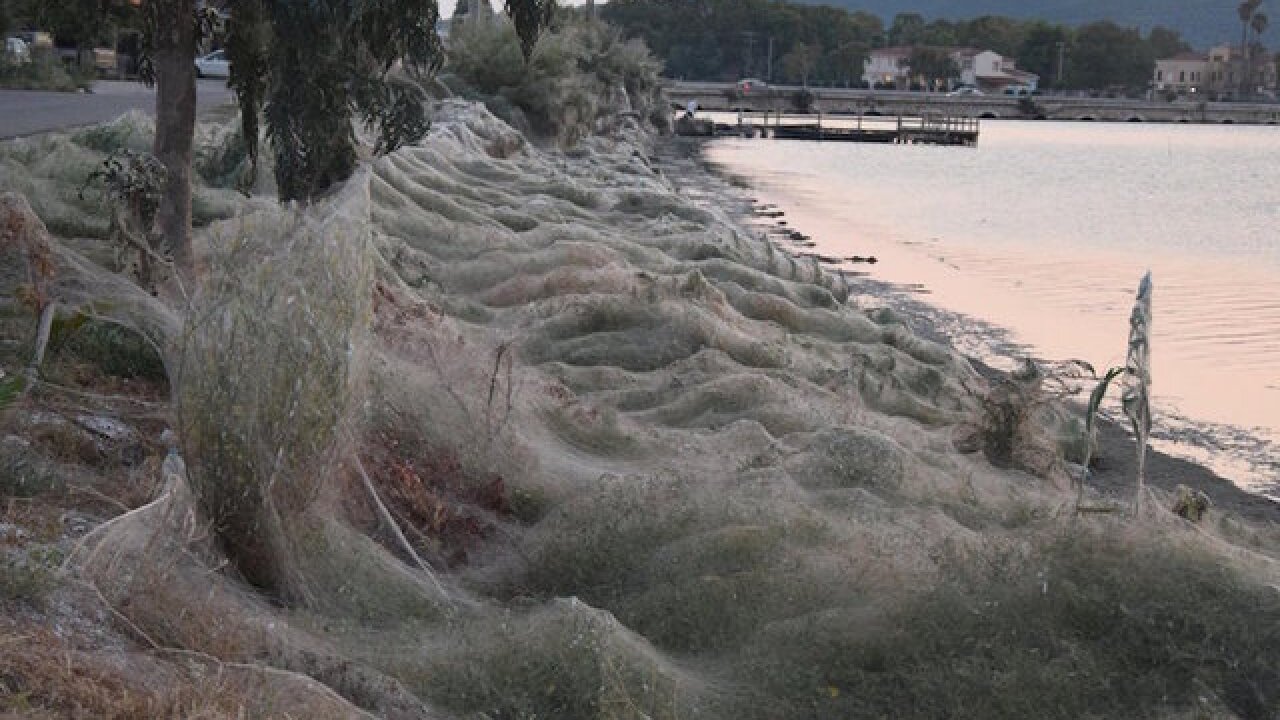 It sounds like a something out of a horror movie: A town covered in thousands of webs, each crawling with hordes of spiders.

But for residents of a town in Greece, it's a spooky reality.

In recent days, the webs have draped plants, trees and boats along the lagoon in Aitoliko, a town of canals that's otherwise known as Greece's "Little Venice."

Giannis Giannakopoulos noticed the "veil of webs" earlier this week and captured the spider creations with his camera.

"It's natural for this area to have insects, no one is especially worried," he told CNN. "But I have never seen any spider webs this big in my life."

The phenomenon is rare, although the webs have appeared before in other parts of the country.

According to arachnologist Maria Chatzaki, they're always from the same type of spider: the Tetragnatha genus, a tiny critter no longer than 2 centimeters, or 0.7 inches.

Chatzaki told CNN the webs often turn into sheet-like covers that are home to thousands of spiders living underneath.

Behind the phenomenon, Pergantis said, are the spiders' favorite snacks: gnats.

Small mosquito-like insects with a lifespan of two to three days, gnats use most of their existence to reproduce. They thrive in hot, humid temperatures and continue to reproduce during that time.

And since temperatures in Aitoliko lately have been ideal for gnats, Pergantis said there has been a whole lot of reproduction going on.

"When these temperatures last long enough, we can see a second, third and fourth generation of the gnats and end up with large amounts of their populations," he said.

With the growth of the gnat population, the spiders also thrive and multiply.

"It's the simple prey-predator phenomenon," Pergantis said. "It's the ecosystem's natural reactions and once the temperatures begin to drop and the gnat populations die out, the spider populations will decrease as well."

Neither the gnats nor these spiders are dangerous to humans. But Aitoliko residents will need to do a lot of dusting.