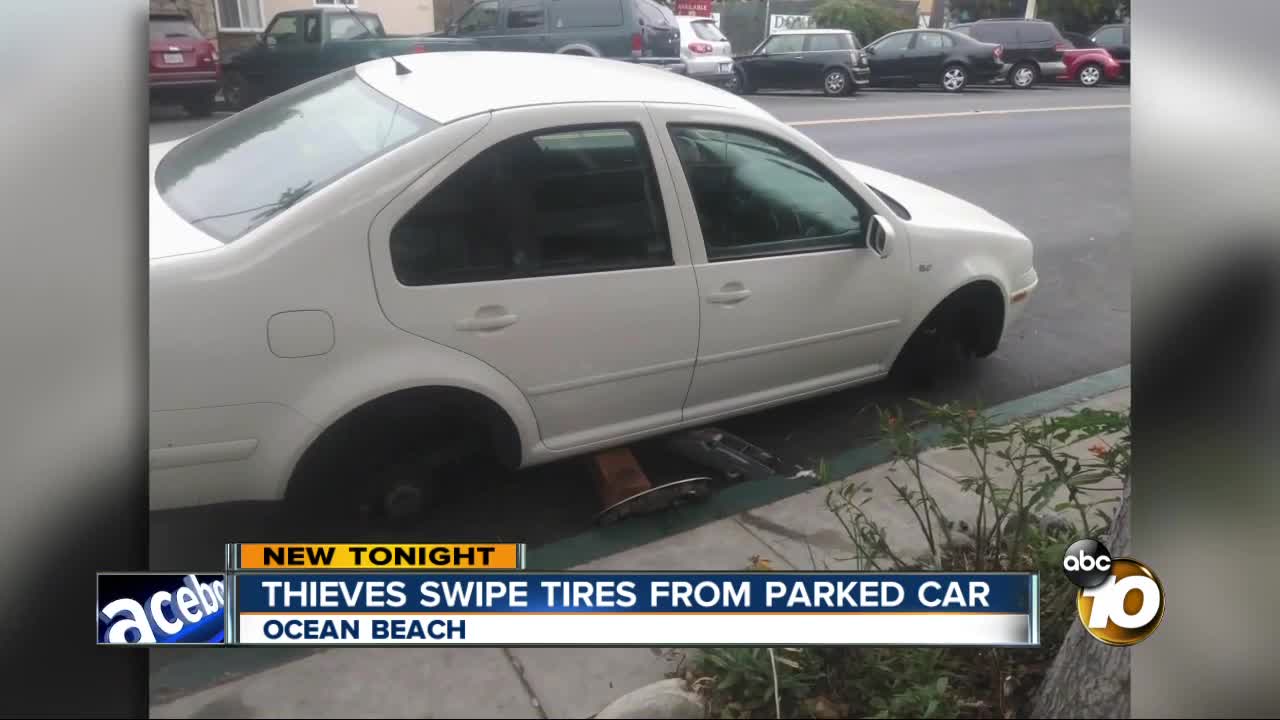 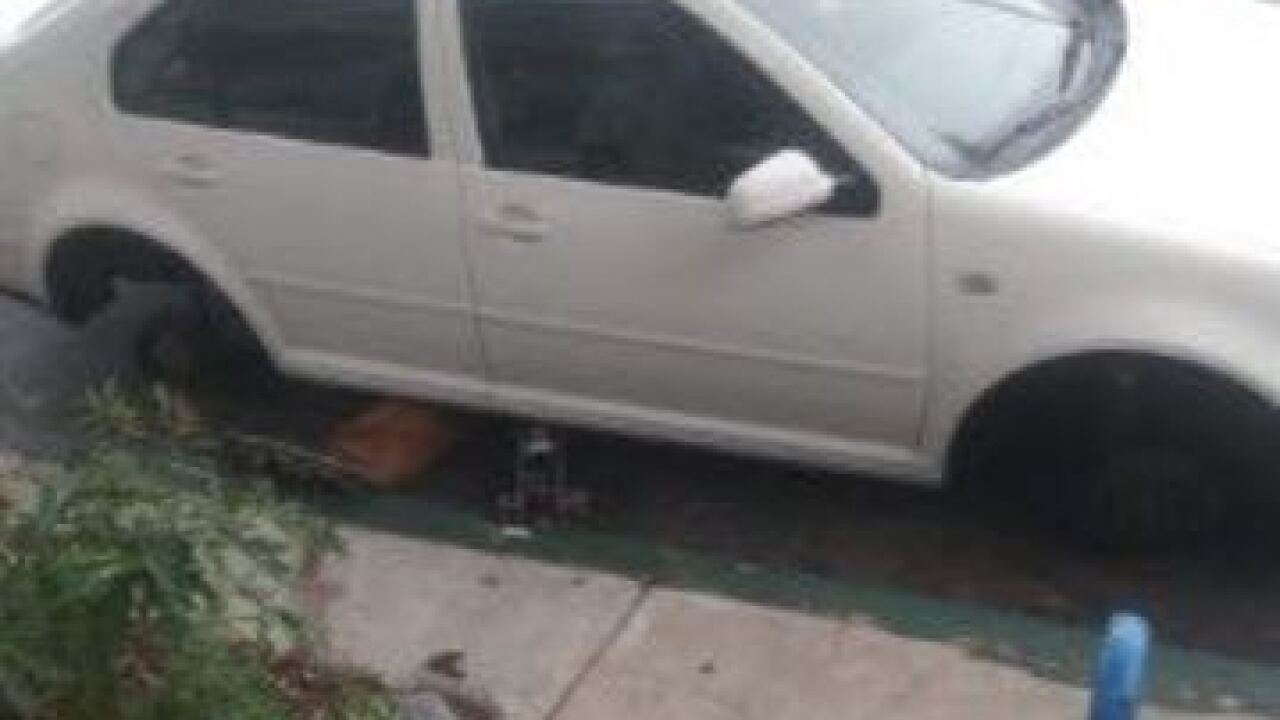 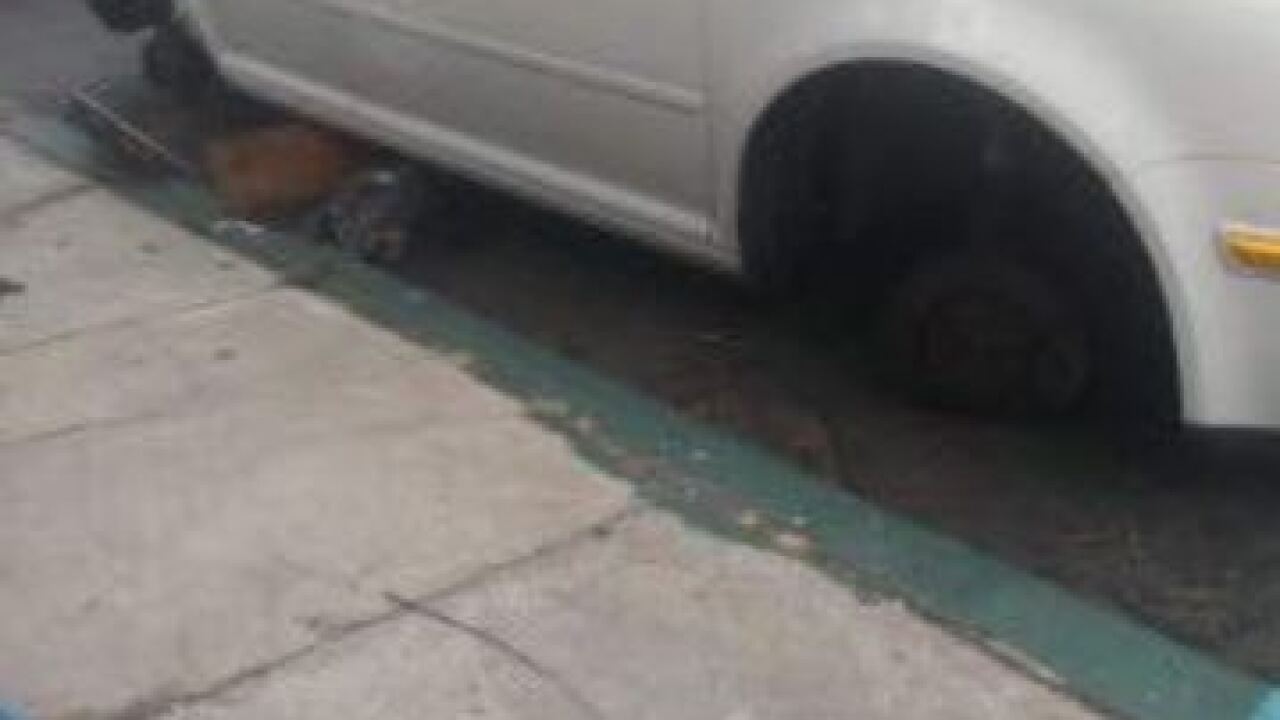 Ricky Cooper says her mother woke up Thursday morning, to find the two tires on the passenger side of her car were missing. The 2003 Jetta was parked on Voltaire Street near Cable Street.

The Cooper's reported it to the police. Cooper says police told them tire thieves usually go for the pricier wheels, like big truck tires but taking tires from an older model Jetta was a little out of the norm.

“I think someone who had a Jetta, or sells or collects parts,” Copper said. “He probably knew someone that needed tires, and they were driving down the street and saw a Jetta.”

Cooper says her mother’s insurance is covering the theft, but she had to pay several hundred dollars out of pocket.

The theft is similar to one that occurred in Chula Vista last month. In that incident, a 2017 GMC Sierra was left on bricks, costing a family thousands of dollars.

The Coopers want to warn their neighbors in case the thieves decide to strike again.