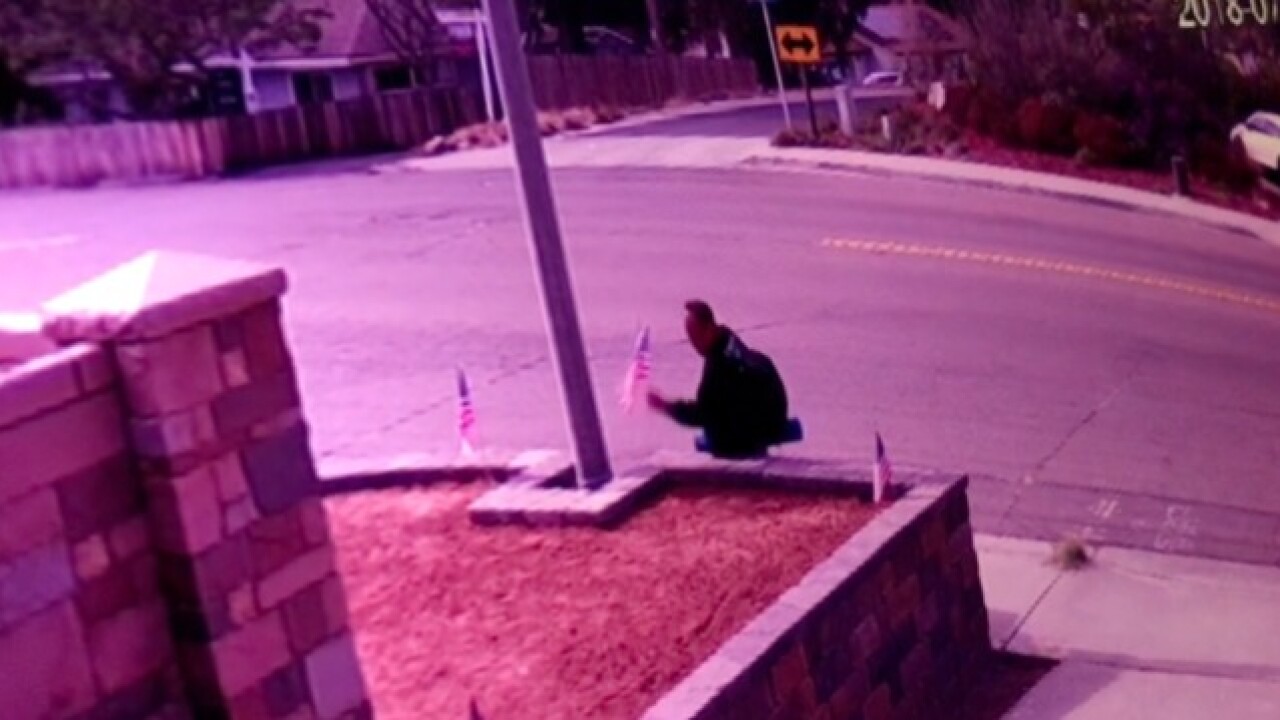 LAKESIDE, Calif. (KGTV) - A thief stole two flags from a military family's front lawn a day before The Fourth of July. The flags were part of the family's Fourth of July decorations.

"We do like to decorate for The Fourth and celebrate The Fourth," Heather Rynernson said. "My husband has 23 years in the Navy. We also have so many friends who are military families who sacrificed a lot for those freedoms, so we want to honor that."

Rynerson said they had six flags displayed on their yard. On Tuesday, they noticed two missing.  They checked their security cameras and found a man walking through their street taking off with the flag.

"We saw a guy just walking by and grabbed one and grabbed another, but them under his arm and kept on going," Rynerson said.

After that, Rynerson put up a sign on their yard letting people know that they are being recorded on camera.

"If you walk by and you want any more flags, we’re going to know who you are," she said.

Rynerson added they didn't call the police or a file a police report, but posted the security video on social media.

"The reason we didn't call the police and file a report is they have other things to do," she said. "The outpouring of emotions and comments (on social media) were incredible.  We don’t want to defame the man in the video or embarrass him, but I feel accountability is powerful.”