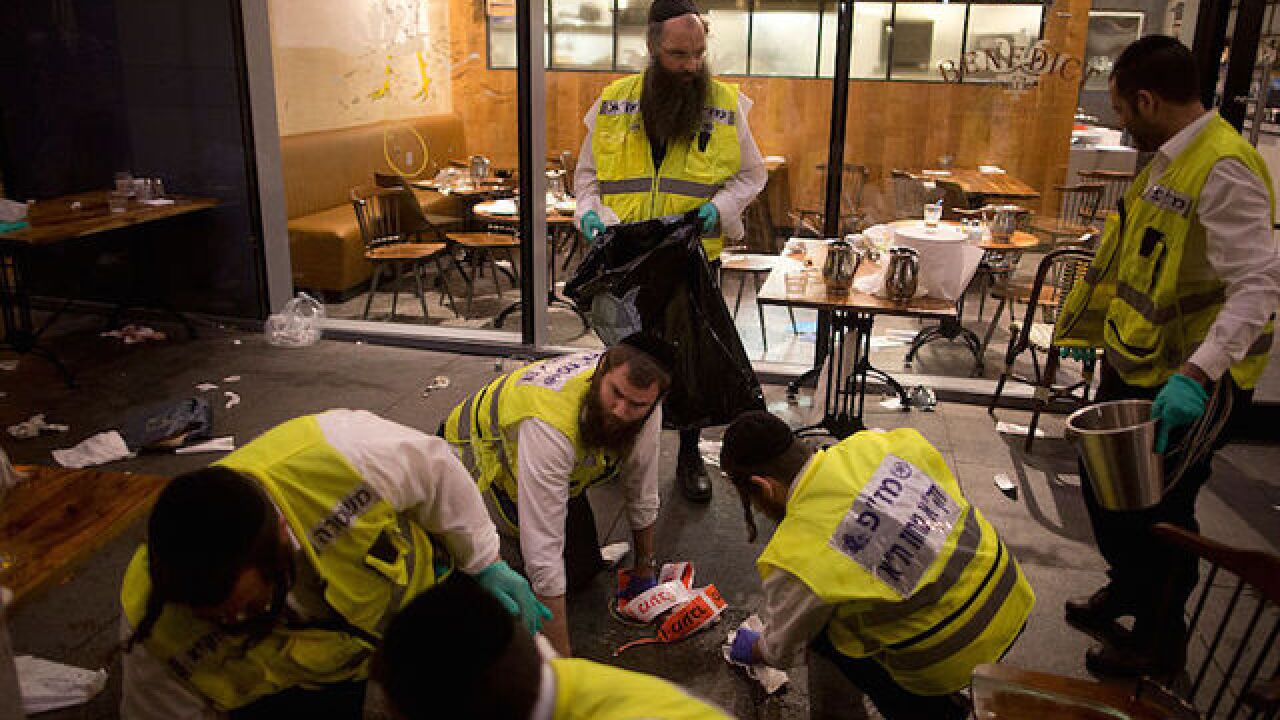 Copyright Getty Images
Lior Mizrahi
<p>TEL AVIV, ISRAEL - JUNE 08: Members of an Israeli ZAKA - Identification, Extraction and Rescue team work at the scene of a shooting outside Max Brenner restaurant in Sarona Market on June 8, 2016 in Tel Aviv, Israel. According to police reports, four Israelis were killed and several others wounded when two Palestinian gunmen open fire at the food and retail complex in central Tel Aviv. (Photo by Lior Mizrahi/Getty Images)</p>

According to the Jerusalem Post newspaper, four people were killed and several others were injured Wednesday in a shooting at a shopping center in Tel Aviv, Israel.

The attack happened at the Sarona Market complex, when two gunmen opened fire at civilians. While police initially suspected there was a third attacker, they later ruled that possibility out.

According to the Jerusalem Post, one suspect has been shot and another has been apprehended by law enforcement. One person is said to be in critical condition, and two others are in serious condition.

"A very tragic event took place here - a cold-blooded murder by ruthless terrorists," Netanyahu said at the scene to the paper. "First of all, I would like to send my condolences to the families whose worlds have been turned upside down," he said. "And wishes for a fast recovery to those that have been injured."

According to Tel Aviv's Ichilov Hospital, the four slain Israelis were brought to the facility in critical condition and later died of their injuries.

Law enforcement officials said they believe the shooting was terrorism-related.

Tel Aviv is the second largest city in Israel.

Tel Aviv's mayor Ron Huldai said the city will move past this act of terror.

"It is an awful night for Tel Aviv," he said. "Terrorists shot innocent civilians in a cafe with no distinction. We will continue to live in this city of Tel Aviv. We will continue to build, create and enjoy the city. #Terror will not defeat us. The citizens of Tel Aviv have experienced hard times before. Tomorrow, we must go back to our normal lives, to our struggle for peace."