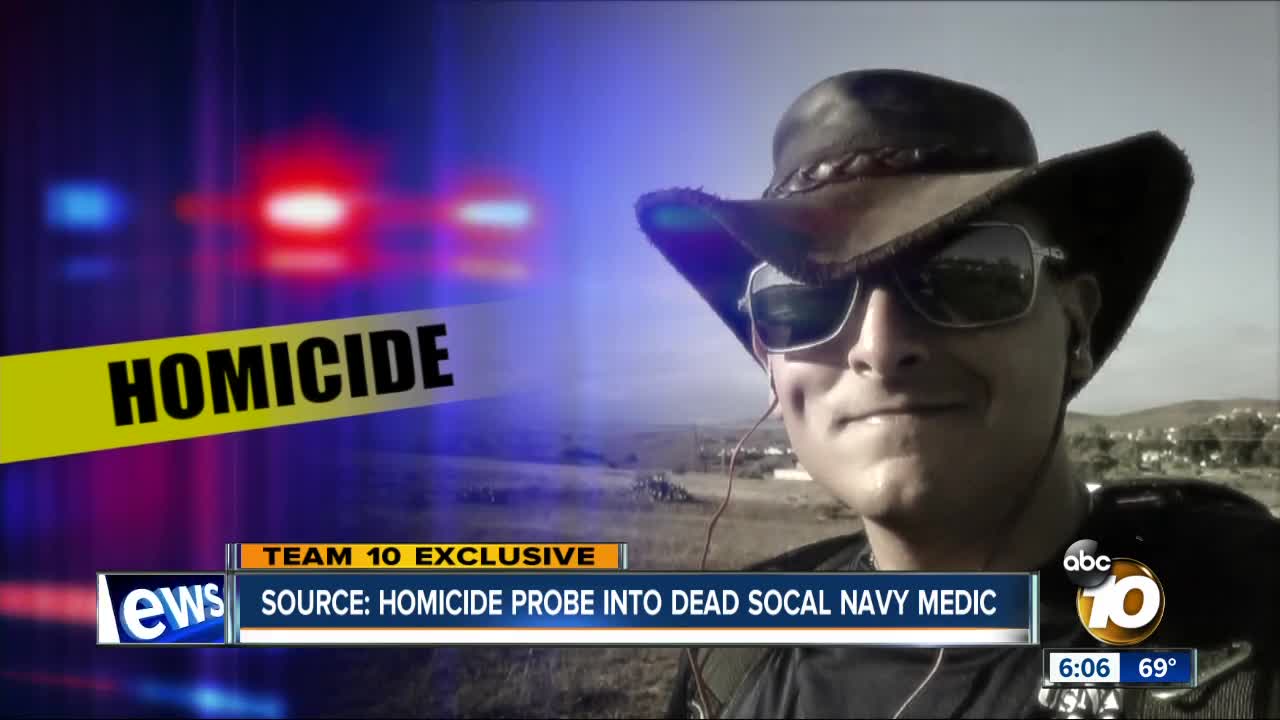 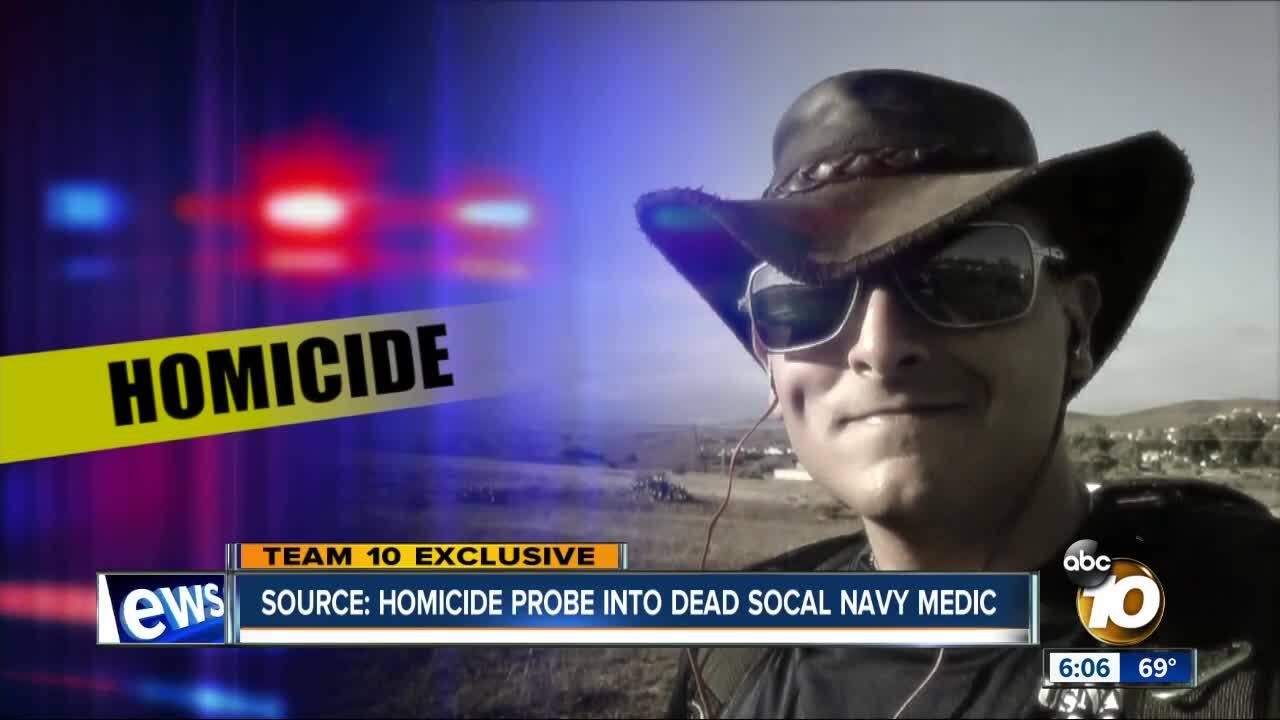 TWENTYNINE PALMS, Calif. (KGTV) – After a Southern California Navy corpsman suddenly died this summer, his family has been trying to get answers for almost two months. This week, 10News has learned that 30-year-old HM3 Michael Vincent De Leon may have been killed by someone else.

10News began looking into the case last week after his father, Jose De Leon, contacted 10News for help. 10News interviewed De Leon over Skype because he and the rest of the family live in Texas. De Leon says his son was stationed at the Twentynine Palms Marine Corps base in San Bernardino County.

It was almost two months ago when De Leon says that he was visited by military officers who informed him that his son had died and an investigation was underway.

“I gathered my emotions and asked them ‘why?’ or ‘what happened?’ but they couldn't give me anything,” De Leon tells 10News.

Since then, the family says they've largely been kept in the dark, but this week 10News learned from a source with close military ties that the Naval Criminal Investigative Service (NCIS) has confirmed that Michael's death is now being investigated as a homicide.

It’s a very different story than what De Leon says he was lead to believe in the hours just after learning of his son’s death when he says the word "suicide" came up from service members on-base.

De Leon didn't believe it, claiming there was no history of depression or substance abuse. He says his son was happy and excited about an upcoming deployment.

“He was an extrovert. He could walk into a room and make friends,” he told 10News with tears in his eyes.

De Leon is a former television news photojournalist. Using his skills, he started his own investigation. This is what he says he learned just 48 hours later from a service member who is close to the case. De Leon tells 10News, “I begged him, ‘Just tell me, did Michael pull the trigger or did someone else?’ There was a long pause and he [replies], ‘Mr. De Leon, someone else pulled the trigger.’"

De Leon says that other service members who knew his son said that his son was shot on-base at another corpsman's going-away party in the military housing area.

A full week passed, but De Leon says there was still no word from the base about what happened.

“It’s a bunch of bureaucrats that are not vested at all in the family,” he adds.

He says after formally complaining he finally got a call from an agent with NCIS, which is handling the investigation.

De Leon says the agent would only confirm that there was a shooting on-base at a housing unit with corpsmen present and a firearm was produced.

It’s now seven weeks later and 10News has verified with our source that agents are officially treating this investigation not as a suicide, but as a homicide. It remains unknown as to whether it was accidental or intentional.

10News directly asked NCIS and the base for comment. On Thursday afternoon, a spokesperson for the base sent 10News the following statement:

"I spoke with a representative from the Provost Marshall's Office and he has confirmed that the incident is currently still under investigation so the information you inquire is unable to be released at this time. However, I was able to confirm that the base policy for securing firearms for those who live on/work at/visit the military housing area is that all firearms need to be in a secured location in the home and must be in a secure location in order to get a weapon onto base and when being transported to and from the home. Weapons must be registered on the installation. As far as Marines living in the barracks, their firearms need to be stored in a unit armory. It is actually an inspectable item and part of the unit armory policy. I apologize I do not have more information for you at this time. Please reach out if you have any other questions or concerns."

Meanwhile, De Leon continues searching for the truth. He has faith in NCIS and believes its agents will get to the bottom of this matter. He asks, “Did 30 years of broadcasting prepare me for this assignment that I did not want? That I was thrown into? To investigate my son? His death?”

EDITOR'S NOTE: This story has been updated to include a statement from Twentynine Palms Marine Corps base and the rank for the decedent.