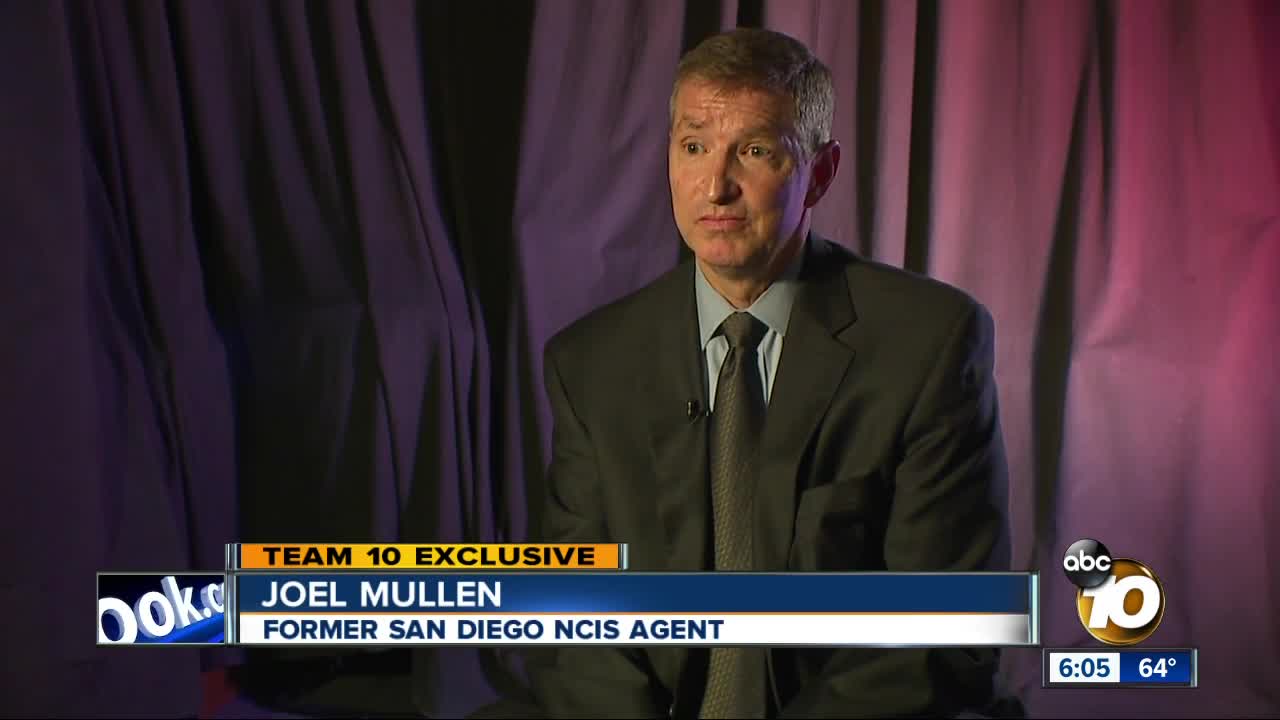 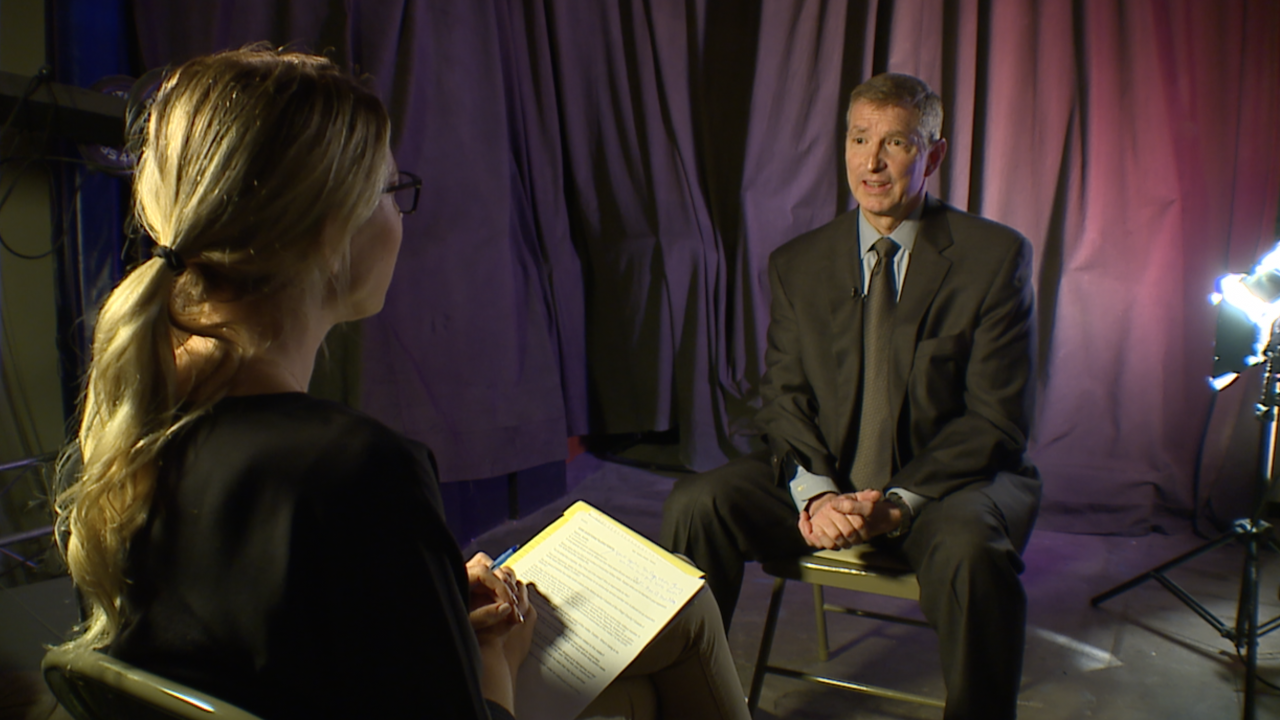 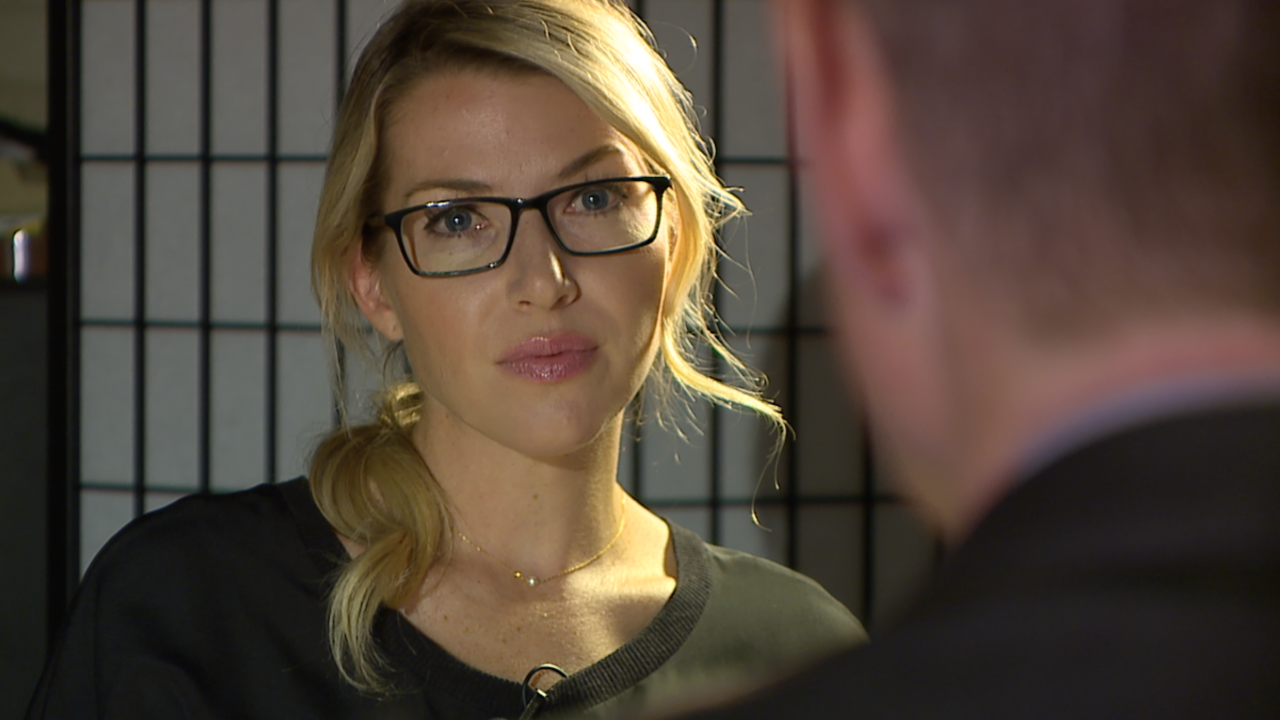 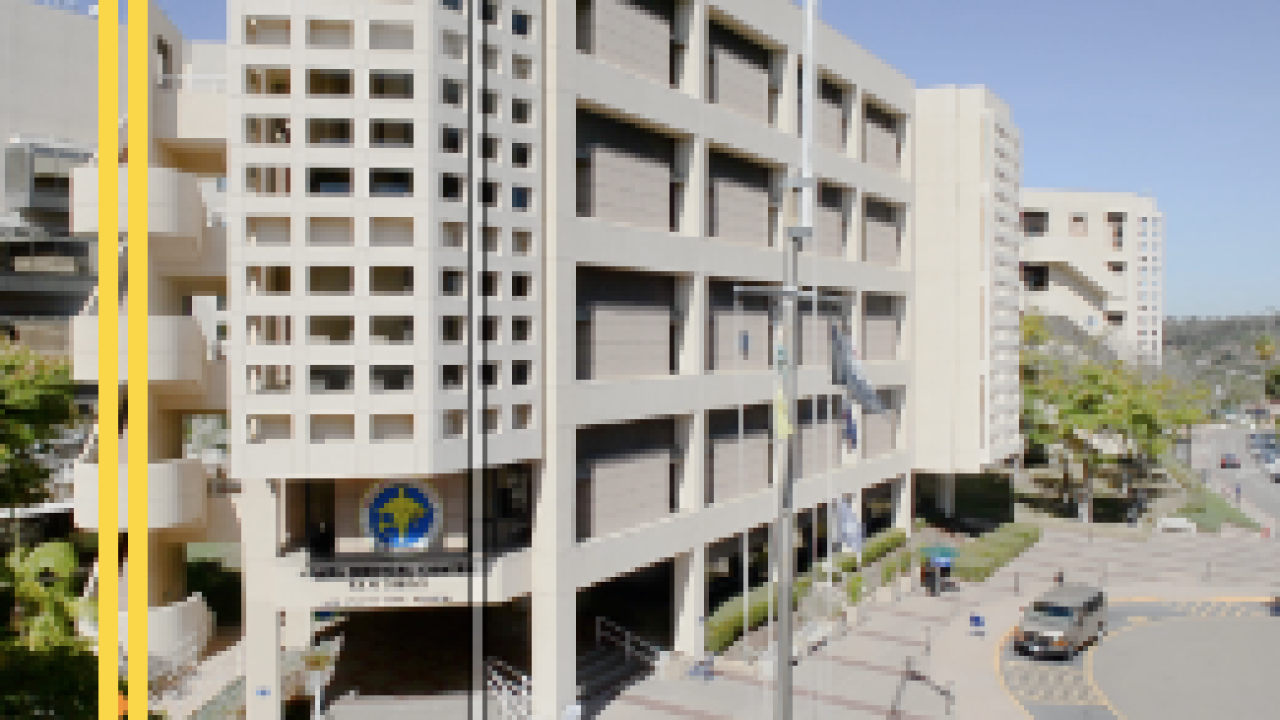 SAN DIEGO (KGTV) - A former San Diego agent with Naval Criminal Investigative Service (NCIS) is blowing the whistle on what some people say is a potentially deadly firearm loophole involving active-duty members of the military. For more than a year, Team 10 investigative reporter Jennifer Kastner has pressed local military officials for answers about its mentally ill patients.

The expressed concern is that this alleged loophole could contribute to suicides or even mass shootings. Naval Medical Center San Diego (Balboa Hospital) is San Diego's biggest military medical facility. Balboa Hospital spokespersons tell 10News that the hospital is following federal law. However, state law is different and some people believe that the difference could have fatal consequences.

"I hope people see this. I hope people are upset. I hope people are worried," says Joel Mullen, the newly retired NCIS agent. Mullen is finally going on-camera with 10News, now that he's no longer working for federal law enforcement. 10News first met Mullen last year, when he wanted to open up about what he calls a major loophole in the military mental health system that some people believe could put weapons in the hands of suicidal or homicidal people.

"What would have happened to you [if you] had you come to talk to us while you were still working for NCIS?" 10News asks Mullen. "The F.B.I. got a hint that I was talking to you and [my] supervisor basically threatened to kick me off the [Joint Terrorism Task Force]," he replies.

Loopholes and lapses in background checks have played a role in America's mass shootings.

Take the case of 2017 Sutherland Springs church massacre where 26 people died. The former airman's history of domestic violence had banned him from legally buying a gun, but he did so anyway because the Air Force reportedly failed to have his criminal history submitted to the federal database for background checks.

Mullen says that people need to be looking at a different loophole that involves mental health, which will be explained in this story. To date, it has not contributed to any shootings that 10News is aware of. Mullen believes it's only a matter of time.

"I hope to God it gets fixed before somebody dies," he says.

If you're a civilian in California and you've been admitted to a hospital on an involuntary mental health hold (commonly known as a "5150"), California law generally bans you from owning firearms for five years, although you can later petition state court to restore your access.

According to California law, the hospital has to report your information to the California Department of Justice using a portal called the Mental Health Reporting System. The California Department of Justice is then required to give your information to the F.B.I.'s National Instant Criminal Background Check System, known as NICS. That's the federal database that gun sellers can access to verify whether potential buyers are eligible to purchase guns.

If you're banned from owning a gun, NICS will warn the seller.

If you're an active duty service member admitted to Balboa Hospital on an involuntary mental health hold, the hospital notifies your commanding officer and a treatment plan is made. If there's fear that you may harm others, law enforcement may contact you.

However, Balboa Hospital does not send your information to the California Department of Justice. Subsequently, the California Department of Justice does not submit your information to NICS. It means that once you're discharged from Balboa Hospital, there's no record of you in NICS. So, a gun seller who is accessing NICS has no way of knowing about your mental health history if you go to buy a gun.

"Every day that this loophole exists, we run the risk of someone getting killed or a mass shooting happening," says Mullen.

He explains that it's no single agency's fault. The problem is that state law and federal law don't sync up.

Balboa Hospital referred 10News to the U.S. Department of Defense (DoD) which sets the policy for all U.S. military medical facilities.

The DoD responded to 10News with a statement reading in part, "With regard to NICS, the DoD is following federal law as it pertains to mental illness." The federal law requires due process to restrict access to firearms, but the DoD says that an involuntary inpatient admission to a military facility "is based solely on a medical finding, without an opportunity for a hearing by a court, board, commission, or other lawful authority."

"You have to have due process. That is what the federal side is lacking," Mullen adds.

"There are [Balboa hospital] mental health providers who have come and said, 'I want to put this person on a weapons prohibition. How do I do it?' [but] there was no way for them to do it," he tells 10News.

10News was given a copy of an email from a senior Balboa Hospital official, which reveals that even three years ago, the matter was investigated. The 2016 email reads in part, "The Navy (Bureau of Medicine and Surgery) is exploring whether a military treatment facility or a military mental health provider can report directly to NICS, the F.B.I.'s National Instant Criminal Background Check System. To date, approval for such direct reporting has not been given by higher authority."

In part of a statement to 10News, the Navy Bureau of Medicine says the health of its members is a top priority, and those on involuntary holds are only discharged when they're no longer deemed dangerous. Part of a statement to 10News reads, "Topics of discussion include providing assistance to the member to set and attend follow-up mental health appointments, plan for return-to-duty including possible limitations to duty and signs of possible new or recurring distress..."

The DoD did not answer 10News' question about any plans to make policy changes.

He tells 10News that systemic change can only happen if the DoD updates its federal policy, but it will first require a member of Congress to bring the issue to the nation's capitol.

If you need mental health resources for current or former service members or their families, San Diego County has free resources. Visit Courage to Call for information: https://www.courage2call.org/

The full statements provided to 10News by the Navy Bureau of Medicine and the DoD are below.

Department of Defense Instruction 6490.04 "Mental Health Evaluations of Members of the Military Services" allows the Secretaries of the Military Departments to develop internal policy on active duty service member involuntary psychiatric hospitalization procedures. The instruction allows a Commander initiated referral for a service member to have a mental health evaluation. This instruction states "An involuntary inpatient admission to an M.T.F. is appropriate only when a psychiatrist, or, when a psychiatrist is not available, a physician or another M.H.P. with admitting privileges, makes an evaluation that the Service member has, or likely has, a severe mental disorder or poses imminent or potential danger to self or others".

With regard to NICS, the DoD is following federal law as it pertains to mental illness. An involuntary inpatient admission to a military facility does not meet the requirements of 18 U.S.C. 922(g)(4) because the admission is based solely on a medical finding, without an opportunity for a hearing by a court, board, commission, or other lawful authority.

18 U.S.C. 922(g)(4) states, "Any person who has been "adjudicated as a mental defective" or "committed to any mental institution" is prohibited under Federal Law from shipping, transporting, receiving, or possessing any firearm or ammunition".

According to federal regulations, a person has been "adjudicated as a mental defective" if a court, board, commission, or other lawful authority has determined that he or she, as a result of marked subnormal intelligence, mental illness, incompetency, condition, or disease meets one of the following criteria:

• Is a danger to himself, herself, or others.
• Lacks the mental capacity to contract or manage his or her own affairs.
• The term "adjudicated as a mental defective" is defined to explicitly include a finding of not guilty by reason of insanity or incompetence to stand trial.

"Overall, the health and well-being of sailors, Marines, reservists, their families, and retirees is our top priority. Well-targeted mental health treatment and prevention programs are essential elements in resilience and recovery, and form the cornerstone of Navy Medicine's approach to care. In involuntary military hold situations, discharge plans are made only when evaluations determine that the member is no longer deemed a danger to self or others. The treatment team works closely with the command during hospitalization and provides guidance and a plan for after leaving inpatient treatment. Topics of discussion include providing assistance to the member to set and attend follow-up mental health appointments, plan for return to duty including possible limitations to duty and signs of possible new or recurring distress such as lack of social support, changes in life circumstances, legal problems, financial problems, and problems in relationships. The command and the member's mental health provider continue discussions to follow and evaluate the plan to monitor and help the sailor."