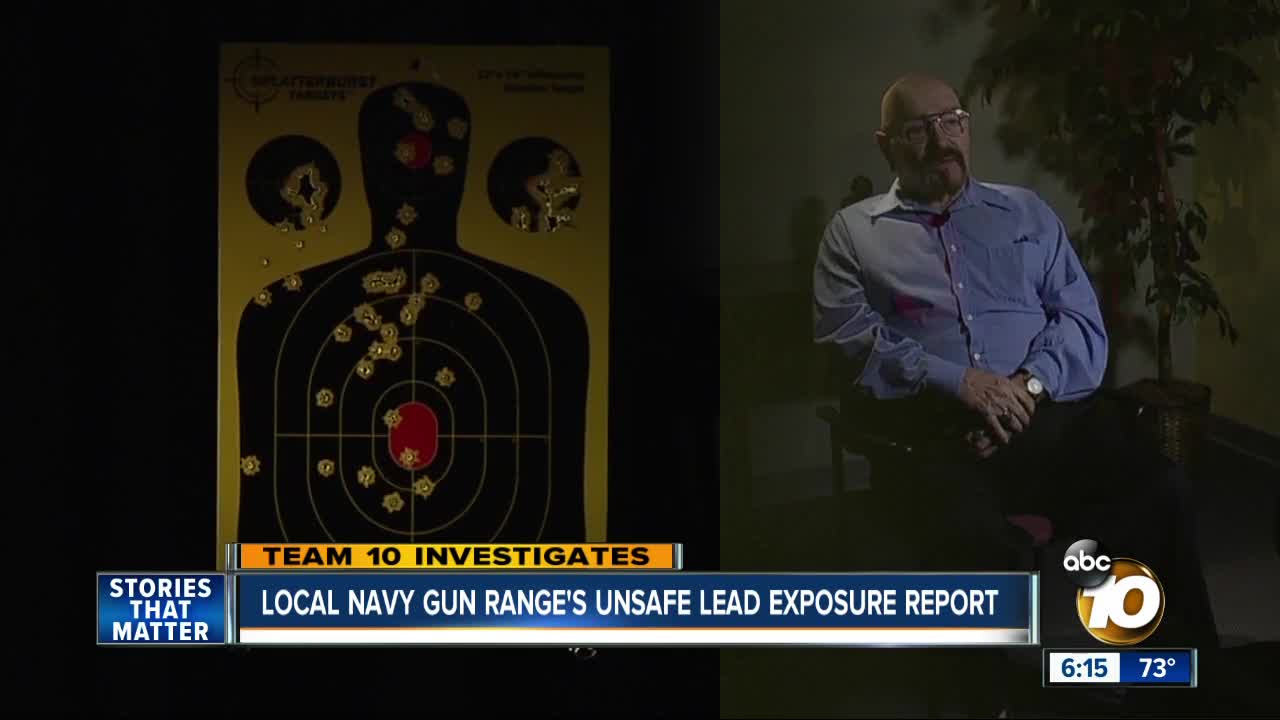 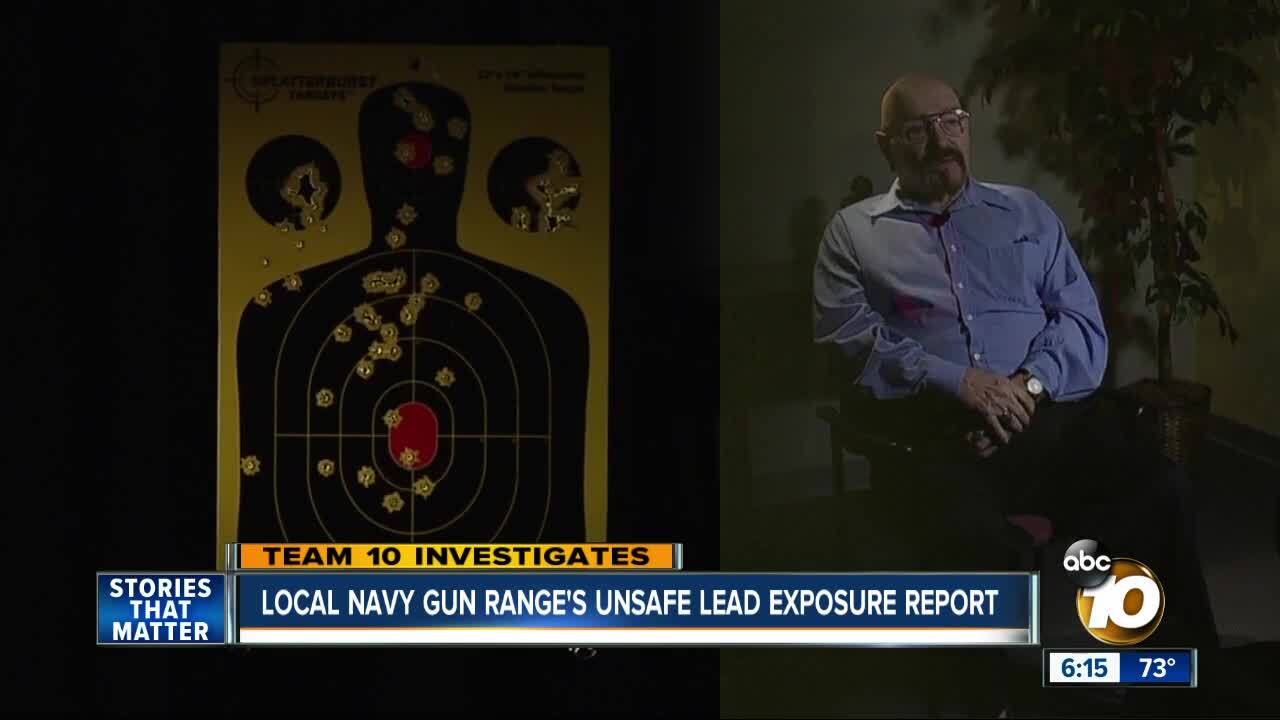 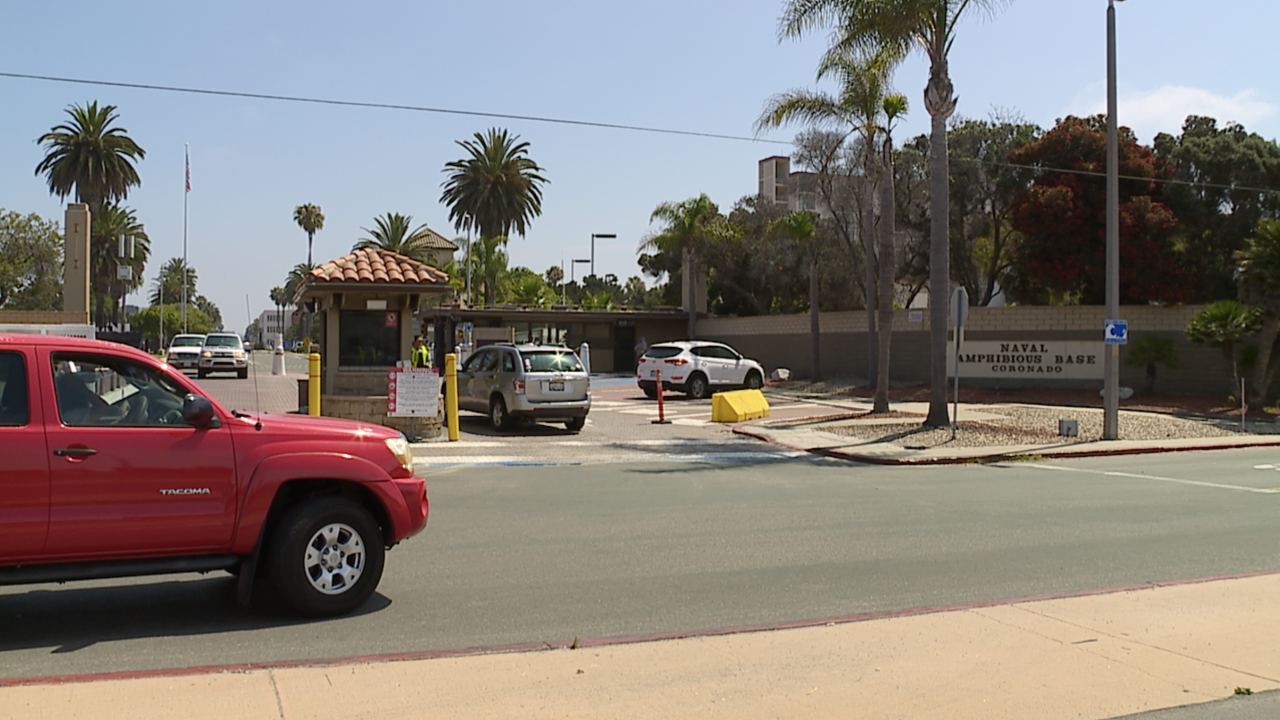 CORONADO, Calif. (KGTV) - A Navy shooting range in Coronado is at the center of a legal dispute over possible unsafe lead exposure. Team 10 investigative reporter Jennifer Kastner uncovered the history of reports of serious lead problems.

10News spent more than five weeks continuously calling and emailing the Navy, asking what happened. Ultimately, the Navy responded, in part, that it would not go into any detail.

Toxic lead exposure is a serious threat at shooting ranges. The gun smoke releases the metal into the air.

Across the United States, federal agents have done hundreds of inspections for lead violations.

Just south of the Hotel del Coronado, along the Silver Strand, sits the heavily guarded Naval Amphibious Base. 10News was unable to get video of the shooting range in question because we weren’t granted access on-base, but we can show you the federal reports that detail a history of concern. Per inspection paperwork, the indoor shooting range address is 3632 Guadalcanal Road.

Across the country, a separate range that's not affiliated with the Navy had hired Don Haines as its safety officer. He says he'd sometimes be at the range seven days a week and for hours at time.

“My friends noticed some changes in me, complaining about being tired all the time. [There was] some irritability and some difficulty understanding some things when we were having discussions,” he says.

Doctors told him he'd been poisoned by lead.

Toxic levels of the metal can cause serious problems like brain damage, kidney disease, and even death.

Dr. Gabriel Filippelli is the director of the Center for Urban Health at Indiana University-Purdue University Indianapolis. “Current lead contamination still has tremendous impacts to a bunch of different sectors,” he says.

Filippelli explains that as people shoot guns, lead particles are left behind on the walls, counters, and floors. Sometimes the primer used as padding to eject the bullet is made of lead that bursts into the air. “You have to remember that the primer is exploding right by people's faces,” he adds.

There are now questions about whether Haines' story could be similar to what may have happened to an employee at the shooting range in Coronado.

A report from the Occupational Safety and Health Administration (OSHA) shows that the range was issued a violation in 2014 that has to do with an employee being exposed to lead.

Two other preliminary violations for possible lead exposure were also reported that year. Both were deemed "serious" but were deleted following an informal settlement agreement, which required the shooting range to make changes.

Although the findings are from five years ago, the military is still dealing with them.

“NSW's number one priority is the health, safety, and readiness of our people -- military and civilian. We take reports of safety issues seriously. In the end OSHA and the Navy agreed to an amended report to which we fully implemented the agreed upon amended requirements. I'm not going to get into the details you are asking due to on-going litigation with an individual who was involved in these matters. We are not facilitating interviews at this time because of that litigation.”

OSHA is in charge of inspecting gun ranges and lead levels in 28 states. The Administration reports that people can still work their jobs when their blood lead level is 40 micrograms per deciliter (μg/dL).

However, the National Institute of Health claims that no amount of lead in your blood is safe.

When Haines was first hired, the range checked his blood and found it was 3 μg/dL. Just 8 months later, he says it jumped to 60 μg/dL.

This spring, the government reported, in part, that OSHA is “exploring regulatory options to lower blood lead levels in affected workers”.

It’s finally considering dropping the levels from 40 μg/dL to less than 10 μg/dLin adults.

Businesses can protect you with a proper air filtration system, with air blowing away, toward the targets. Experts say you can protect yourself by wearing masks when shooting or working at a range, wearing gloves while firing or cleaning up and washing your shooting clothes separately from other clothing.

They’re small steps to take to prevent the little-known threat that even Haines, a range safety officer, wasn't aware of. “They could go for years and they may not recognize the symptoms. Had I not had someone who was observant, I probably would not have attached it to the lead,” he adds.