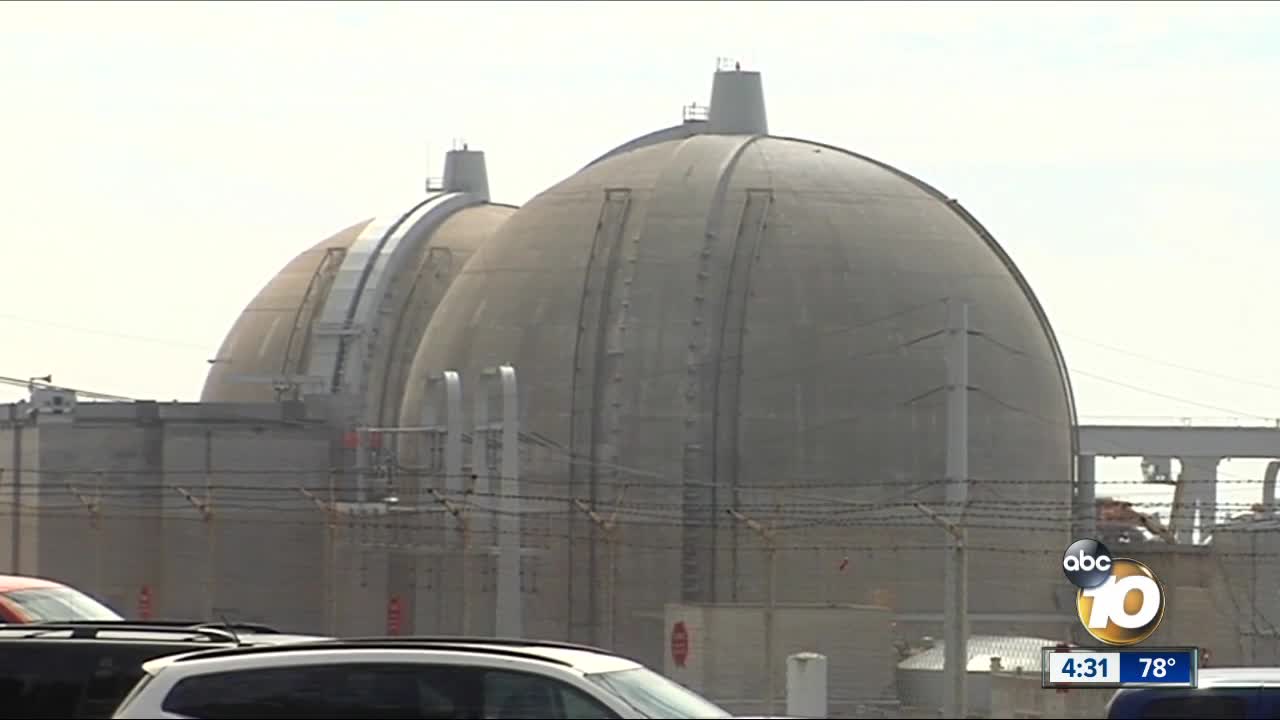 SAN CLEMENTE, Calif. (KGTV) - New legal action is being taken over the transfer of nuclear waste at the embattled San Onofre Nuclear Generating Station (SONGS). A lawsuit and motion for a temporary restraining order have been filed in federal court.

Public Watchdogs is asking the courts to order a halt to the storage of nuclear waste at the decommissioned power plant. The nonprofit is alleging, in part, that the storage canisters are defective and could fail, which could cause a deadly nuclear disaster.

According to court records, the defendants are creating a major threat by burying nuclear waste next to the ocean, in a tsunami inundation zone, near a fault line and in heavily populated area. The restraining order request claims that once a defective canister is buried, there's no existing method to inspect it unearth it or transfer it.

“We're not saying, ‘Stop the decommissioning process.’ We're saying, ‘Put the decommissioning process in perspective and give us a good plan and by the way, protect the environment, too, because this is all we have and we don't get a second chance.’ If there's a Chernobyl here, there's no second chance,” says Public Watchdogs’ attorney, Chuck La Bella.

10News contacted all of the defendants on Friday.

“This latest effort by Public Watchdogs runs counter to the expressed interest of the communities adjacent to the San Onofre nuclear plant by potentially stranding spent fuel on site, even when options for transport and off-site storage or disposal become available. Placing spent nuclear fuel into approved canisters that meet all technical, safety and regulatory requirements for on-site storage is the first step to relocating the fuel to an off-site, federally licensed facility. The local communities near San Onofre have made it abundantly clear that storing the fuel safely on site and then moving the fuel to such a facility as soon as possible is their strong desire and in their best interest. SCE shares these objectives and is working diligently towards achieving them. By 2021, more than 80 percent of the spent fuel stored at San Onofre will be eligible for transport off-site. Being ready means having all fuel safely in dry storage and in transportable canisters.”