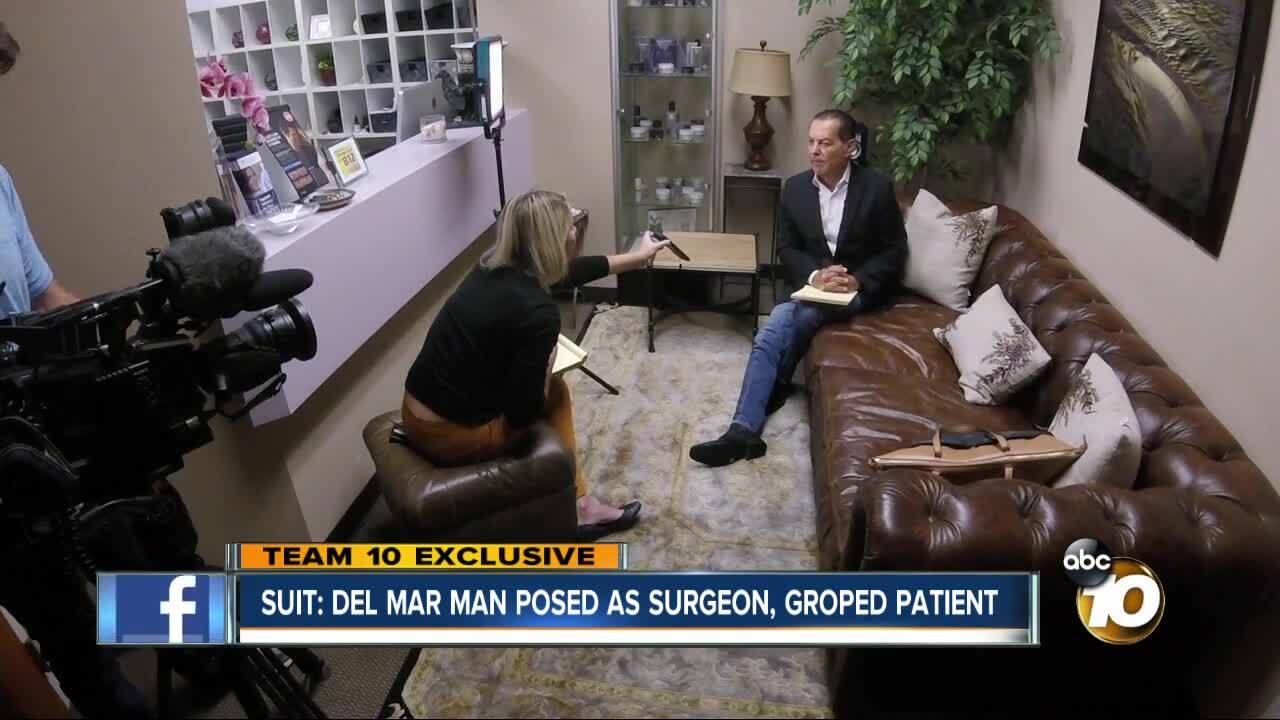 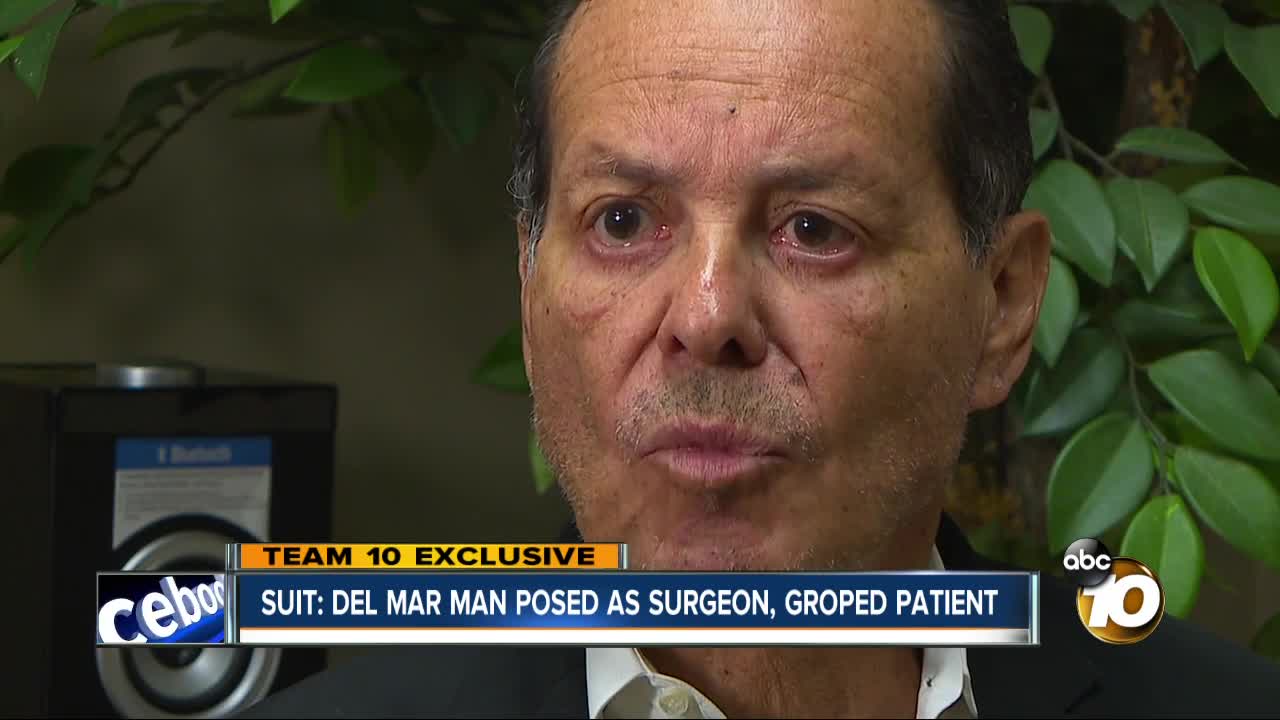 DEL MAR, Calif. (KGTV) - A local woman says that a man posed as a Del Mar plastic surgeon and groped her for several minutes during a consultation exam. Team 10 investigative reporter Jennifer Kastner verified that he is the manager of a cosmetic surgery center, but he is not a licensed medical provider. He denies any wrongdoing.

“All I can remember is being in the car and just bawling, just crying,” she tells us. She claims that the crime against her was deeply personal, so we’re not revealing her identity.

She says her tears came just minutes after she says she left Del Mar Cosmetic Contouring Surgery. It’s a private business located in a medical office building off of El Camino Real.

“He pinched my nipples. He grabbed the side of my chest. He lifted [my breasts] up with both hands,” she tells 10News. She’s talking about Dario Moscoso, who operates the cosmetic surgery business that specializes in fat contouring.

“She’s a liar. She’s trying to extort money,” says Moscoso. “Do you touch patients?” we ask him. He replies, “No. I do not touch patients.”

She says she visited the office for a full body contouring consultation, when Moscoso allegedly took her to an exam room, alone, had her disrobe, and grabbed her all over without gloves on.

She tells us that he had her pull her pants down, too.

“Did you think Mr. Moscoso was a plastic surgeon?” we ask. “Yes. He wore a white coat…he had a clip board. He had paperwork that I was signing,” she responds.

“Have you ever represented yourself as a plastic surgeon?” we ask him. “No,” he replies.

We also ask, “[Do you make] it very clear with each patient coming in that you are not a licensed medical provider?”

“That is a category,” he explains. He tells us that it represents the industry that he works in, not his profession.

The woman who’s accusing him of groping her tells us that the consultation made her extremely uncomfortable, but she was desperate to change her body. So, she put down a deposit, left the office, and called back at a later date.

When she later called back, she says she learned that a Doctor Gerald Schneider would be doing the procedure. Schneider is on probation with the Medical Board of California for sexual misconduct with another patient. He is still allowed to practice with Moscoso as a third-party chaperone. Moscoso says that he and Dr. Schneider always follow that rule.

Schneider would not do an interview with 10News.

He, Moscoso and their cosmetic procedure businesses are now being sued for what the alleged victim says happened to her.

“[It’s] an absolute lie. It never [happened]. In all the years that I've been doing this, I have never had that happen before,” Moscoso adds.

The alleged victim doesn't buy it. She thinks that other patients have been assaulted, too. “Come forward. Come forward, because he needs to be stopped,” she adds. She's being represented by the Pride Law Firm in Mission Valley.

The Medical Board of California reports that it’s looking into these allegations.