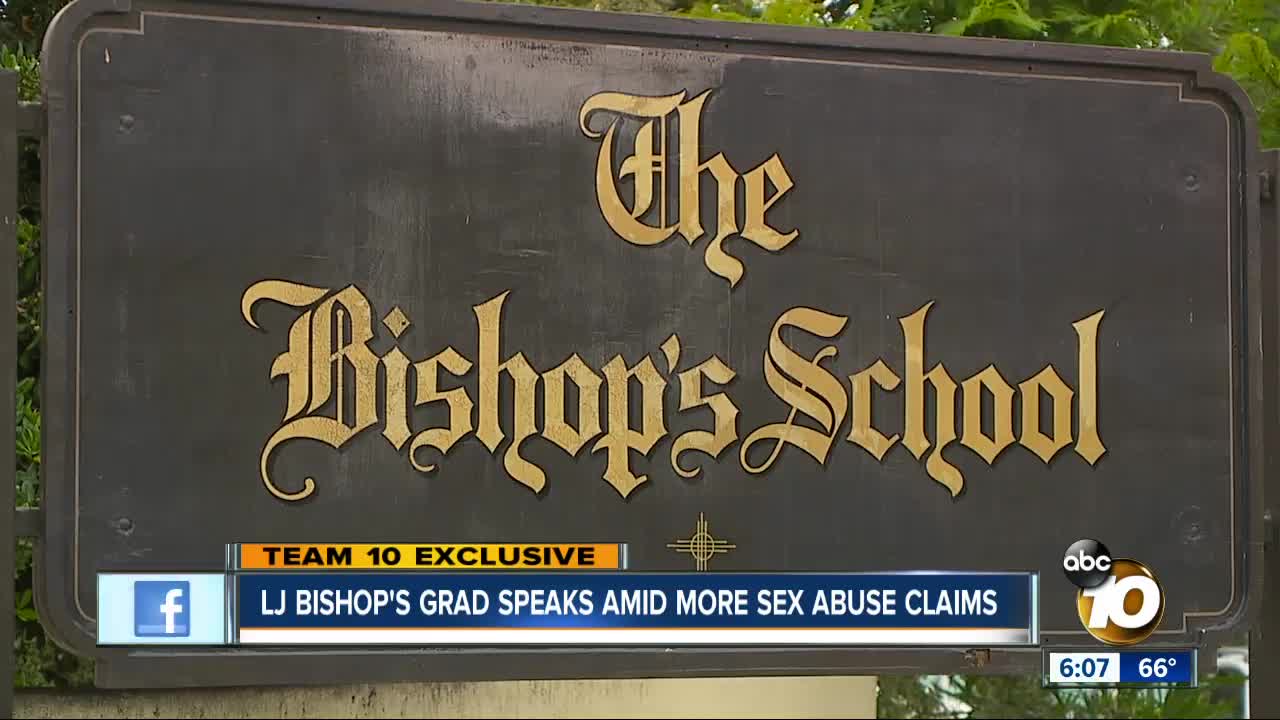 For the first time, one of the alumni from the prestigious The Bishop’s School in La Jolla is speaking out about how, she says, her former teacher repeatedly sexually abused her. 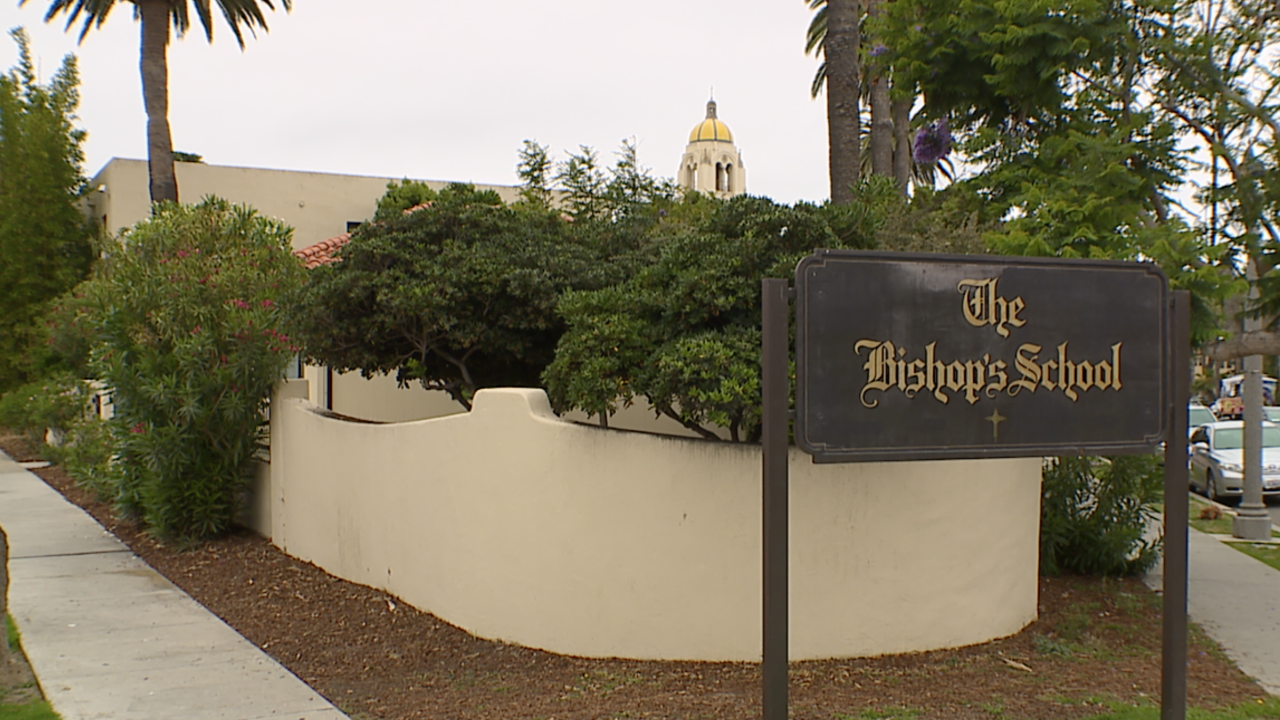 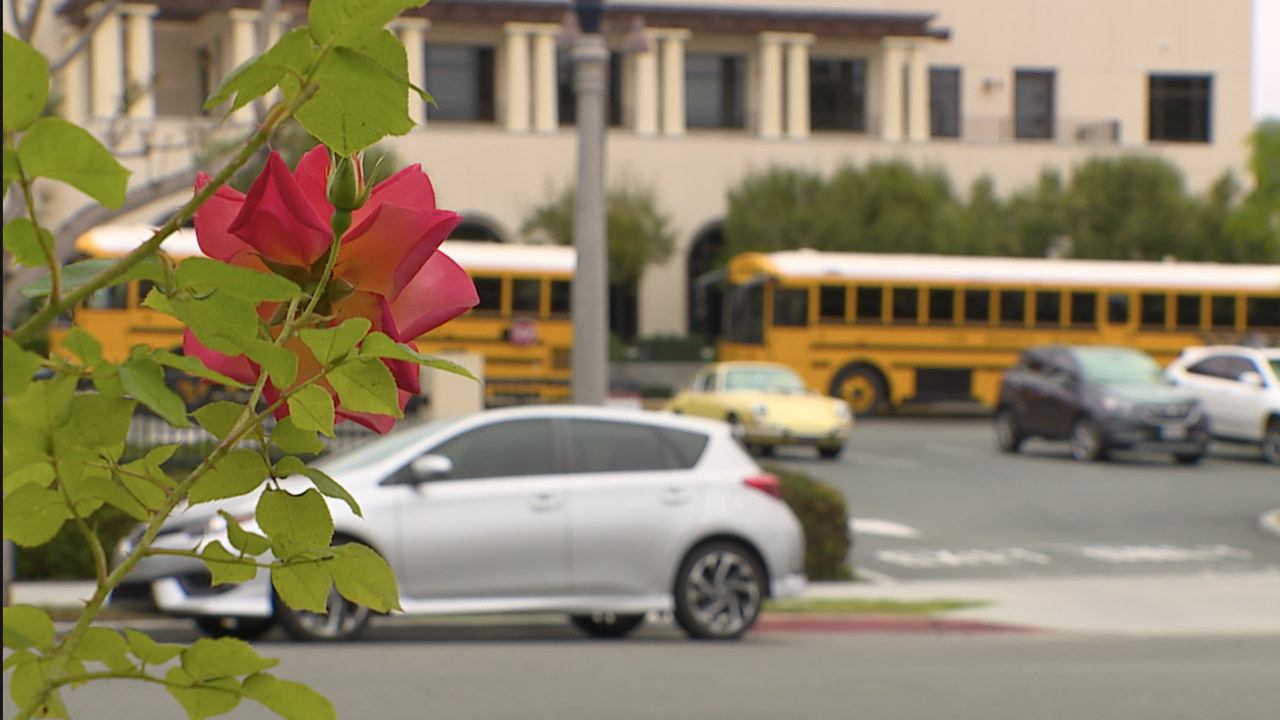 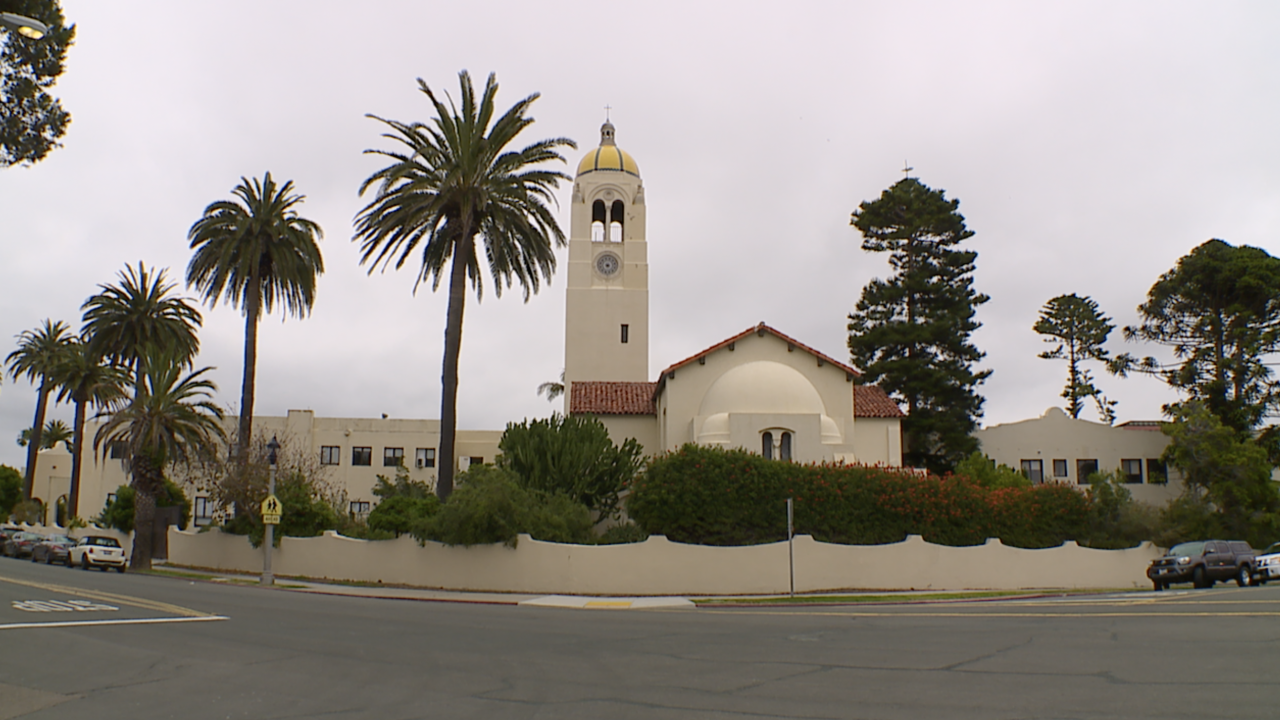 LA JOLLA, Calif. (KGTV) - For the first time, one of the alumni from the prestigious The Bishop’s School in La Jolla is speaking out about how, she says, her former teacher repeatedly sexually abused her. She has never shared her story in a television interview, until now.

Investigative reporter Jennifer Kastner broke the story last summer when seven former students at The Bishop's School had come forward and described separate instances. The school reported that five of these were first-hand accounts of sexual misconduct or boundary violations committed by a school employee and in each instance, a different perpetrator was named. Last month, the school reported that the number of alumni coming forward had doubled from seven to 14.

We've agreed to not show the former student's face because she wants to protect her family from her past.

“Your parents were the ones who sent you to Bishop's,” we say. “What would it do to them if they found out about the alleged abuse?” She responds, “My dad would be devastated.”

She's a graduate of the acclaimed private school, where annual tuition is currently $36,000.

She no longer lives locally, but flew into San Diego to meet us. We've been talking for a year, but only now is she ready to be recorded. “I carried so much shame for so many years as a result of this,” she explains.

This May, The Bishop's School updated alumni about the investigation it launched in 2017. The May 3rd, 2019 letter reveals, “To date, 14 alumni have come forward to report incidents of sexual misconduct.”

The school also reports, "Ten different perpetrators were identified as having engaged in sexual misconduct that would potentially constitute a crime at the time of occurrence."

None of the accused are apparently still with the school and at least two are reportedly dead. There were no reported cases within the last 20 years.

The school reports that most of the cases were from the 1970s and 1980s, like the case for the alleged victim who we interviewed.

“He was my adviser starting as early as 7th grade,” she tells us. By her junior year, when she 17 and he was about 30, she says their relationship changed.

“He said he had a flat tire on his bicycle and asked for a ride home,” she reveals. She says he gave her alcohol and seduced her and they had sex several times over the next few months, while he was her teacher.

We ask, “Where would you have sex with him?” She says, “In his bedroom that he shared with his wife.” Next, we ask, “How old was his child during your affair with him?” She responds, “I believe she was seven [years-old].”

“Were you aware at the time of other teachers having inappropriate relationships with students?” we ask.

“Yeah…it was like this subculture that many of us knew about,” she adds.

She says she kept her secret for years. “I felt dirty. I felt used,” she tells 10News. She says she used alcohol and drugs to numb her pain.

Her case, she says, is one of ten that've now been referred to San Diego Police Department detectives. She tells us that detectives told her that, “they wished they could press charges but because of the statute of limitations, their hands were tied.”

San Diego expert criminal defense attorney Gretchen Von Helms says if a victim was underage during the assault, he or she could wait until just before his or her 40th birthday to make a report. “The reason for that was recognizing that some sexual assault victims, [particularly] minors, who may have been assaulted by someone who has authority in their life, may not want to report or may not have the courage to report for many years,” she explains.

Yet on January 1st, 2017, a new California law ended any statute of limitations for such crimes. However, the law is not retroactive. It doesn't apply to any assault before 2017, like the one The Bishop’s School graduate alleges.

Von Helms explains that the law is not being implemented retroactively in an effort to be fair and reasonable to both the accuser and the accused.

“If you were falsely accused of something that happened twenty years ago, how do you go back and reconstruct your alibi or where you were or your defense? It would be nigh impossible to do so,” she adds.

The two exceptions to the statute include independent corroboration and DNA evidence.

The detective in charge of The Bishop's School investigations declined an interview but confirmed that police received several allegations for review and reported the following in an email to 10News.

“6 of those allegations were confidential so we were unable to make contact. Of the 5 remaining, 3 filed police reports that were followed up on and ultimately sent to the District Attorney's Office for prosecutorial review. Any questions regarding statutes of limitations or the status of those cases should be directed to the District Attorney's Office.”

Monday, the District Attorney's Office confirmed that all three cases were rejected. In a follow up email, a representative of the DA’s Office wrote, “You should also know that we can only file charges when we believe we can prove them beyond a reasonable doubt.”

The school also declined an interview, but in the recent letter to alumni, The Bishop’s School leaders wrote, in part, “…we apologize to everyone who was affected.” School leaders also reaffirmed their commitment to student safety.

We ask the graduate who we interviewed, “Do you believe there are other victims who have not come forward, yet?”

“Oh, most likely. Yeah,” she responds.

This past February, the school began working with a 24-hour reporting service. In its May 2019 letter, the school wrote, in part, “Anyone with information about past or new reports of inappropriate conduct can make a report anonymously online at www.lighthouse-services.com/bishops, by telephone at (833) 940-0002 (Spanish speaking at (800) 216-1288) or via email to reports@lighthouse-services.com.”