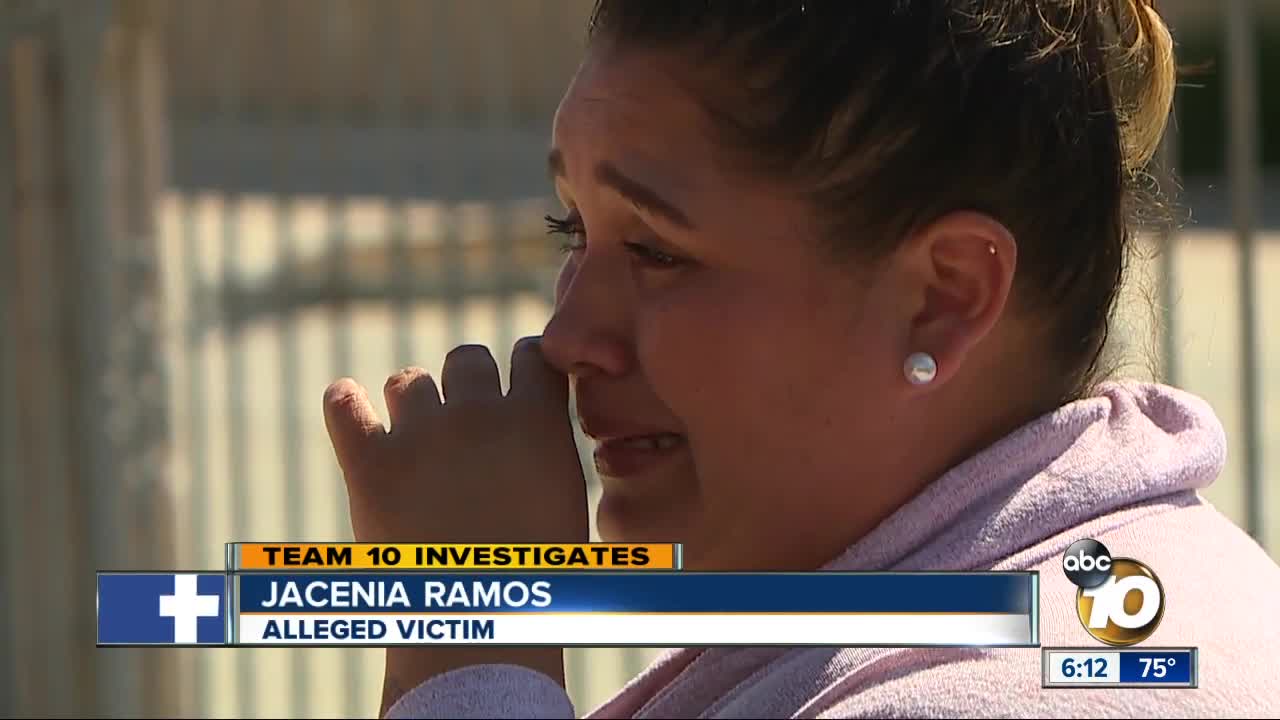 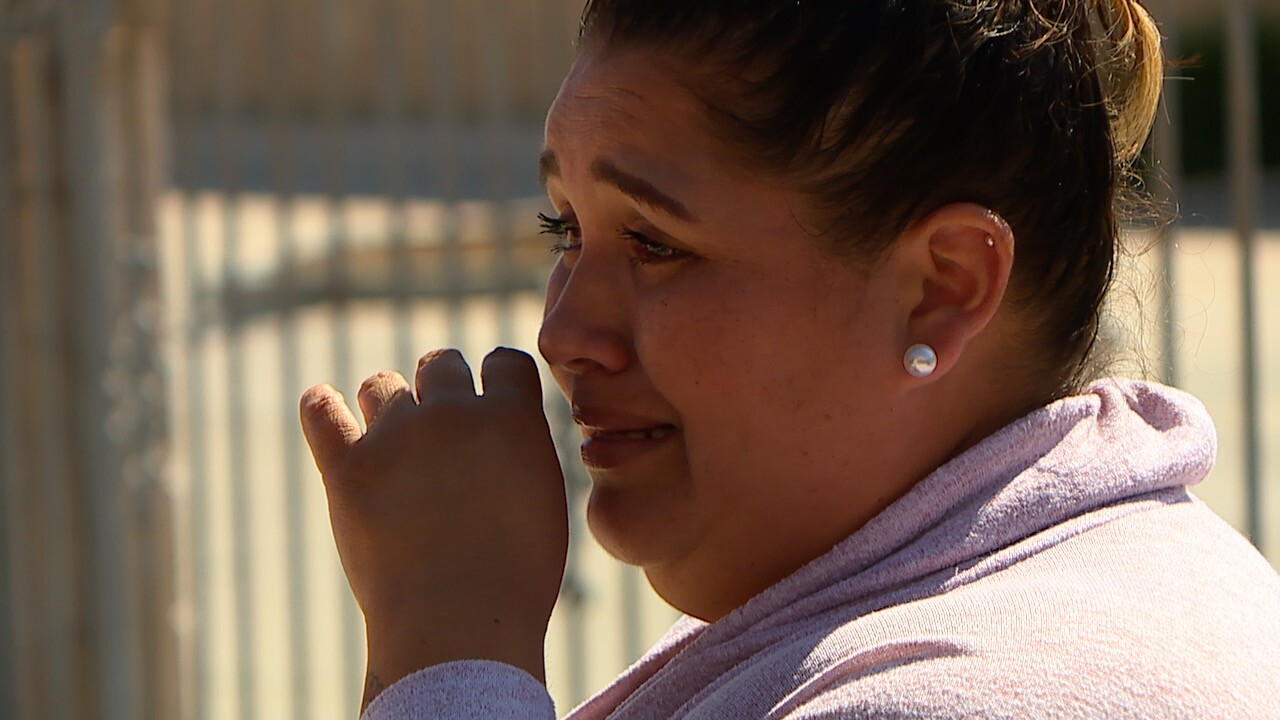 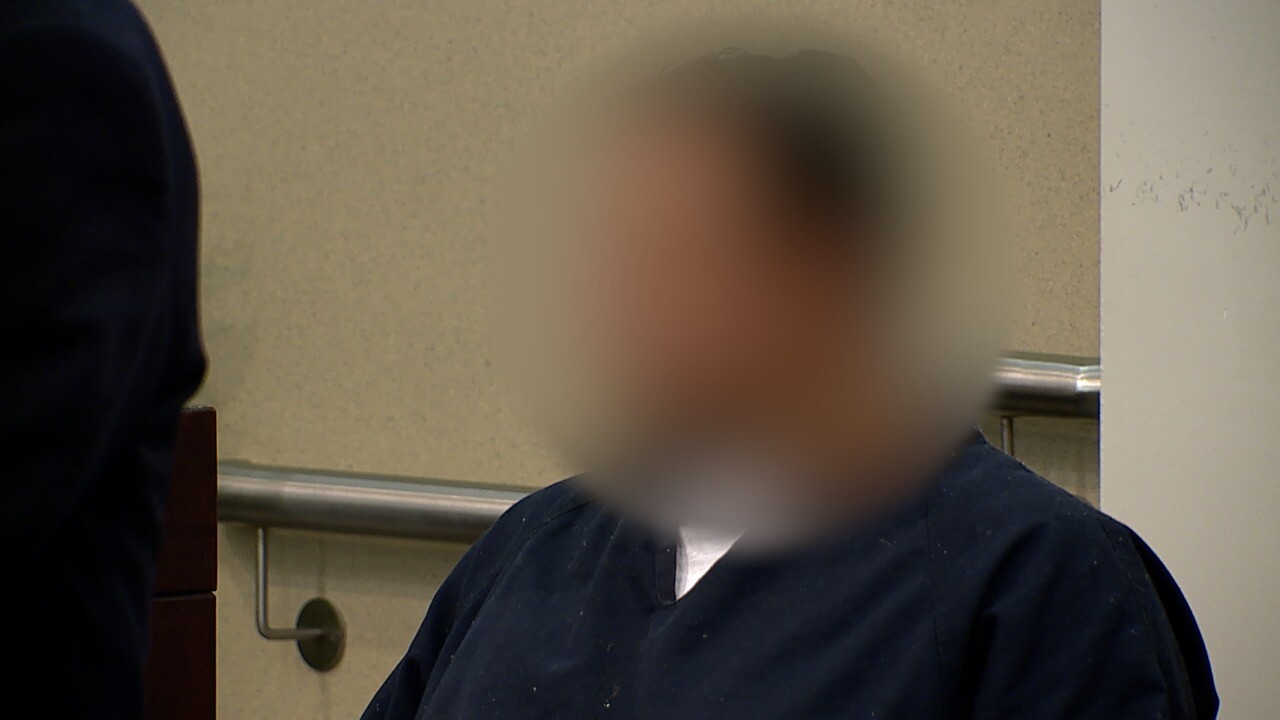 A single mother and her kids were forced to sleep in their car.

10News investigative reporter Jennifer Kastner is exposing the man accused of running an elaborate housing rental scheme and preying on people who are struggling to make it in San Diego.

Deputies believe that Daniel Uriarte pretended to own a house and scammed more than $12,000 from several families that were looking to rent.

Jacenia Ramos was crying when she met with 10News.

“I mean, he didn't only do it to us, he did it to other people, too. That's just wrong,” Ramons says.

Two weeks ago, 10News connected with Ramos’ family and other families after someone posted a warning about Uriarte on an Imperial Beach community Facebook page.

Multiple people told 10News that Uriarte was operating a fake rental on a property in Imperial Beach.

When 10News arrived at the house, there were signs in the window.

“I basically placed [the signs up] that the house is not for rent and if someone did rent it out to them, to contact the local deputies and they'll help them out,” says Eric Leon Estrada.

Leon Estrada cares for the house for his mother, who owns it. They started renting it out to Uriarte and his family in 2018.

Leon Estrada and his mother tells 10News they came across a Craigslist post a few months ago advertising a two-room apartment for $1,200 a month. The ad said the unit -- which was a garage converted to an apartment -- was still under construction, according to Estrada.

Leon Estrada says that Uriarte knew that subletting was not allowed. He showed 10News a copy of the lease, which clearly states that they agreed "not to transfer, assign or sublet the premises or any part thereof."

Leon Estrada and his mother say that they told Uriarte’s family that they had 30 days to leave.

Leon Estrada says he noticed "mail coming in from different families with different last names, so it doesn't take a detective to figure that out.”

“I’m very grateful that we had a car to sleep in. We could have been sleeping on the sidewalk,” says a young woman who 10News is not identifying. She’s overcome with shame and embarrassment. She says her family fell for Uriarte’s Craigslist ad and handed over a massive deposit, thinking that he was the owner. Yet when they tried to move in, they tell 10News that Uriarte kept making excuses to delay their move-in.

“There was lead paint. There was something wrong with the electric cables. It was just excuse after excuse,” she adds.

Ramos tells 10News that Uriarte gave her a similar run-around. “I was so stressed out. I ended up in the hospital because of all the stress,” she explains.

She shared with 10News a voicemail that she says Uriarte left her. In part of it, the man’s voice is heard saying, "It’s not that I don't want to rent to you. It's not. I'm telling you, and it's the truth, it's the fact that I don't have enough time to finish up that job.”

A few days after 10News interviewed some of the families at the house in Imperial Beach, this station received a call from a San Diego County Sheriff's detective. He told 10News that they planned to arrest Uriarte soon.

Over the phone, Uriarte denied doing anything wrong. Last Friday, he was scheduled to meet 10News, but he never showed up. He texted that his attorney would contact 10News, which never happened.

This Tuesday, deputies notified 10News that they'd arrested him. Part of the statement reads,

“From June 5 to July 24, 2019 Daniel Uriarte…misrepresented himself as the owner and manager of a rental property located in the 800 block of 10th Street in Imperial Beach. Uriarte advertised the property via Craigslist and presented fraudulent rental agreements to his victims. To date, Uriarte has scammed six known victims out of more than $12,000. On August 23rd, Detectives from the Imperial Beach Sheriff's Substation arrested Uriarte for six counts of obtaining money by false pretenses. He was booked into the San Diego Central Jail. Uriarte's first court appearance is scheduled for August 28th at 1:30 p.m. at the South Bay Courthouse. While this case has been submitted to the District Attorney's Office, the investigation is ongoing. The Sheriff's Department is looking for additional victims or witnesses. Anyone with information can call Detective Jason Phillips with the Imperial Beach Sheriff's Substation at (619) 498-2400.”

10News attended Uriarte’s arraignment on Wednesday, where he pleaded not guilty. His bail is set at $25,000. His next court appearance is in September.