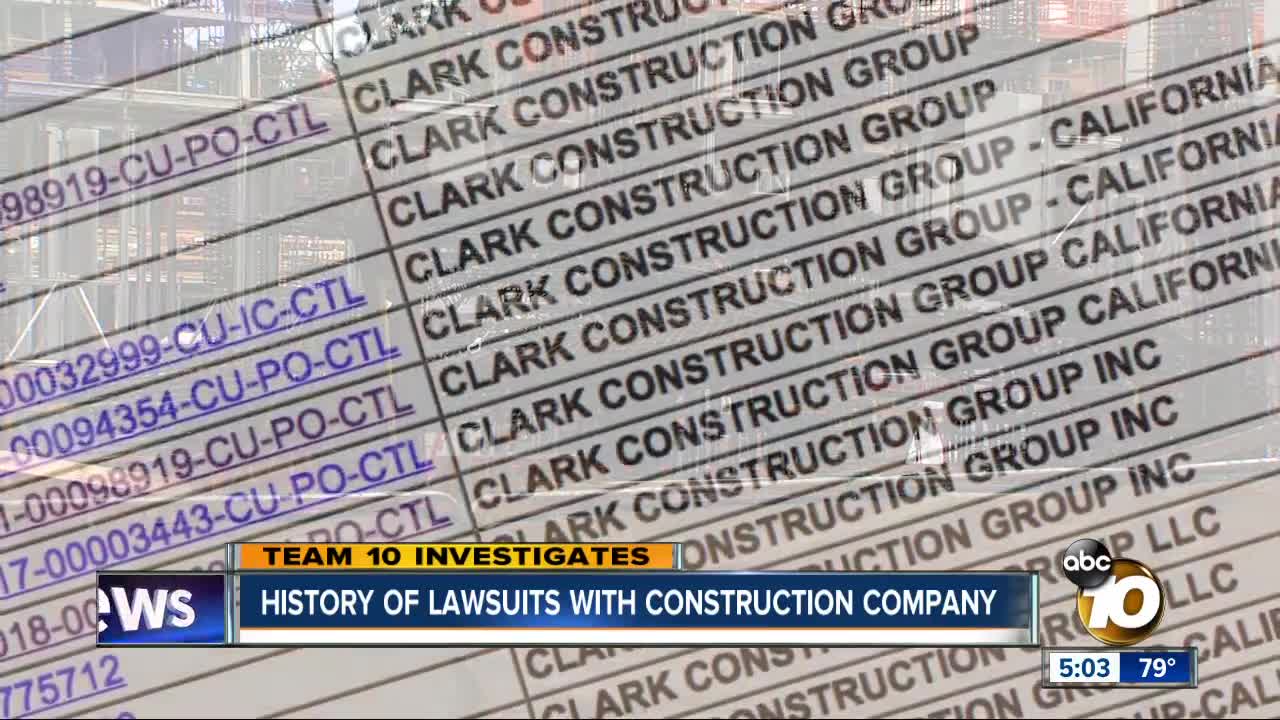 SAN DIEGO (KGTV) — San Diego court records show a history of legal disputes with Clark Construction Group, the company that employed the worker who died in yesterday’s accident on a construction site at UC San Diego.

10News found a court complaint over the 2017 death of a driller. Frederick Von Kahl's family sued Clark Construction and other defendants for negligence, alleging they created a dangerous workplace at a San Ysidro job site which reportedly caused a valve to strike Kahl in his chest.

Friday afternoon, Kahl family attorney Benjamin Bunn said that the case just recently moved into a settlement agreement. He said that Kahl had been married for 40 years.

The Occupational Safety and Health Administration (OSHA) website revealed that it issued violations and a $1,260 fine.

In another negligence case, a worker sued Clark Construction Group and other defendants over a 2010 accident at the San Diego Marriot & Marina Hotel, claiming that a large piece of concrete dropped through a roof and struck a worker's body and right arm. The case was later dismissed.

There's also a negligence suit that settled after a 91-year-old woman reportedly suffered broken bones from a fall while walking by a downtown construction site that she claimed was unsafe.

The Division of Occupational Safety and Health of California (Cal/OSHA) has done at least 10 investigations into the company in the last 10 years.

A Cal/OSHA spokesperson said Thursday that most of the investigations involve complaints from workers reporting unsafe conditions, with no violations issued. However, Clark Construction was reportedly issued two safety violations and a $4,000 fine in 2014 over a project in Riverside, California.