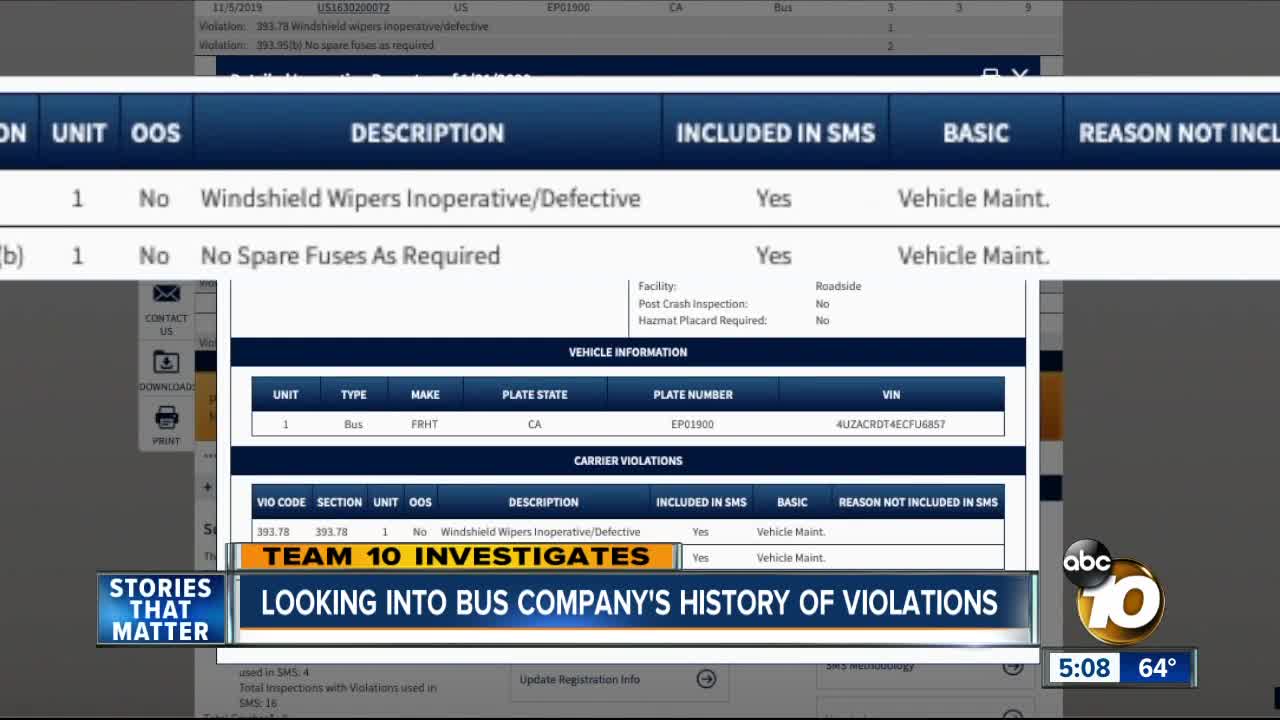 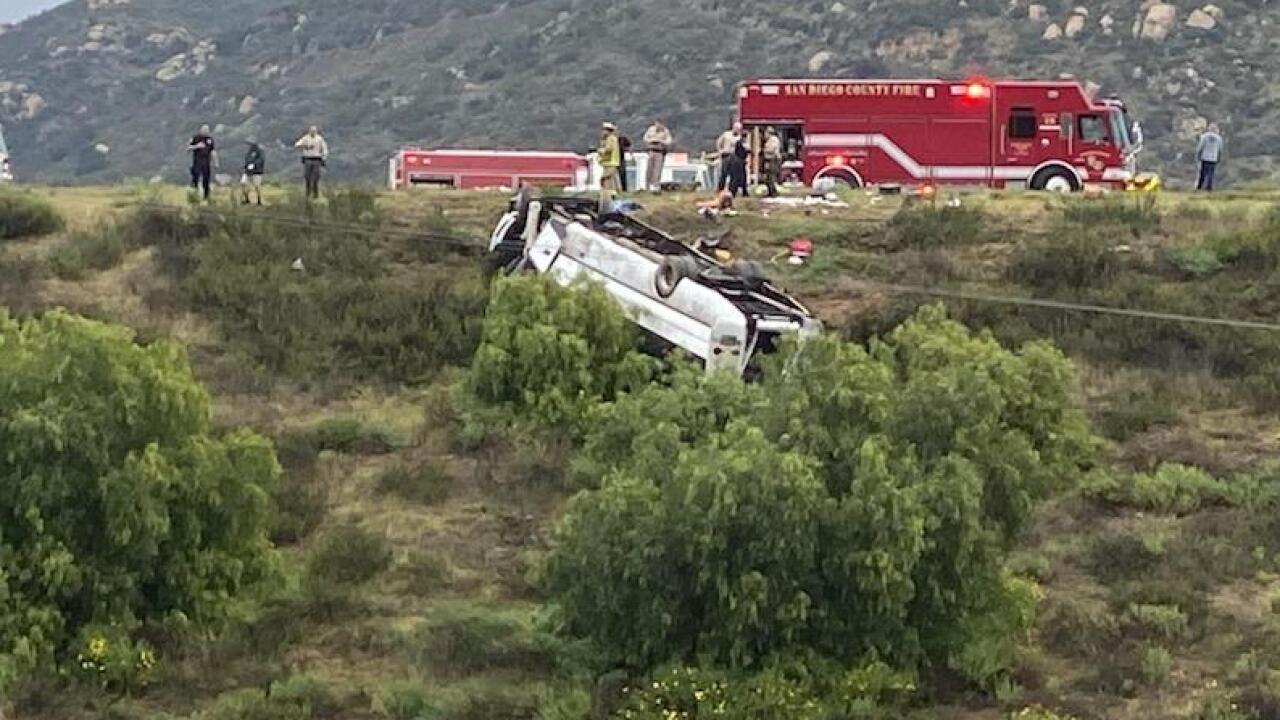 PALA MESA, CA (KGTV) -- 10News is now digging deeper in the history of violations issued to the company that operated the bus that was involved in this rainy Saturday's deadly crash on I-15 just south of Pala Mesa.

“One life lost is too many,” says Chris Turner with the Commercial Vehicle Safety Alliance. We spoke to him over FaceTime on Monday.

The bus was operated by Executive Lines Inc., based in El Monte. According to the federal administration that oversees bus inspections, the company's fleet has had no crashes over the past two years, until now. However, they have had 26 maintenance violations, reportedly. After a November 2019 inspection, the same bus that was involved in this weekend's crash was reportedly issued two violations related to windshield wipers and spare fuses.

Turner says violations like those should’ve been fixed right away. “Those need to be remedied before the vehicle is dispatched again,” he adds.

10News spoke to attorney Nathan Morris about a separate major bus crash that happened last September in Utah, injuring 22 tourists. He's representing seven of the victims. “[I’m representing] three of those who were killed in the crash and their families as well as four others who were injured to various degrees,” he adds.

Morris says bus passengers can look online for a snapshot of a company's safety. “They have a right as passengers of that bus to make sure that the driver and the companies and anybody else are held accountable for keeping the rules,” he says.

“You enter the company's USDOT number and it will tell you whether or not they’re a safe company,” says Turner of researching bus companies online. A USDOT number is issued by the Department of Transportation. If you can’t find it on a company’s website, Turner says you can make a phone call. He adds, “One of the things they should readily give you when asked is the USDOT number and if not, that's immediately a red flag. Why won't you provide the number that just lets me check to make sure you're safe?”

10News contacted Executive Lines Inc. on Monday to ask if there was anyone who could speak about the crash. The person who answered the phone said “no” before hanging up on the call.

If you want to research a bus company's inspection history, click here:
https://safer.fmcsa.dot.gov/CompanySnapshot.aspx