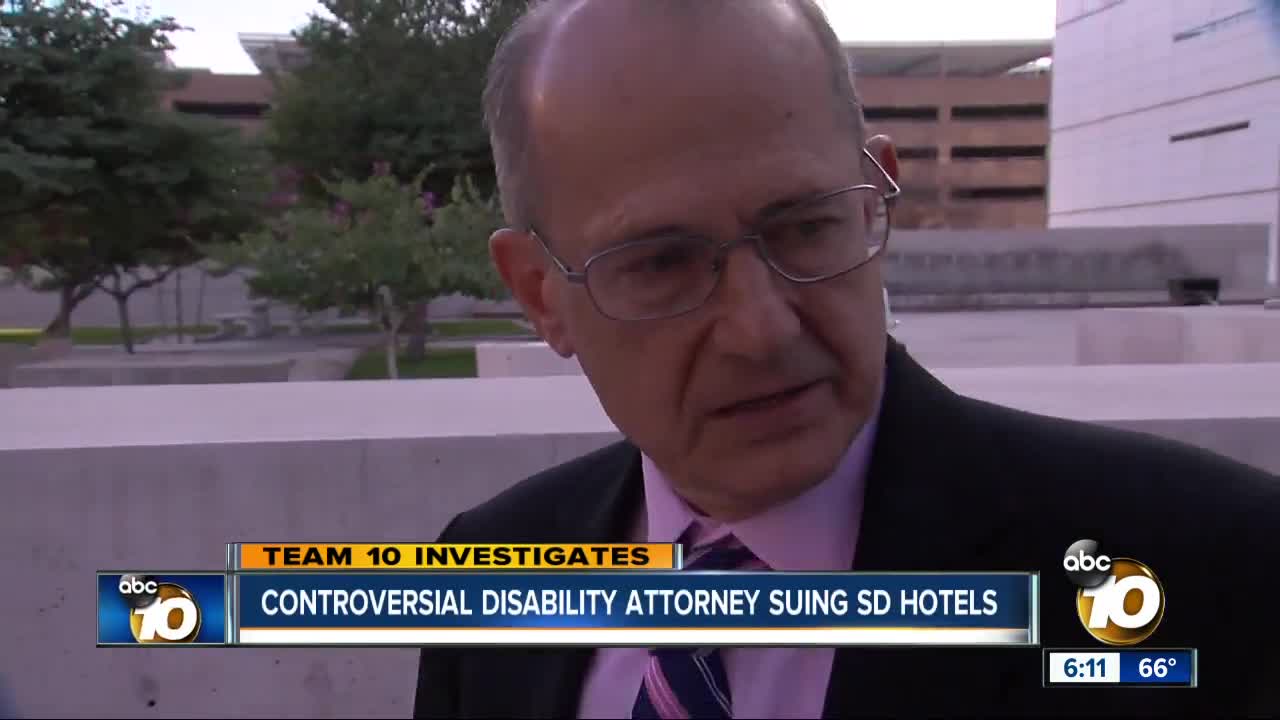 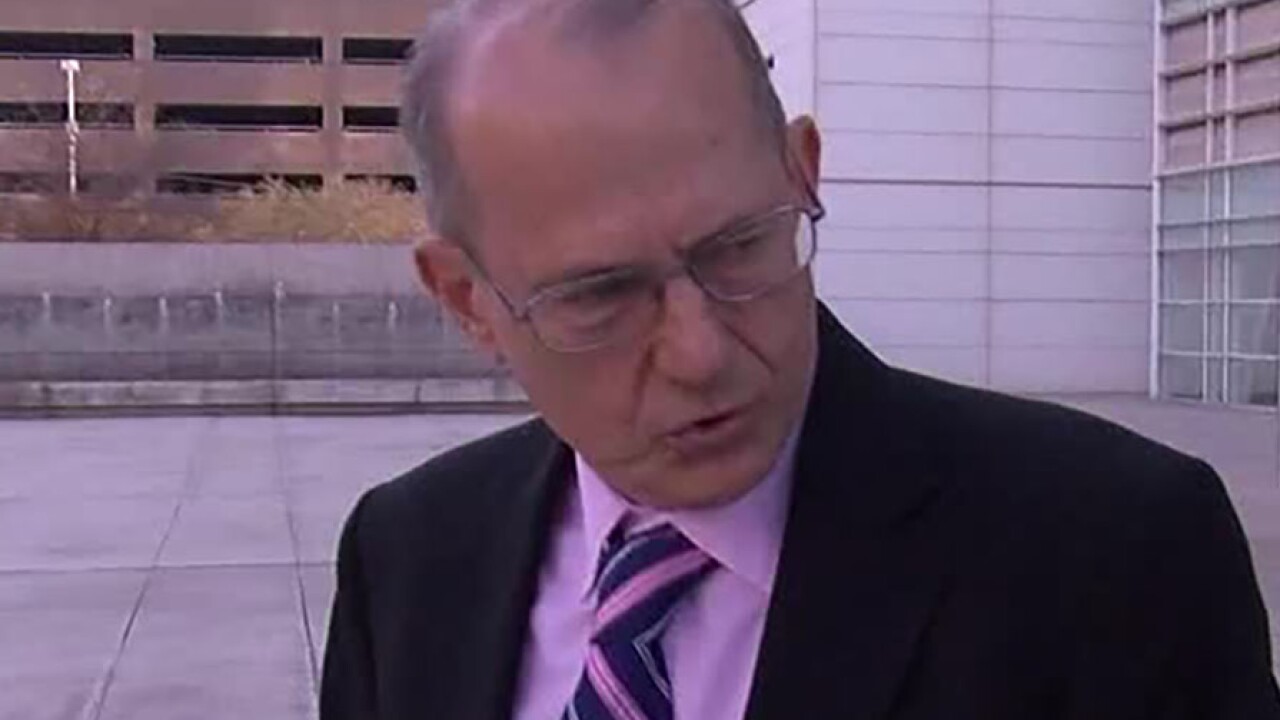 SAN DIEGO (KGTV) - A notorious attorney who's been temporarily banned from practicing law in Arizona is now filing lawsuits in San Diego.

Peter Strojnik has made multiple headlines with his reputation for filing frivolous disability lawsuits. His tactics have been highly controversial. Critics argue that he unfairly targets and drains mom-and-pop businesses.

Now, he's suing San Diego hotels, some of which he never stayed in.

Strojnik has filed more than 2,000 disability lawsuits and is currently unable to represent clients in Arizona until the Arizona State Bar finishes its investigation into his methods. However, he can still represent himself, and he’s now filing disability lawsuits in San Diego County. He claims to be "a disabled person" with nerve damage and cancer who's been disadvantaged by eight San Diego hotels.

“It’s pretty new. Within the last 12 months we've seen several. [There have been] maybe 100 to 200 lawsuits filed by several law firms,” says attorney Marty Orlick, who has defended several companies involved in these suits.

Orlick says the number of disability suits based on the booking websites for hotels- not just the hotels, themselves- keeps growing. That's the case with some of the San Diego hotels that've been sued by Strojnik, like Tower 23.

That suit claims sites like Expedia, Hotels.com, Travelocity and the hotel's own website have little to no disability access information which violates the Americans with Disabilities Act.

According to the lawsuit, he claims to have subsequently "declined to book a room."

"These are the kinds of things that plaintiffs have been looking at [for] filing lawsuits,” adds Orlick.

Orlick’s clients includes some of the California hotels that have been sued by Strojnik, such as a small family-owned bed and breakfast that Strojnik did visit. A family member wrote to us that her elderly parents still run the business and the disability claim has been detrimental to their mental and physical health.

Strojnik once told a reporter at our Scripps sister station in Arizona that he doesn't go after mom-and-pop businesses.

“We sue lawbreakers. We don't sue mom-and-pop,” he claimed.

“That is a totally false statement,” said Lesa Crismon.

Crismon and her disabled mother run a small Arizona baby clothing boutique. A few years ago, they were sued by Strojnik and the controversial group Advocates for Individuals with Disabilities (AID). AID’s lawsuits were more than a thousand copy-and-paste cases that alleged violations with parking lot signs and demanded thousands of dollars. AID called it a type of advocacy. The Arizona courts reported that it was extortionate. Strapped for cash, Crismon made the fixes herself.

“I don't have the money,” she said at the time.

10News reached out to all of the San Diego hotels that were sued by Strojnik. The ones that got back to us did not agree to interviews. Yet court records reveal that at least one hotel has fought back. The Rancho Valencia Resort requested a "medical examination" for Strojnik to determine if he "qualifies as a person with a 'disability'" by law and is fit to practice in California, after being "suspended from practice in Arizona”. After the resort filed that response, Strojnik dropped the lawsuit.

10News asked Strojnik for an interview last week, but he wrote back, "not interested."

The Arizona State Bar says Mr. Strojnik has until December 17th to file a response to the Bar's official complaint against him. Once that happens, he and the Bar’s counsel can schedule a hearing.