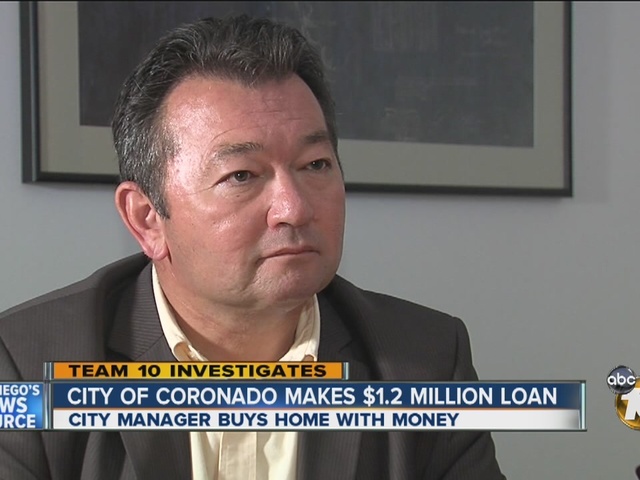 The City of Coronado authorized a $1.2 million loan so its city manager could buy a home at a low interest rate. 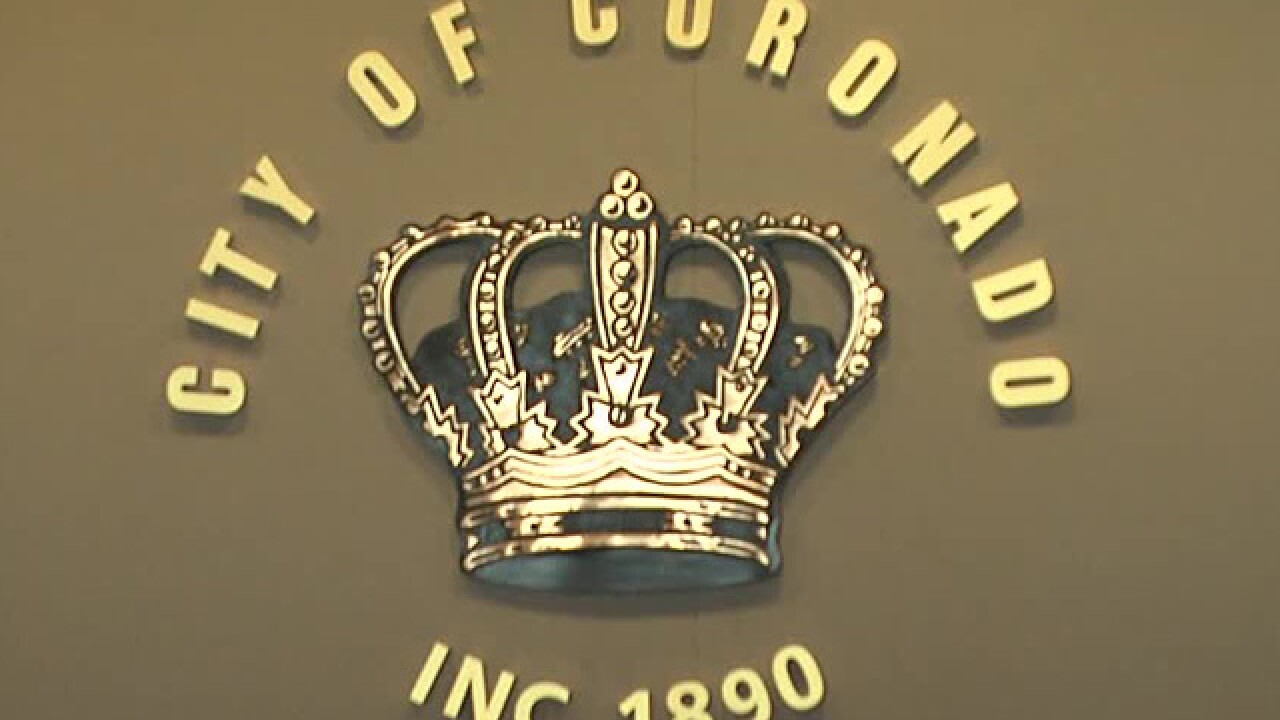 The City of Coronado authorized a $1.2 million loan so its city manager could buy a home at a low interest rate.

Coronado City Manager Blair King earns $193,000 annually and is entitled to a $525 monthly car allowance, according to his contract, which was signed September 2011.

King’s contract states he can borrow up to $1.5 million for "housing assistance." The loan is contingent on a two percent interest rate above what the city's investments are earning.

King said he pays roughly 2.5 percent interest on the loan. He said his payments are $6,000 a month.

According to historical interest rate data kept by the Federal Reserve, when King's contract was signed the average interest rate for a home loan was 4.8 percent.

"It was important to the city council that our city manager live in Coronado," said Mayor Casey Tanaka. "Unfortunately it's pretty common that the city's servants can't afford to live where they serve."

The average home in Coronado currently costs $975,000 according to real estate tracking company DataQuick. That figure is more than double the average price of a home in San Diego County, which is $421,060, according to DataQuick.

"The money is safe," Tanaka said. "Our manager works here in town and we're frankly getting a pretty good rate of return versus what we would have been otherwise."

Team 10 found King is the first Coronado city manager to receive a loan of this nature.

His predecessors’ contracts didn't offer a loan or housing assistance.

"We have one employee, our top employee that we've decided that was important enough to make that deal," Tanaka said. "I don't think the city of Coronado has any plans to do it for more than one employee."

King has spent 35 years working for city governments across California. This is his fifth job as a city manager.

"I don't want people to think I'm getting a free house," King said. "I'm paying back a loan."

King said he wanted to live in Coronado so he could provide the best services to residents. He said he sees the quality of city services directly -- his kids play in the parks and he drives on the roads every day.

"I don't [know] that it's a good idea for the city to be handing out mortgage loans," Monroig said.

"I enjoy a productive working relationship with city manager Blair King, even though I fought against his compensation package and lost. Coronado taxpayers lost, too.

In reality, Coronado is struggling for tax dollars to pay our excessive off-balance-sheet debts -- Pension Debts and Redevelopment Debts. Also, our residents have been very vocal about their priorities this year. They want us to direct more city resources to make our under-served Beach cleaner and safer, as well as make our under-served Animal Care Facility free of ringworm and future such outbreaks.