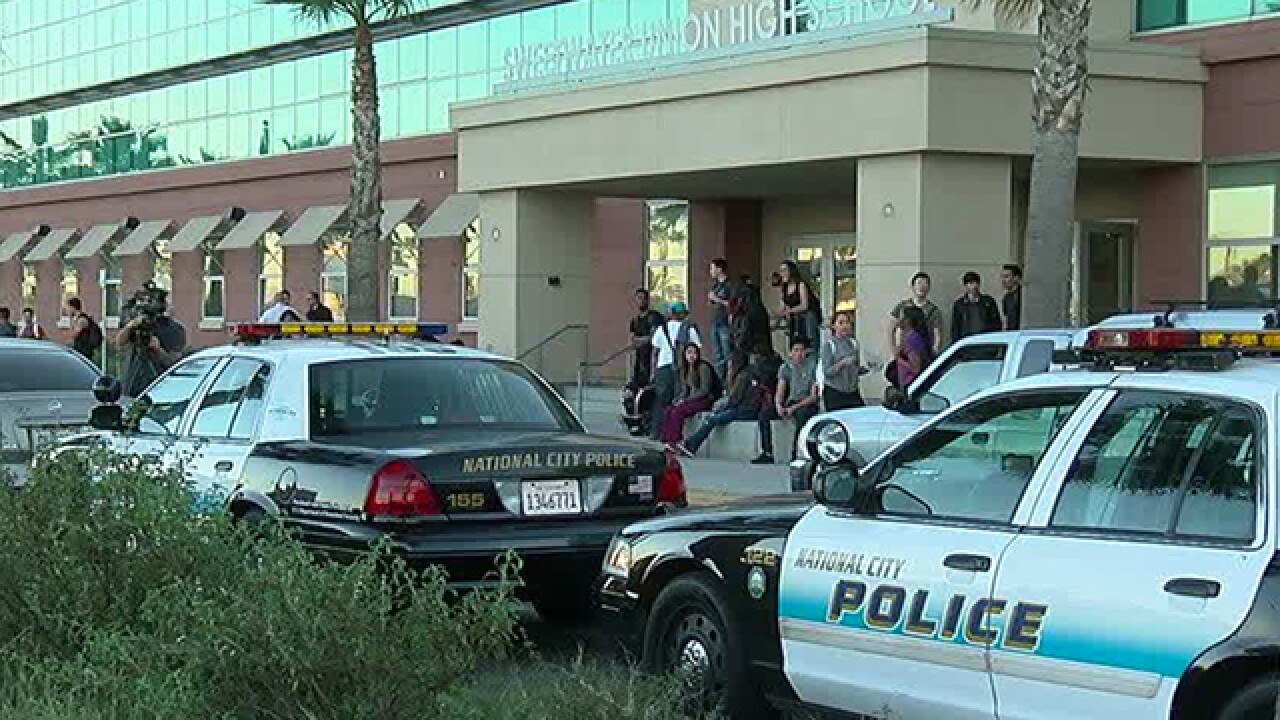 A report of a teenager walking across the grounds of Sweetwater High School with a gun Monday prompted a 45-minute campus lockdown that ended when officers located the boy at a nearby home and arrested him.

Administrators at the school in the 2900 block of Highland Avenue in National City got word of the sighting shortly after 3:30 p.m., said Manny Rubio, spokesman for Sweetwater Union High School District. The armed youth reportedly was walking across the campus with another boy.

Classes already had let out for the day, but about 400 students were still present for after-school activities, Rubio said. They were secured inside locked classrooms as a precaution while police conducted sweeps of the school grounds and surrounding neighborhood in search of the gun-toting teen.

About 4:30 p.m., officers found the youth at a home near the school and took him into custody. His name was withheld because he is a minor.

Officials do not believe that the suspect is enrolled at Sweetwater High, Rubio said.

The teen apparently made no threats while at the school.