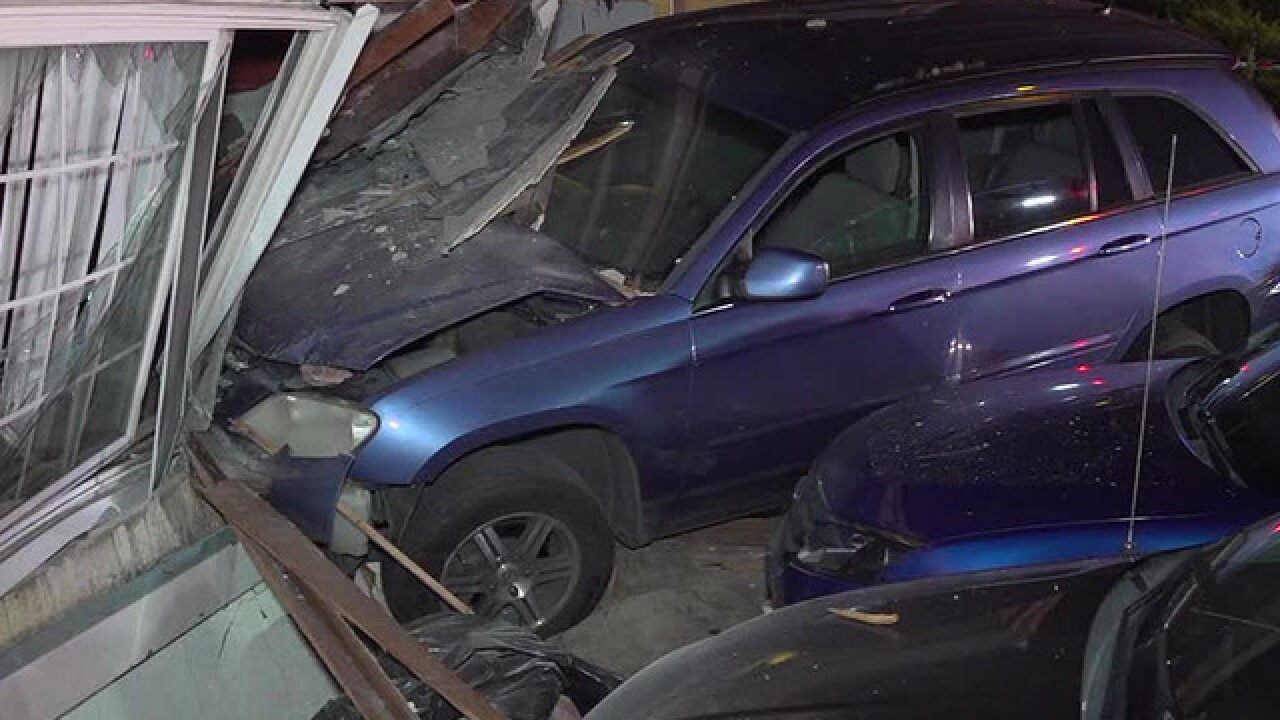 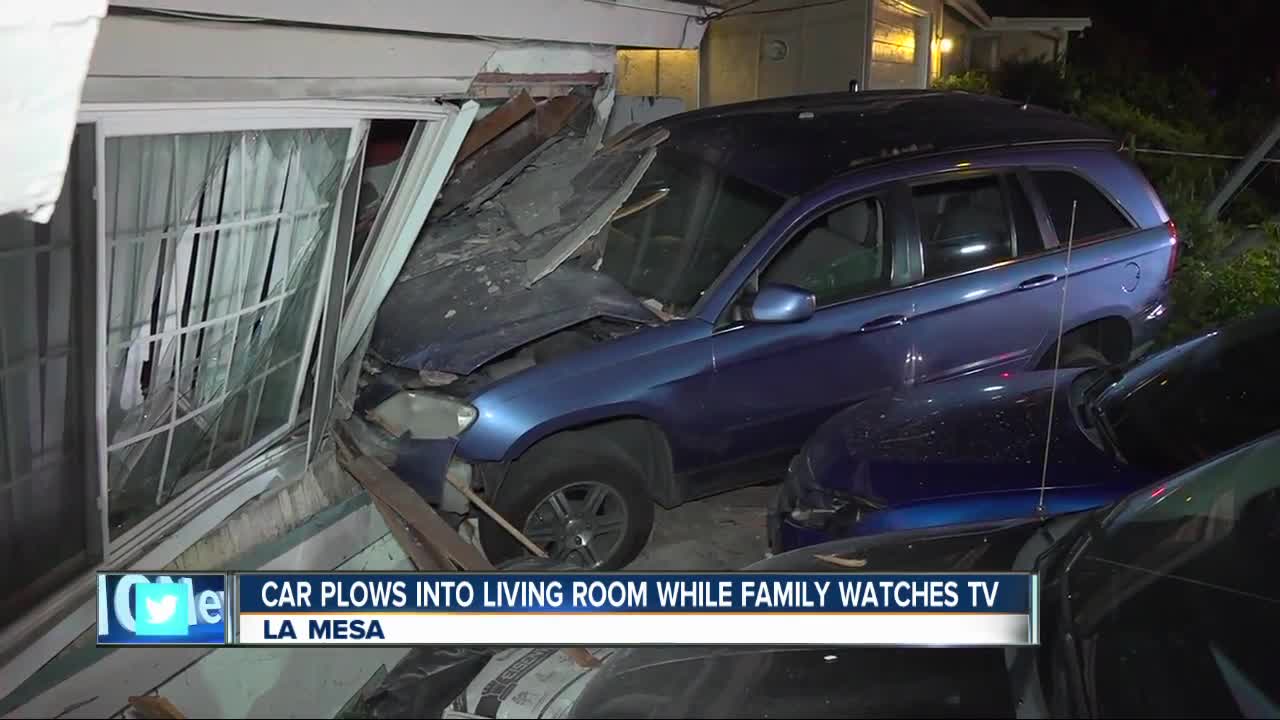 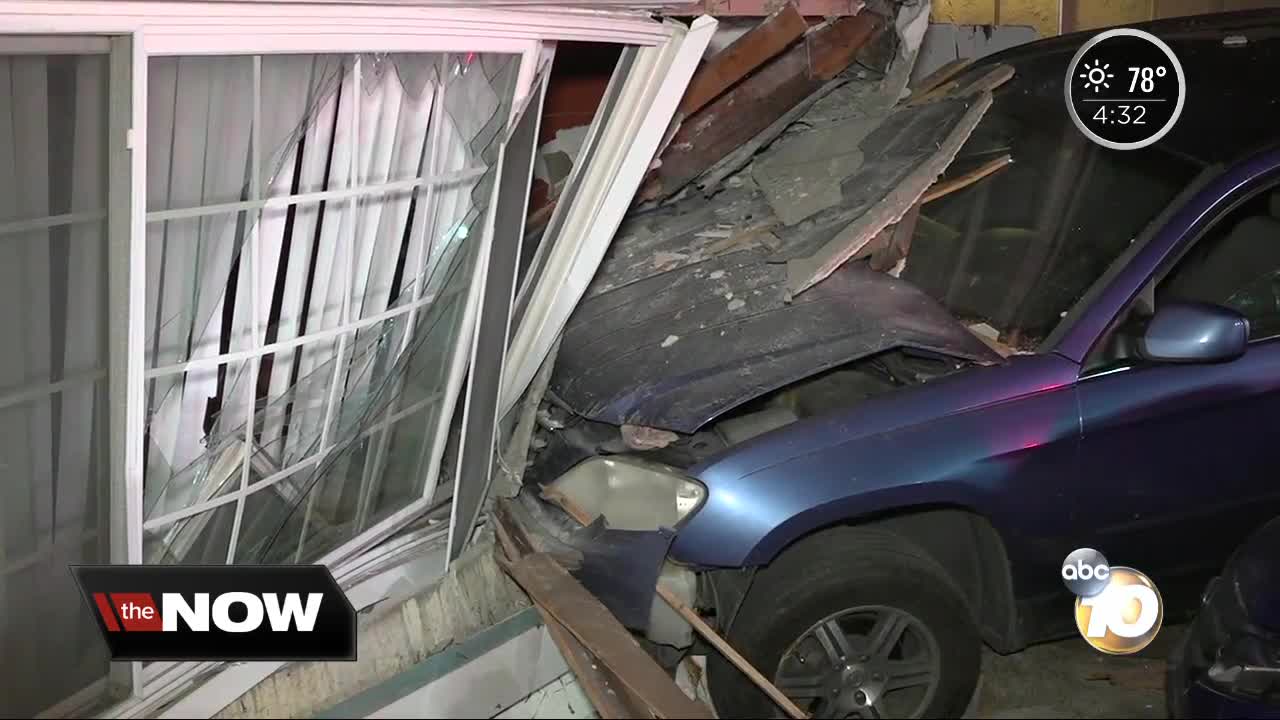 LA MESA, Calif. (KGTV) - A La Mesa family received a scare Wednesday night when an SUV plowed into their living room as they watched TV.

The crash happened at around 10:45 p.m. in the 6000 block of Veemac Avenue, according to La Mesa police.

Following the crash, responding officers struggled with the driver as they tried to administer a field sobriety test. The man was eventually detained and placed under arrest.

Residents inside the damaged home said the driver told them he was schizophrenic and drove into the house in an attempt to kill himself.

Family members said no one inside was hurt, but they told 10News the impact sounded like an earthquake as they were sitting down in front of their television.

The family said because the house is without electricity and gas due to the crash, they were forced to get a hotel room for the night.

10News learned the driver was arrested on suspicion of DUI and taken to the hospital to be evaluated.