Survey: 50 percent of Americans have looked through their partner's cell phone

(KGTV) -- Have you ever looked through your significant other’s phone? A new study on phone snooping shows 50 percent of Americans have admitted to looking through their partner’s phone, with a large number of people who believe doing so is a no-no.

WhistleOut, an Australian company that examines the wireless telecommunication industry and cell phone usage, surveyed 1,600 Americans to get their thoughts on phone privacy and the impact it has on relationships.

Asked if they think “snooping is okay,” 48 percent of women and 31 percent of men surveyed said yes. 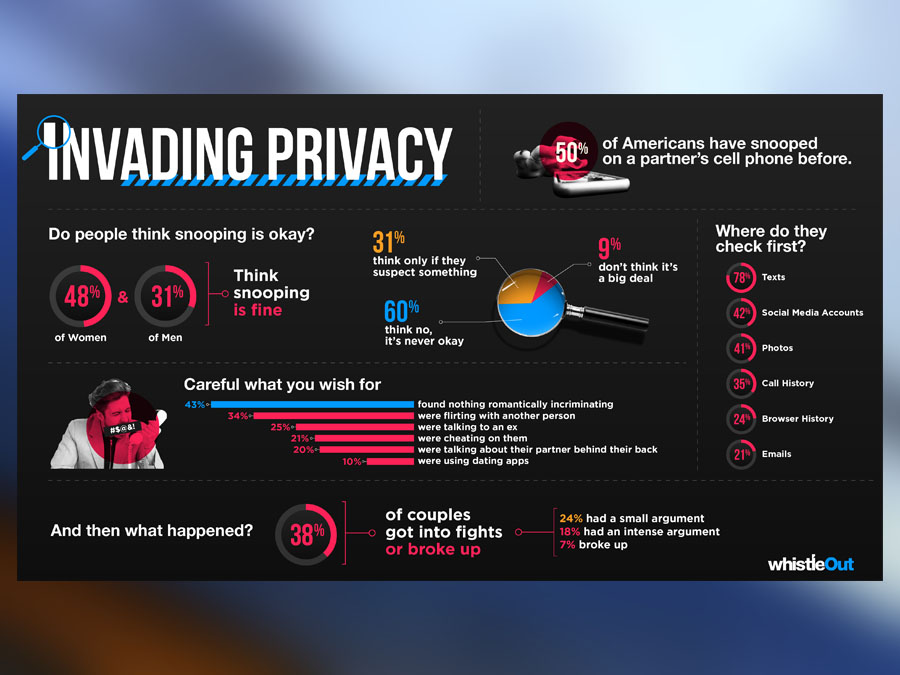 WhistleOut’s survey showed 31 percent of people think it’s OK to snoop if they suspected something was going on. A whopping 61 percent, however, said it’s never OK to look through a partner’s phone.

38% of people have gotten into an argument or broken up because of it, the survey said.


For those who have looked through their significant other’s phone, 43 percent of them said they did not find anything romantically incriminating on the device. The survey showed 34 percent did learn their partner was flirting with another person, and 21 percent found out their partner was cheating on them.

According to the survey, those who snooped checked text messages first (78 percent of survey respondents), followed by social media accounts (42 percent).

A large number of those surveyed -- 68 percent -- said they wouldn’t be concerned if their partner was looking through their phone.

Some other findings from WhistleOut’s survey: 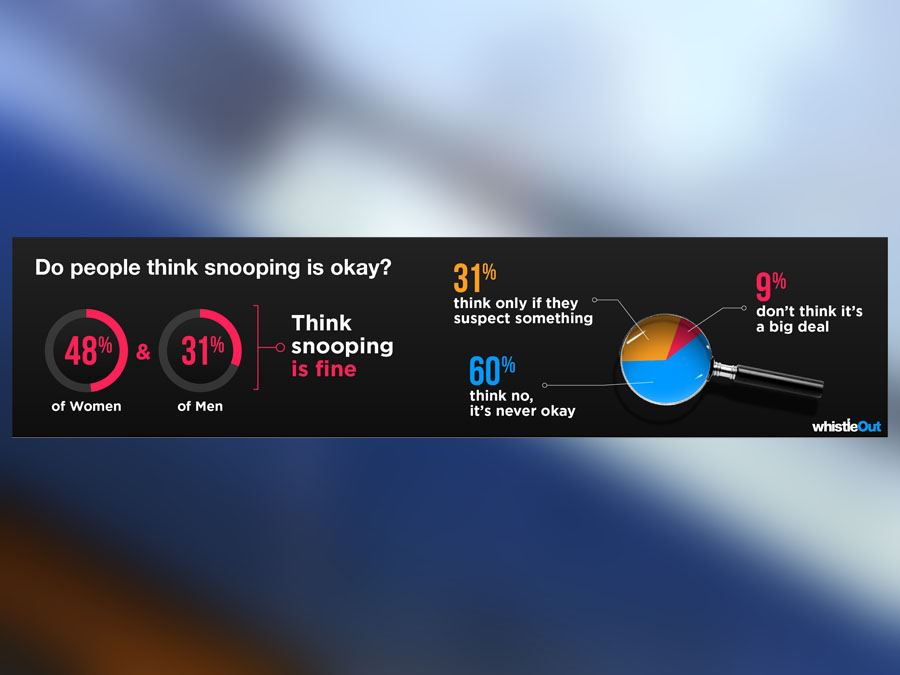 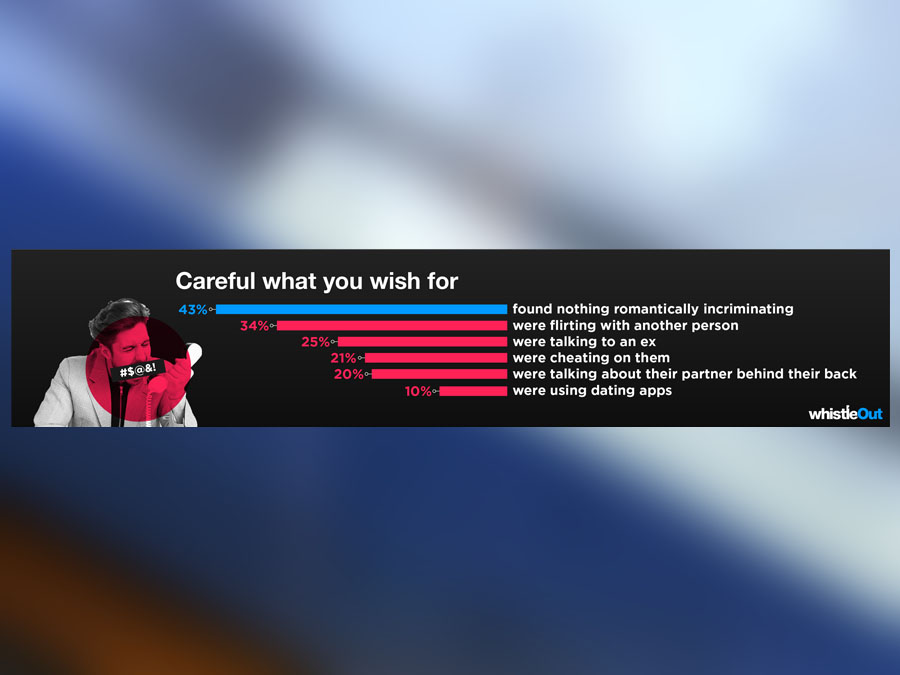 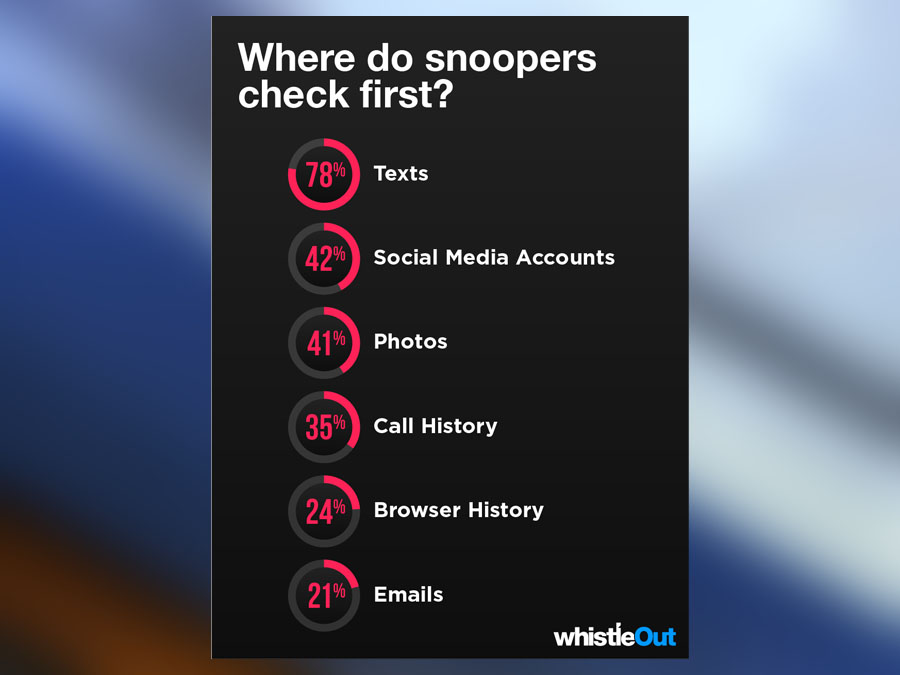 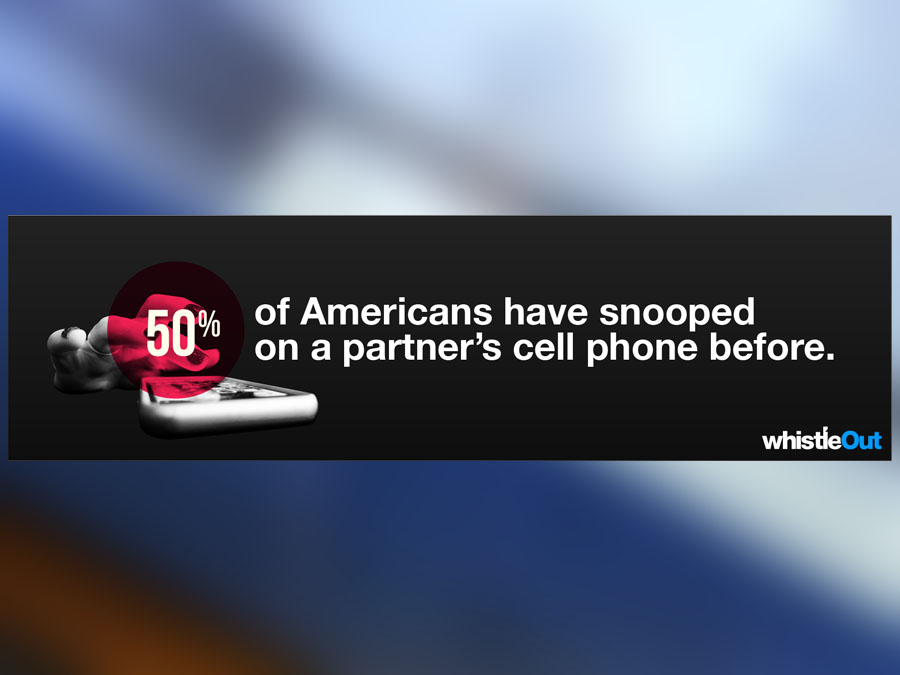 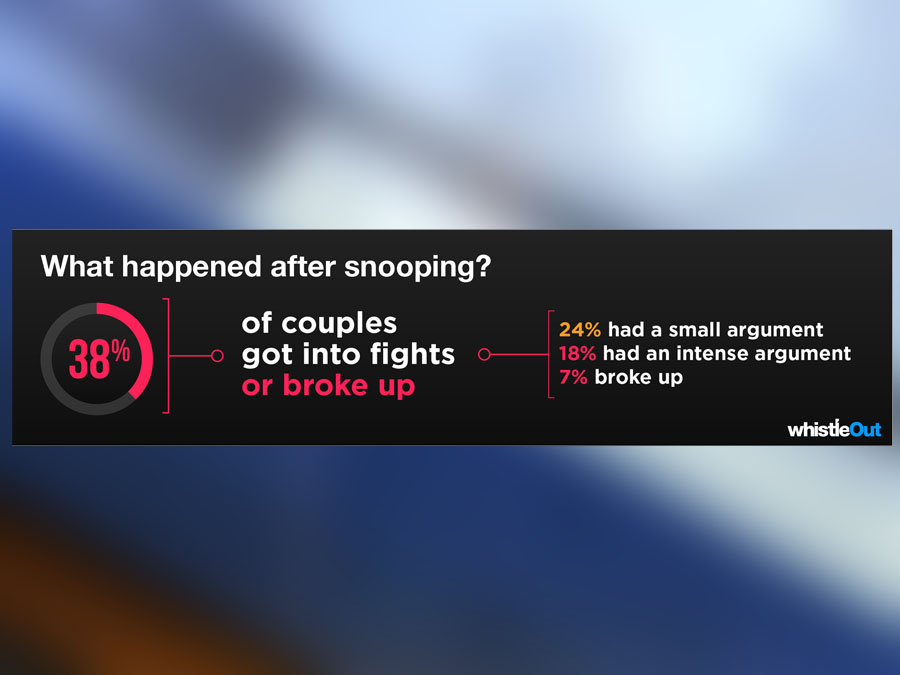