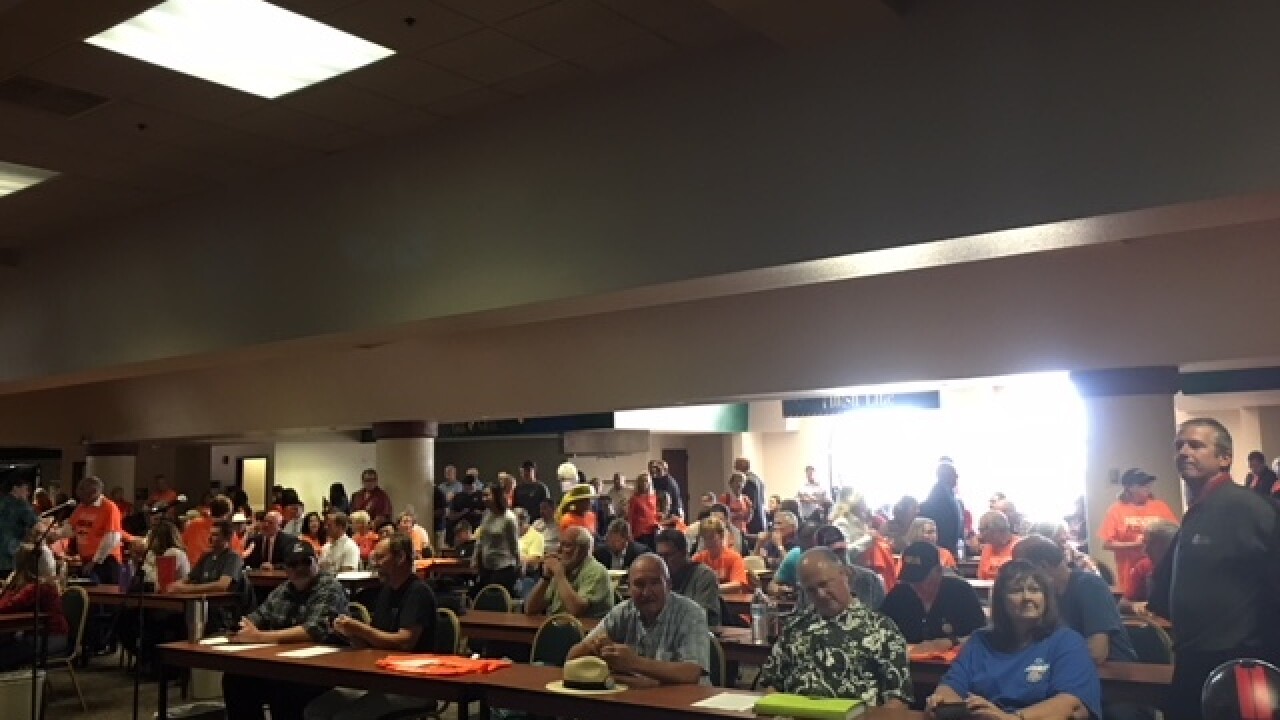 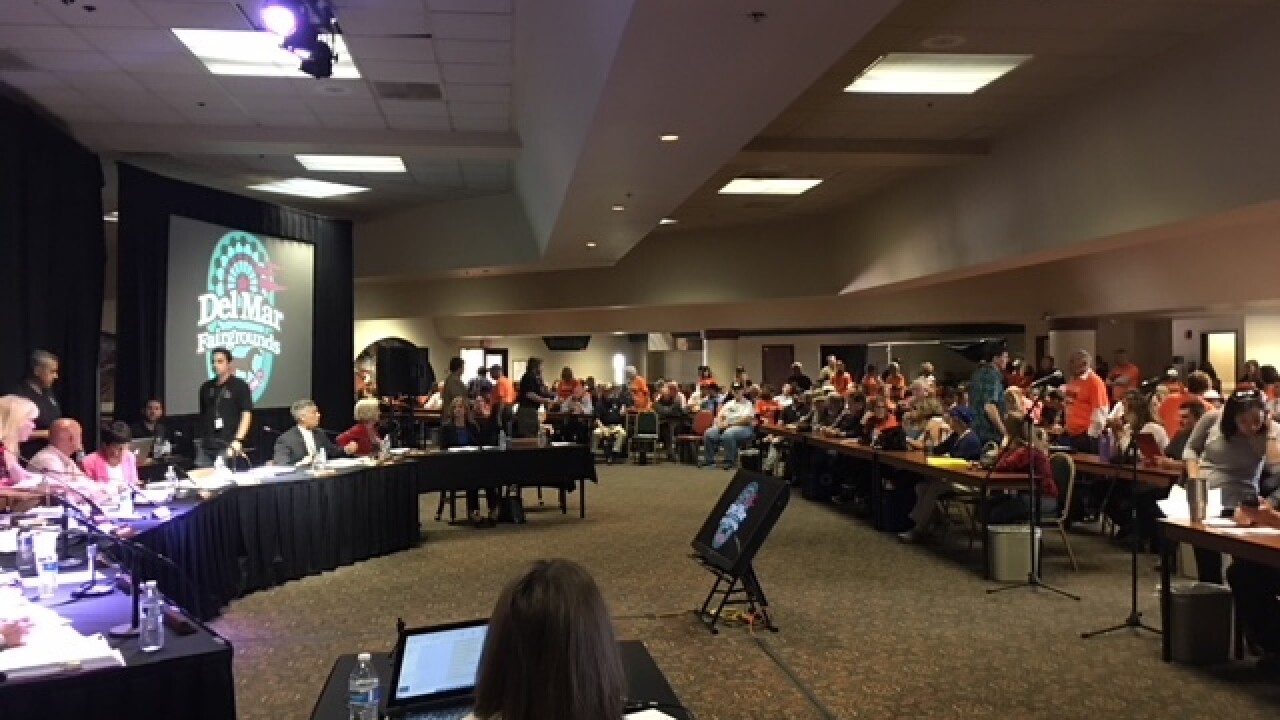 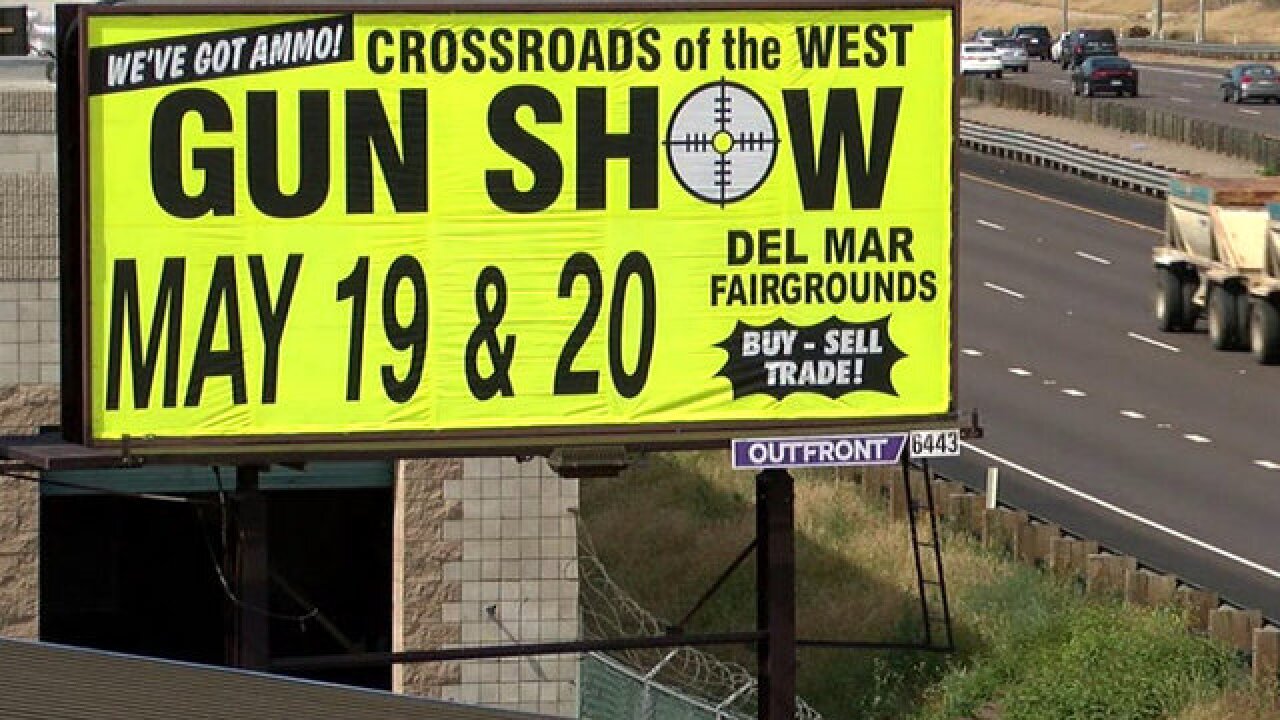 DEL MAR, Calif. (KGTV) - Del Mar Fairgrounds officials Tuesday will hear from supporters and opponents of one of the largest gun shows in California.

The group Never Again California is urging the 22nd District Agricultural Association Board of Directors to bring an end to the Crossroads of the West gun show in Del Mar -- an event that brings in $100,000 to the local economy.

The gun show has been held at the Del Mar Fairgrounds for the past 28 years. In years past, gun control advocates have targeted the show in an effort to have the fairgrounds cancel the event.

Never Again California says students will speak before the board at a Tuesday afternoon meeting and discuss the impact of recent school shootings.

"There are 40 gun shops in the community and 3-4 big box stores selling guns; we don't need to have gun shows," said Rose Ann Sharp with Never Again California.

Supporters of the gun show say the recent push to end the show is a knee-jerk reaction to recent events.

"Just because they've decided that a group of people is undesirable, they shouldn't use the power of government to kick them out of town," said Michael Schwartz with the group San Diego County Gun Owners.

The next Crossroads of the West gun show at the Del Mar Fairgrounds is scheduled for May 19-20.