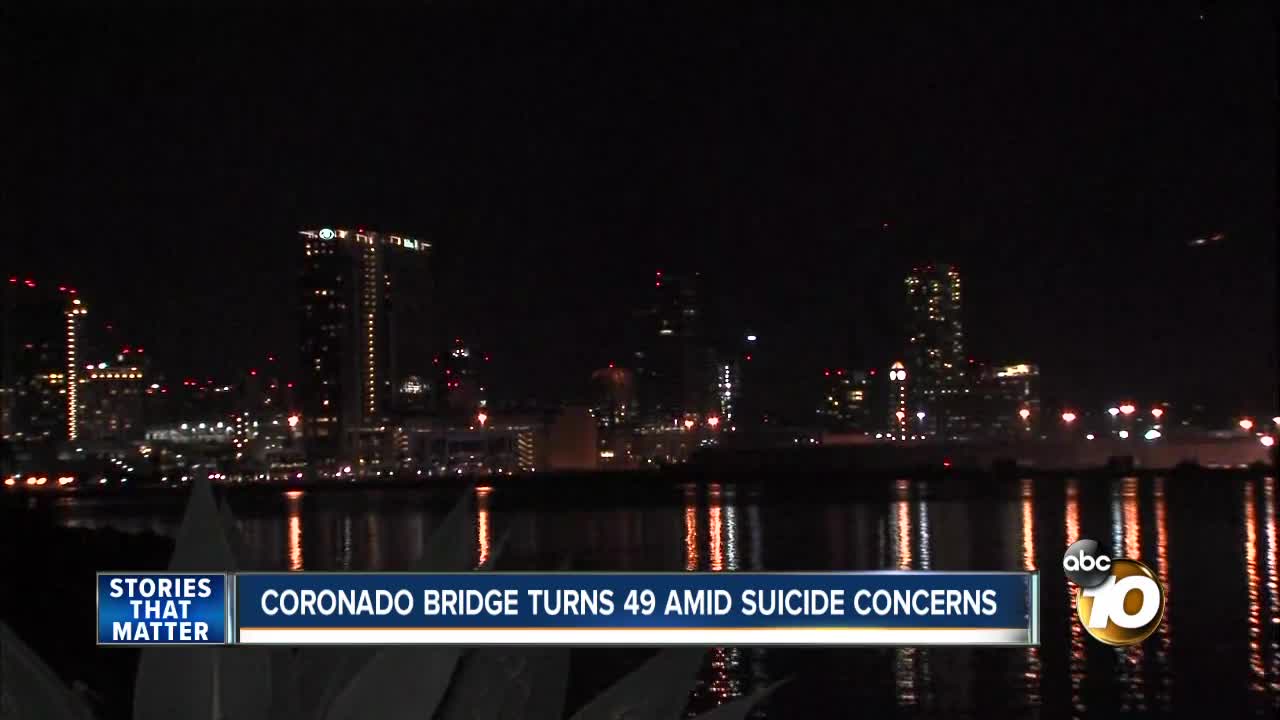 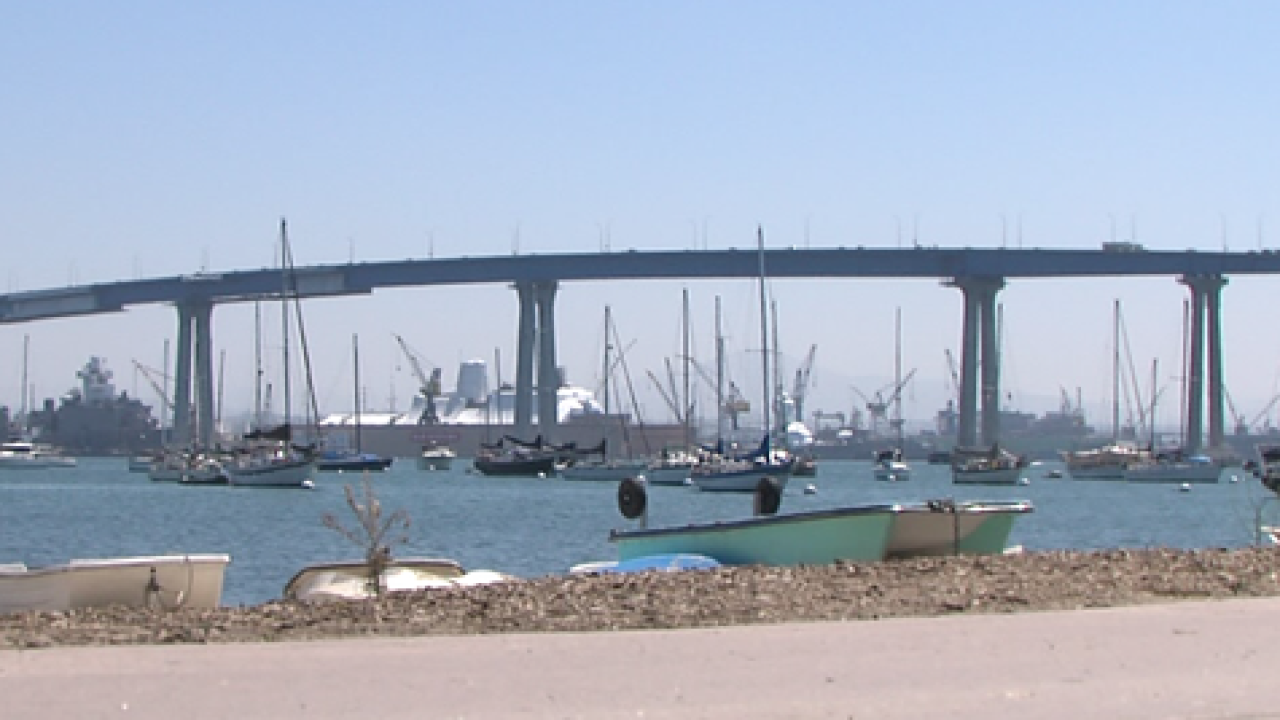 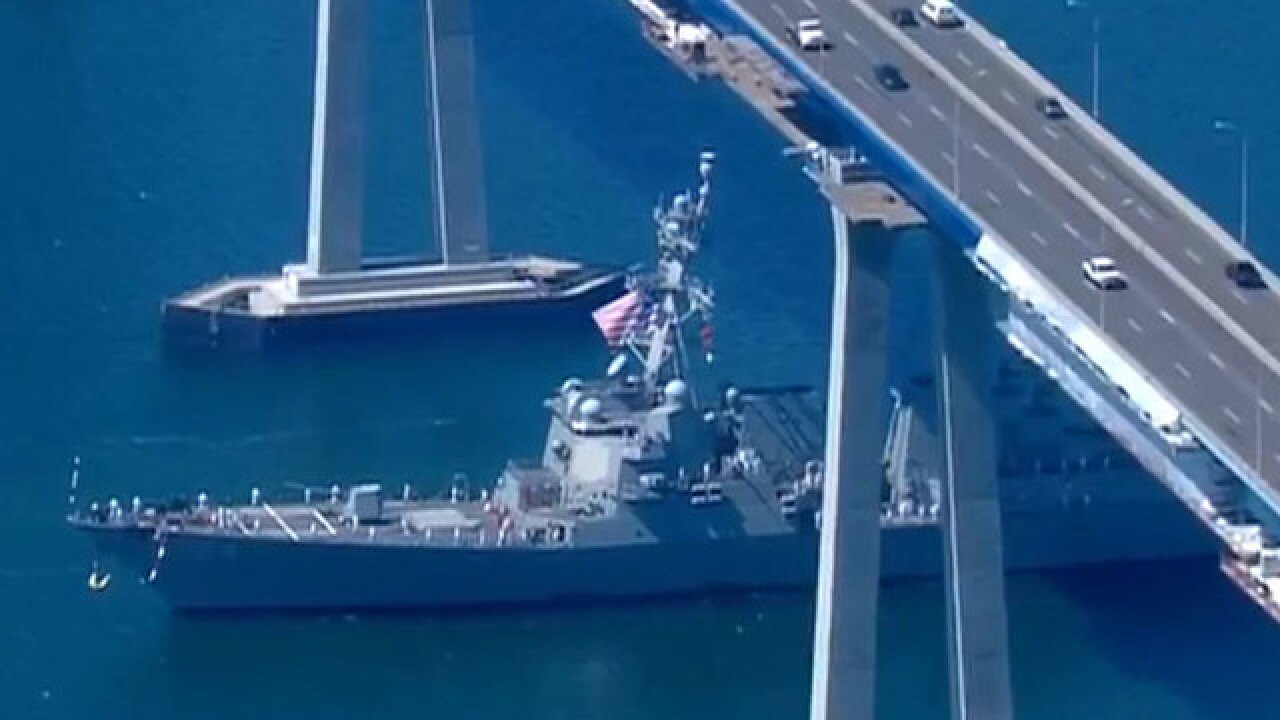 CORONADO (KGTV) - Caltrans announced Friday they've almost completed an environmental study pertaining to putting up "bird spikes" on the Coronado Bridge to deter people from jumping off the bridge.
The Coronado Bridge has wowed passengers with an incredible view of downtown San Diego for 49 years, today the Mayor said he hopes for a safer future.
READ RELATED: Caltrans completes Coronado Bridge study aimed at preventing suicide
"When you come across the bridge it feels like you’ve arrived at a special place," Coronado Mayor Richard Bailey said. "The view of downtown San Diego from Coronado has got to be one of the best in Southern California."
The landmark transports 80,000 cars each day according to Bailey, and the bridge isn't always running.
"In 2016 the bridge was shut down 35 times for a variety of reasons including attempted suicides, and on one of those occasions the bridge was shut down in both directions for about 14 hours," he said.
A sad fact, tainting Friday's anniversary.
"It’s a little bittersweet in that there have been a lot of deaths associated with this bridge and so we’re hopeful that these suicide deterrents that will be installed will go a long way to preventing future suicides," Bailey said.
If approved, the bird spikes will be installed early 2019. Bailey hopes it will keep the bridge open, and people safe.
"Its a really important part of the South Bay region’s transportation network," he said, noting that the bridge is also a vein for military personnel, making it a matter of national defense.
The next step for Caltrans is to look at more permanent methods to deter people from jumping.
Copyright 2020 Scripps Media, Inc. All rights reserved. This material may not be published, broadcast, rewritten, or redistributed.