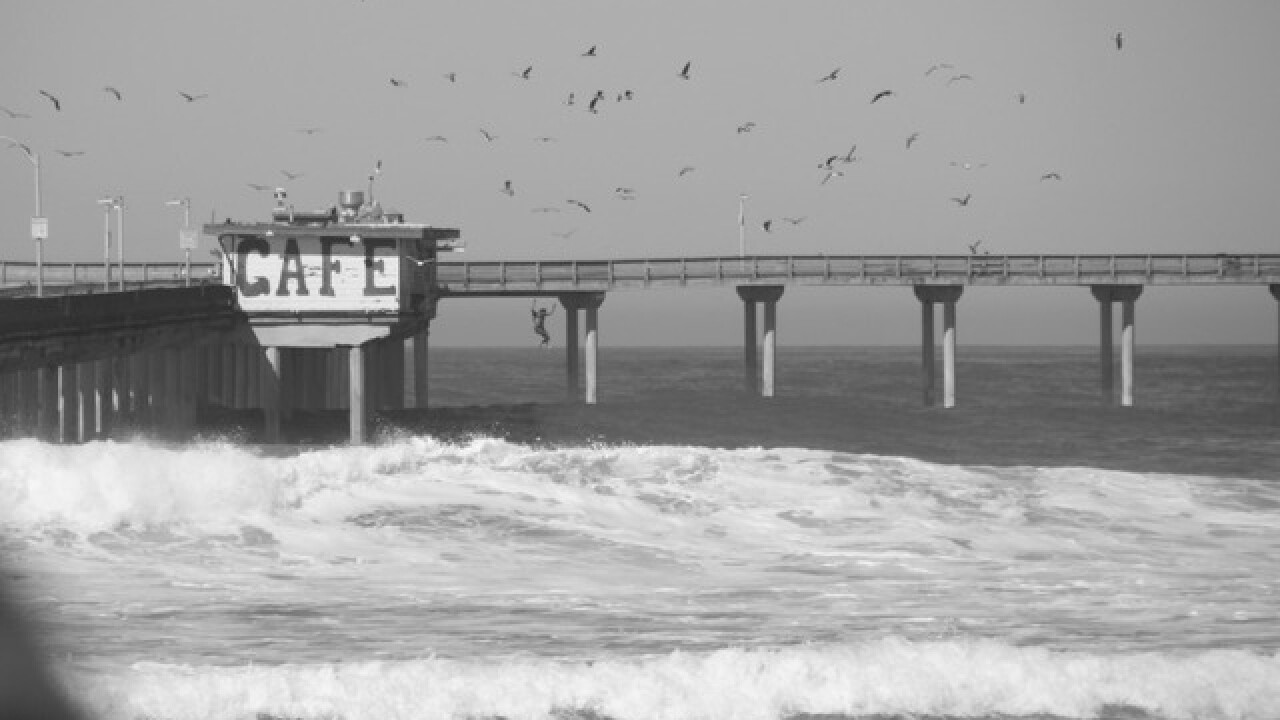 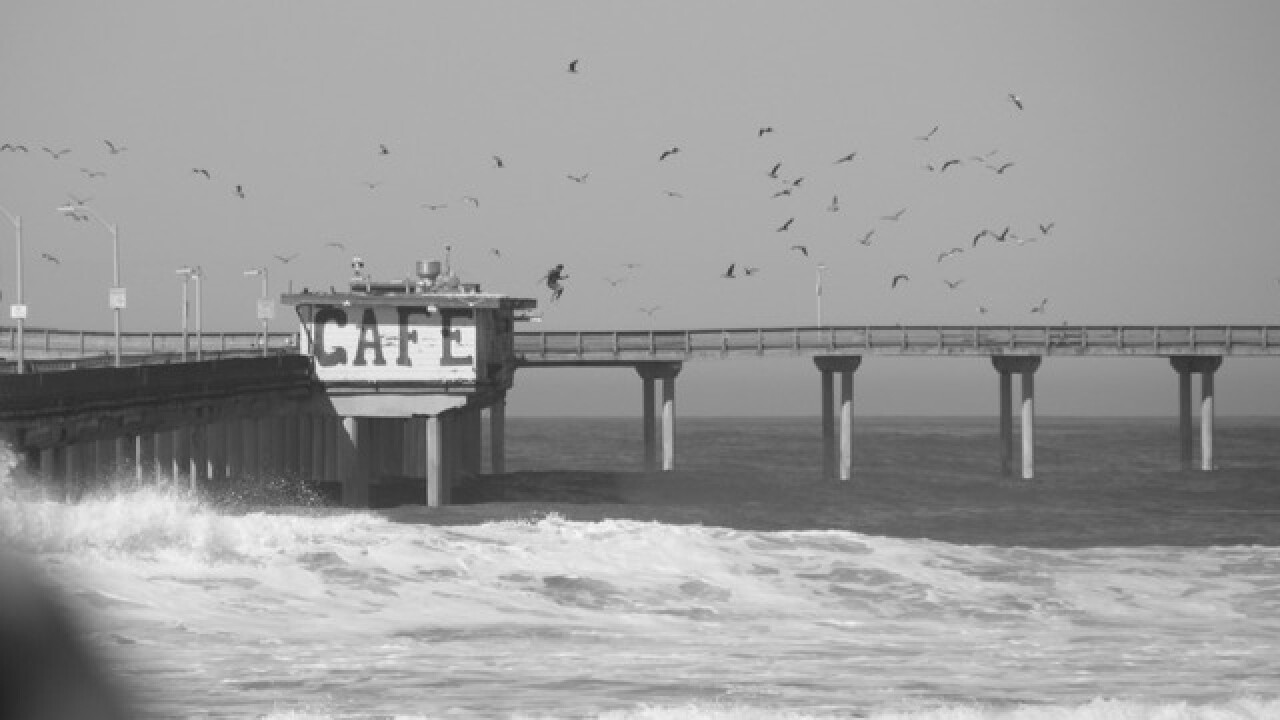 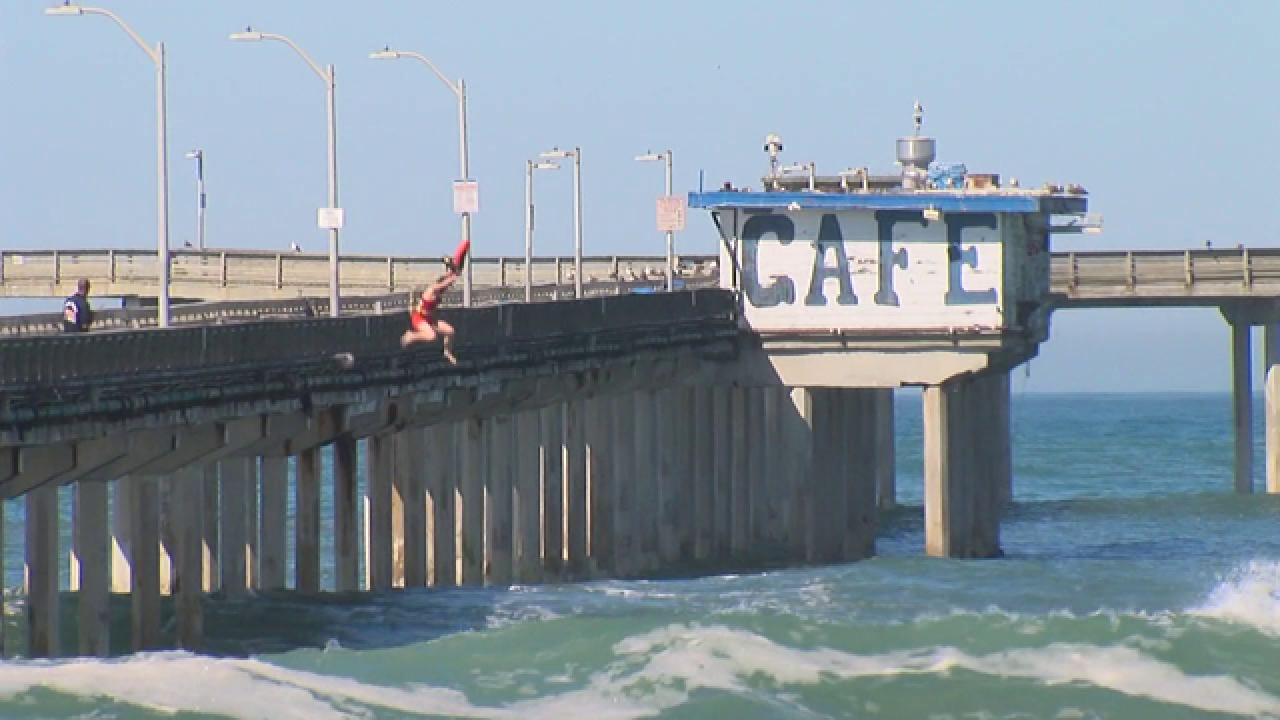 SAN DIEGO – A baby sea lion that couldn’t handle the heavy surf that pounded the San Diego coastline Thursday had to be rescued by SeaWorld workers.
The baby sea lion got stranded just south of the steps to the Ocean Beach Pier. He was too weak to battle the waves and SeaWorld workers came and rescued him sometime after 11 a.m.
The Ocean Beach Pier was closed Thursday morning due to high surf. But that didn't stop one would be swimmer. Sometime before 11 a.m., a man jumped the fence, ran down the end of the pier and jumped in the water. A lifeguard jumped off the pier to rescued the man, while a rescue boat came out to save him.
The man was cited, but not arrested.
A National Weather Service high surf advisory was set to expire at 10 p.m.
City News Service Modified 2016