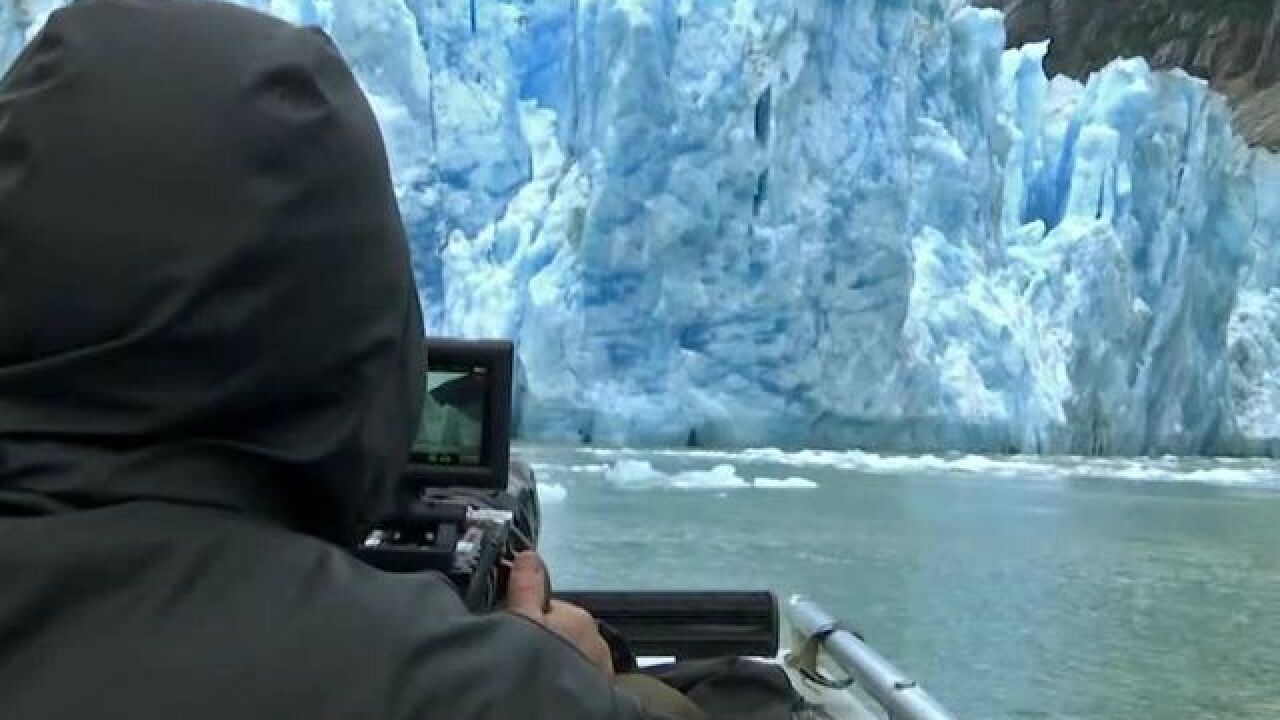 In April, 10News spoke to Casey about his plans to film hurricanes for his next IMAX film.

But 10News found out he's going glacier hunting instead. El Niño conditions in the Pacific have led to very few hurricanes forming in the Atlantic.

To complete his IMAX film, "Extreme Weather 3D,” he needed a third force of nature to document. That led him to Southeastern Alaska – home to the impressive Dawes Glacier.

"This is one of the most incredible things I’ve seen in my life,” said Casey.

Casey and his team just returned from a scouting trip, where the crew got exactly what they wanted. They filmed a 300- foot tall piece of ice collapsing right in front of them. The crew filmed the action from an armored boat built in San Diego. That boat kept them safe from flying chunks of ice.

The crew plans to return in a few weeks to get even closer shots of this glacier breaking apart.

"Personally, I wouldn't want to be in that realm. We wouldn't survive in our boat. However this device, this crash cam, hopefully this survives and can get that shot. Because that shot has never been gotten before,” said Casey.

Casey and his team will return with scientists studying how fast this glacier is melting. Local company, Sontek will provide the instruments to be remotely operated that will track how much water the glacier is adding to the ocean.

“The earth's ice is melting quite quickly and it's ramping up,” said Casey.

Casey planned to study hurricanes using the same armored boat and water measuring devices. But now they get to test the boat studying another force of nature.

“Eighty percent of the world’s population lives along oceans. As these oceans rise, it's going to change the very dynamic of how those cities, how those people exist.”

When Casey and his team return to Alaska, they hope to stay for a month. They plan to leave instrumentation there for a whole year to continue to gather data.

The IMAX film "Extreme Weather 3D" is expected to be out August of next year.