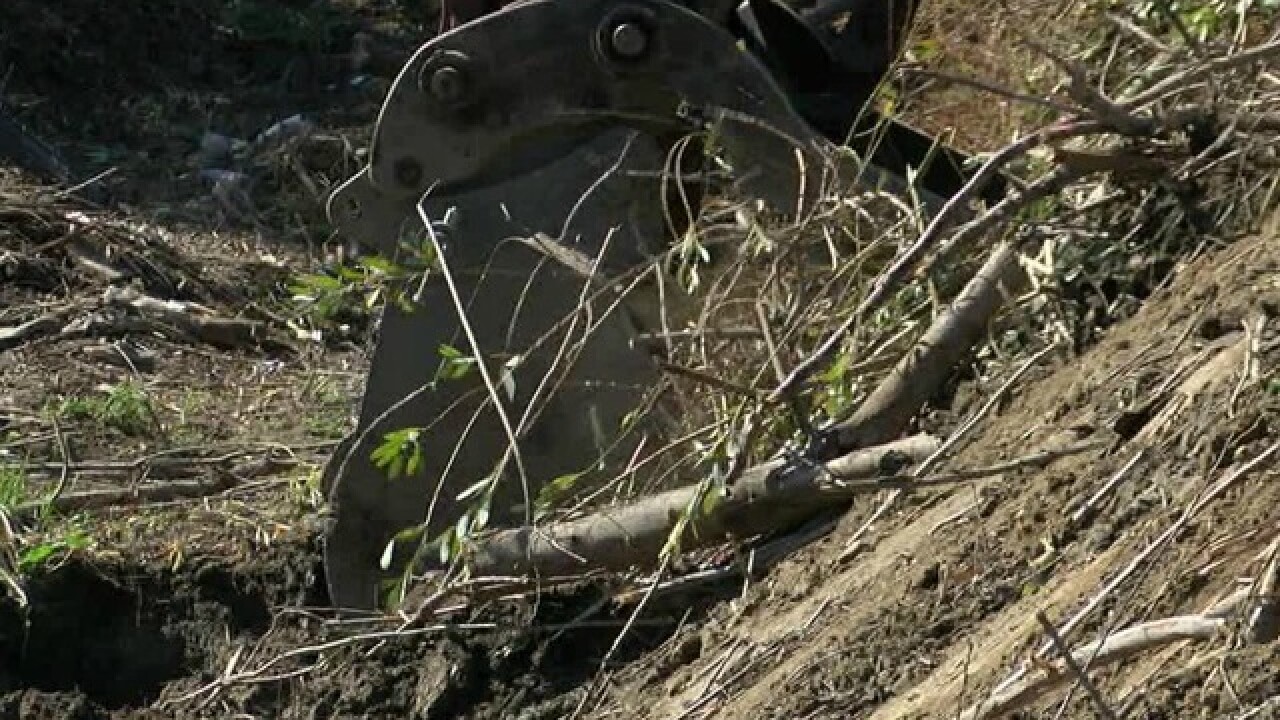 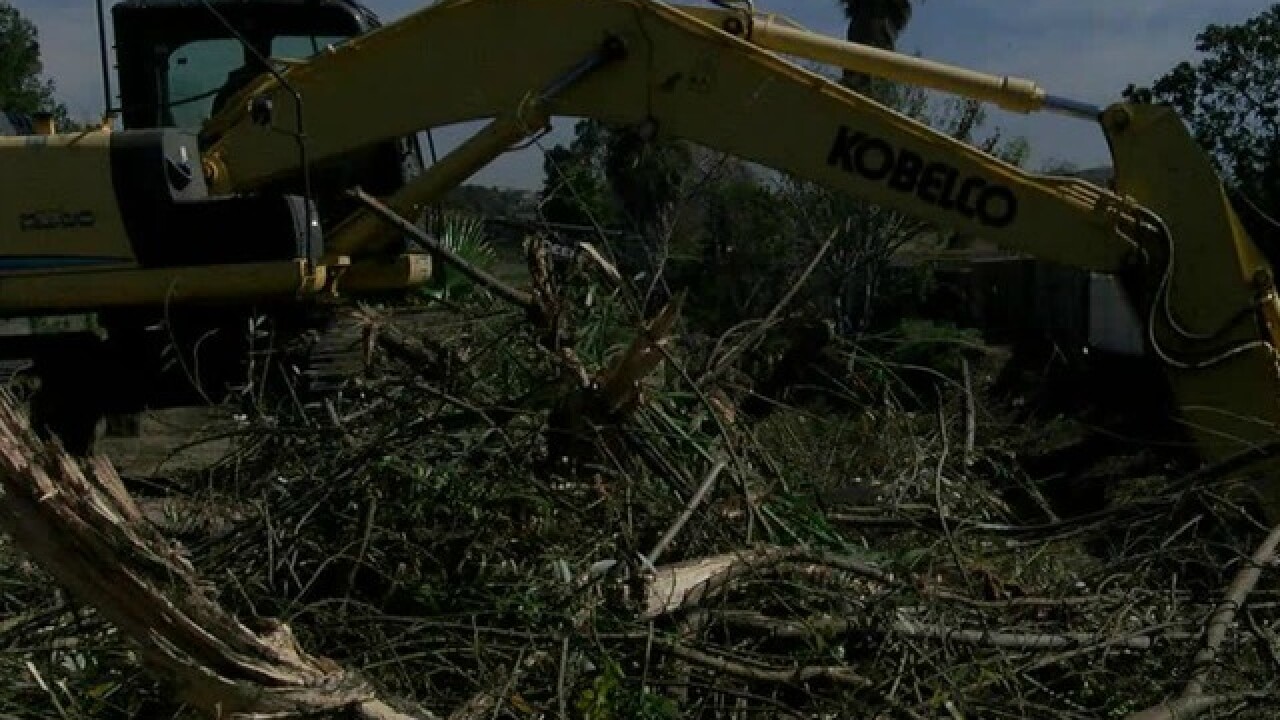 All this hot weather sure makes it feel like winter storms are behind us. But the city of San Diego continues to prepare for the next round of heavy rain.

A lot of people would love to be surrounded by nature, but not when trees and thick brush are right behind your yard.

"This was clean at one time,” said Grace Vargas of San Ysidro.

Vargas says every time it rains, it gets scary for her and her family. "We're almost in a panic. It sounds like a locomotive going down here,” she said.

That storm channel ends right at Vargas’ property line and it can fill up fast.

"And every time it goes over the edge, it'll go over to our yard,” said Vargas.

Two-dozen other families on Shooting Star Drive live along this same channel just below the 905 freeway. A San Diego city crew is now clearing it out even though there's no rain in sight.

It took almost a couple of years, but the city finally got the environmental permits which calls for a biologist to be present whenever clearing is going on.

“It's a balance between flood control and environment because some of these are natural ways with habitat,” said Matter.

It takes teamwork to clear out this 1,200-foot long storm channel. City workers operate the excavators to clear the thick stuff and grade the channel. Urban Corps, a team of young San Diegans, was also in the thick of it to get whatever the big machines can't cut.

"We've been praying for this,” said Vargas.

This is the 16th storm channel the city has cleared out this season. Crews have about five more to go.

If you feel there could be potential problems in your neighborhood during the next big storm, here’s a list of hotlines and links for the storm water departments of some of the county's major cities.