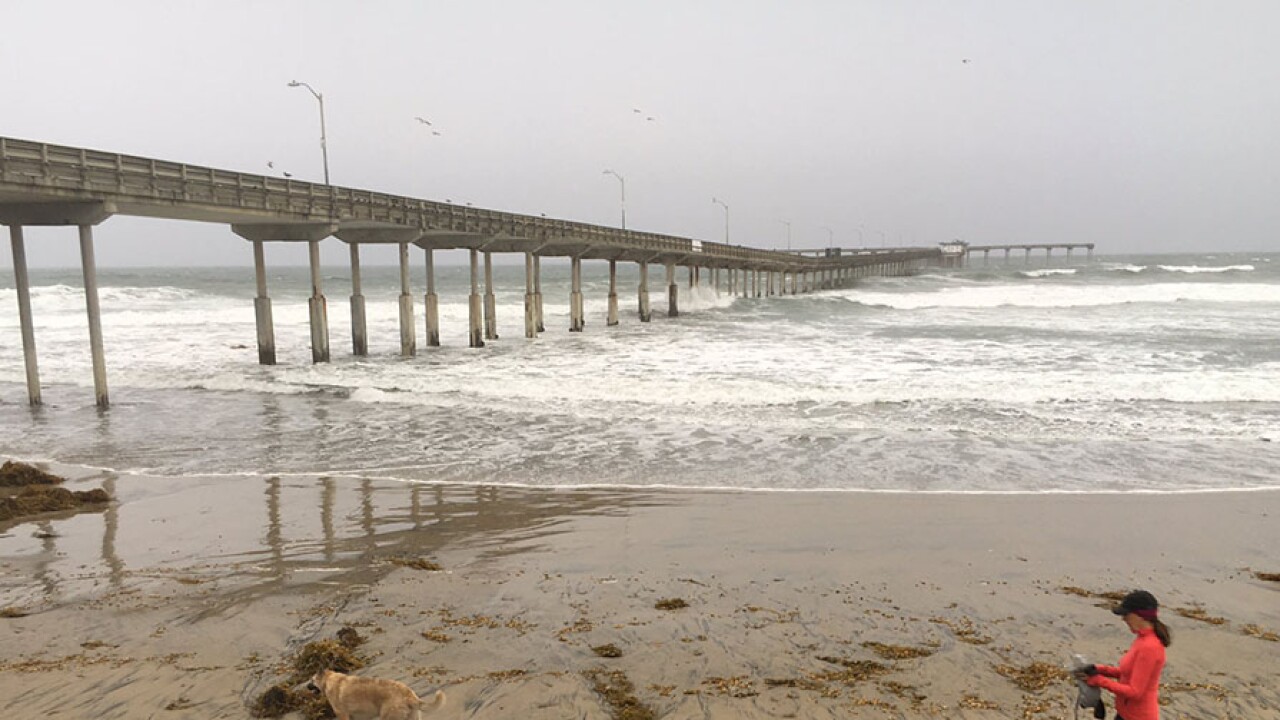 The blast of strong winds and powerful waves attracted onlookers throughout the mid-morning as the pier provided an up-close view of the surf that was still pounding its underside.

The stormy conditions were being greeted in different ways.

Long time Ocean Beach resident Kerry Sullivan said he was just glad to see some weather out of the ordinary.

"And you guys on TV, you tell us the same thing every day!" said Sullivan. "Now, this is different."

Pacific Beach residents Emily and Julia took a walk onto the pier to be closer to the energy of the waves.

"Very stormy," said Julia. "It was kind of cool to walk out on the pier and see it."

The appeal of inclement weather had workers at the Walking on Water Café, located right on the pier, prepping for a potentially big day.

"You can be surprised how busy we can get,” said waitress Mariana. "Because the waves and this weather bring a lot of people to the pier."

Surfer David Kotz, who made the drive from Alpine, was hoping for some challenging waves.

"But it’s blown out, so I'll just wait till it calms down,” said Kotz.

While it was an exciting day to be at the beach for many, it wasn't that way for all.

Julie, who said she's been living on the streets for five months, was shivering as she sat along the seawall with four other homeless men.

She said to make matters worse, someone had stolen her shoes the night before.

As the rain picked up, she and others took refuge under the pier.