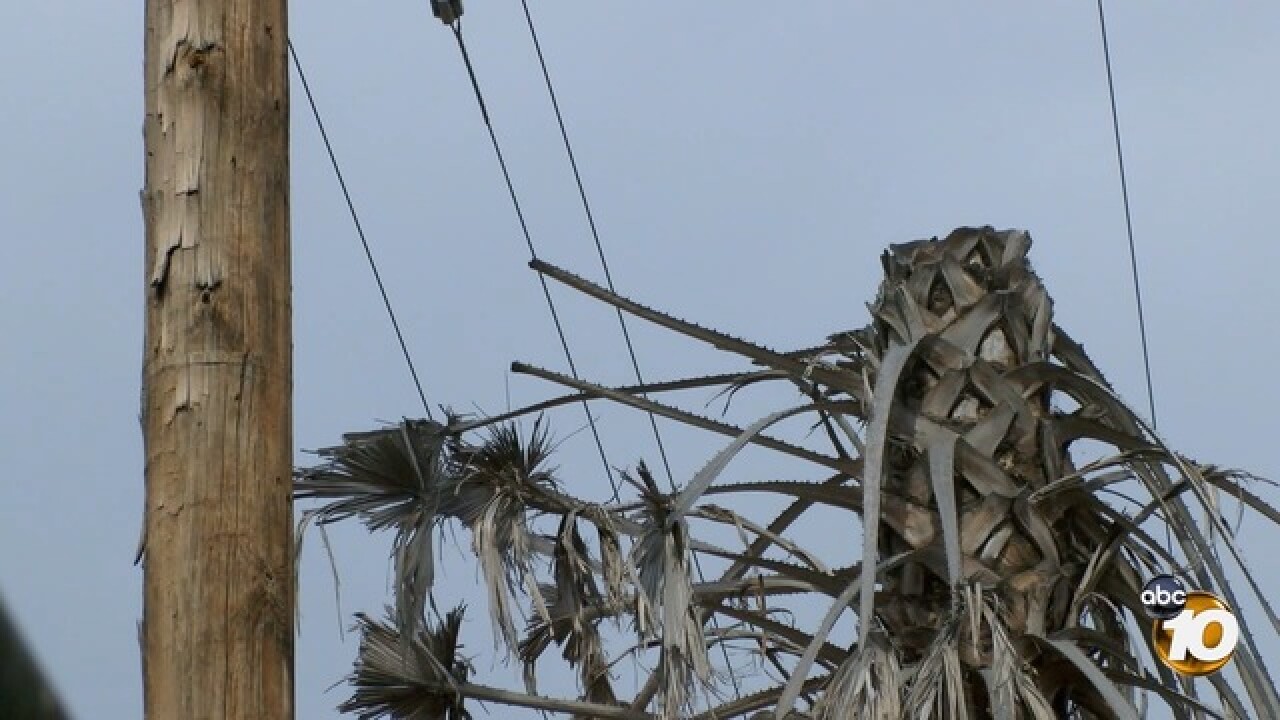 CHULA VISTA, Calif. (KGTV) - A Chula Vista woman wants her neighbors to take a look around their community and take action if they see a problem.  That’s what Andrea Murphy did when she noticed dozens of dead palm trees perilously close to power lines in the South Bay city.

Murphy was concerned a simple cigarette butt or lightning strike could ignite the palms, which would then ignite the power lines and threaten nearby homes or the San Diego Trolley line.  However, it took her nine months to figure out who to call to take down the trees.

“I was very frustrated,” said Murphy.  “I felt like the buck was getting passed around.  Nobody wanted to take responsibility.”

She said she made dozens of calls to inquire who owned the property where about 10 trees stood and got the runaround.

Murphy made a breakthrough when she finally reached out to San Diego Gas & Electric.  She said SDG&E immediately started working with her to fix the problem.

“They had to pay for permits and all the workers to come and get these trees taken out,” she said.

An SDG&E spokesman said they want more people like Murphy to call their customer service line with potential problems.

“If you see a problem, take responsibility,” said Murphy.  “Don’t wait for the city.  The city is doing the best it can.”