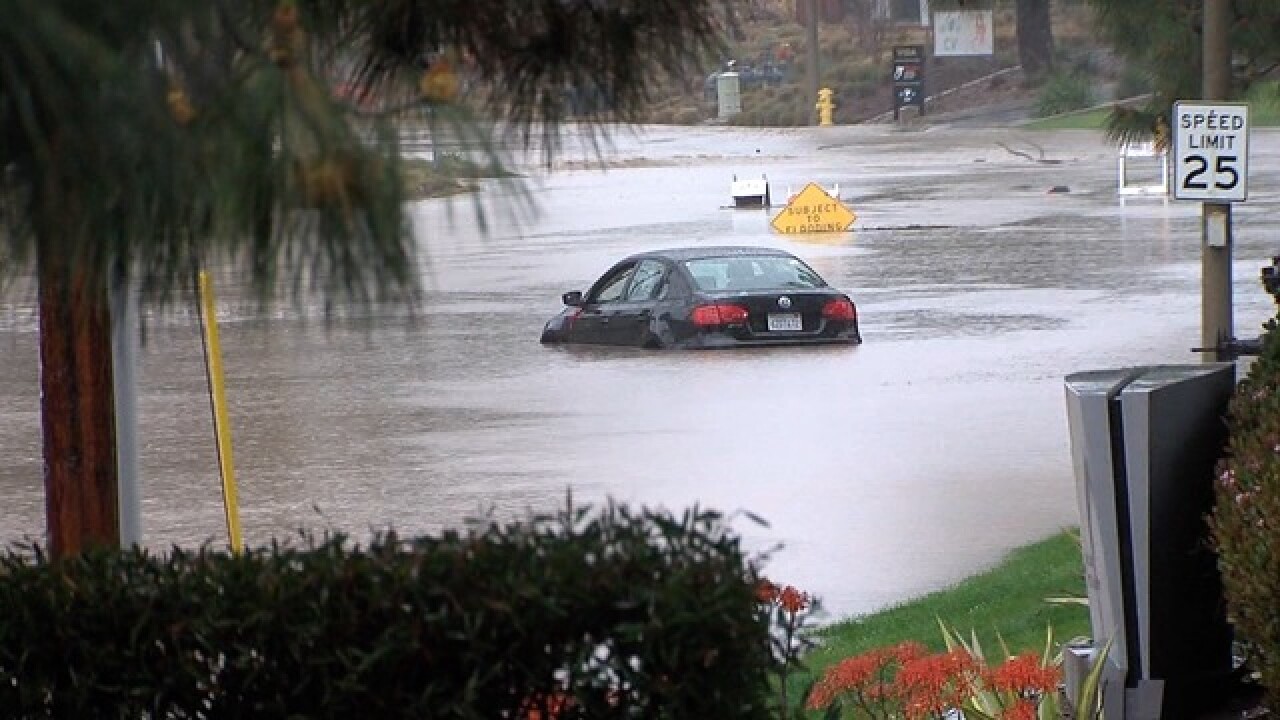 Copyright 2018 Scripps Media, Inc. All rights reserved. This material may not be published, broadcast, rewritten, or redistributed.
<p>Flooding along Roselle Street in Sorrento Valley in February 2017</p> 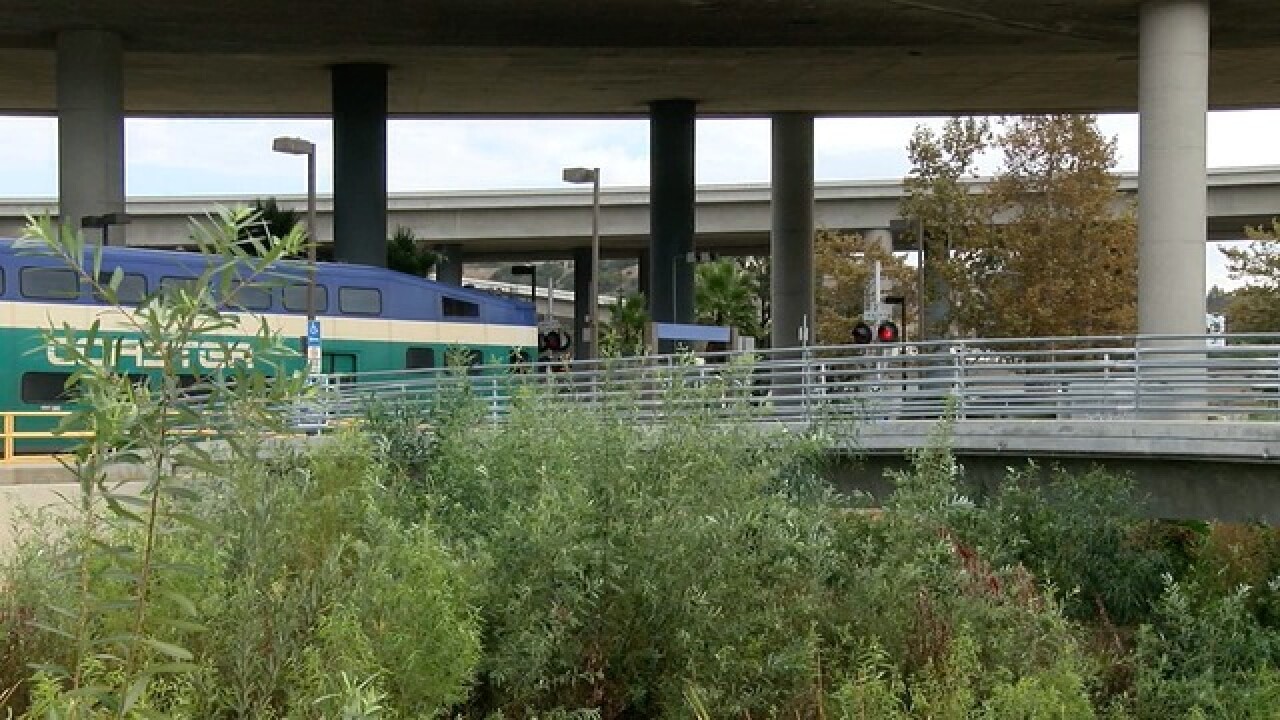 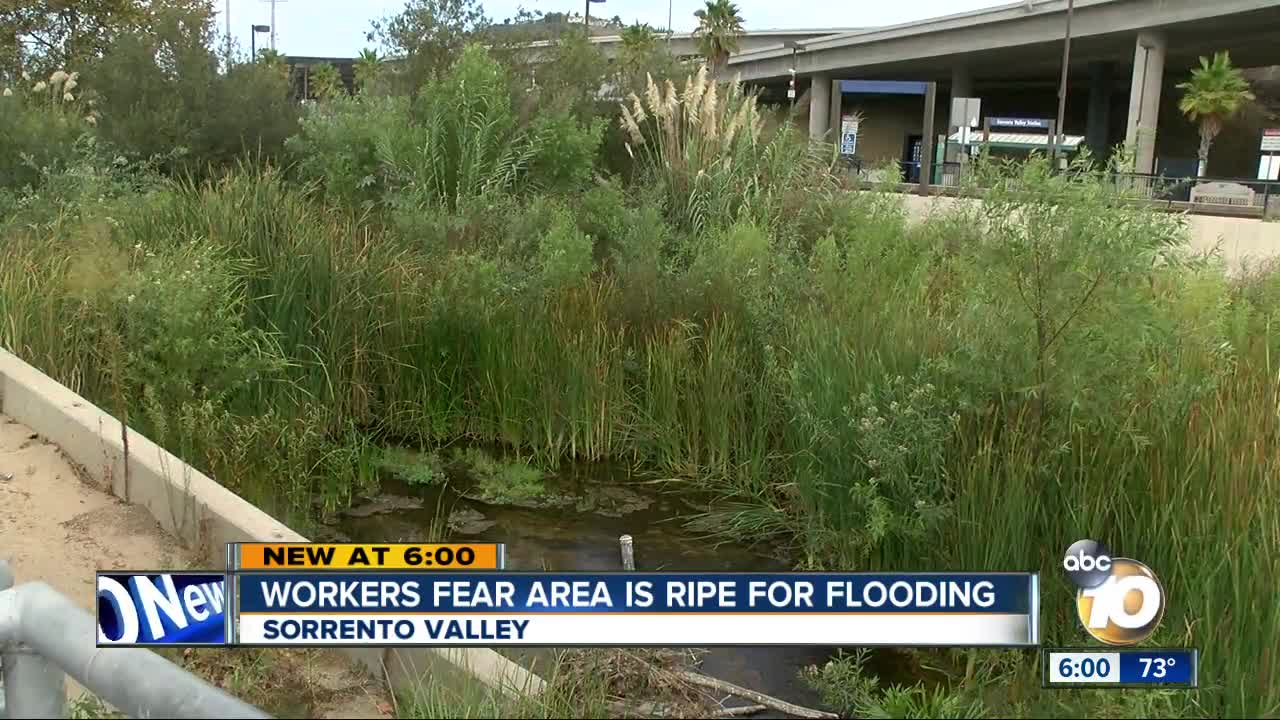 SAN DIEGO (KGTV) - Shelly Kilburn saw the city's "subject to flooding" signs steps from where she works in Sorrento Valley, and knew full well what could be coming.

Kilburn works off Roselle Street in Sorrento Valley, an area that has flooded during rainstorms each of the past few years. It's because the area is in a valley, next to an overgrown creek that can overflow when it rains. The problem is, once the floods start, access to I-5 is cut off, and the only way out is through a private road that opens to the public in emergencies.

"Two years ago it got so bad that it backed up all through this intersection and the area where, for the people who waited too long, they actually had to bring rescue pontoons in," she said, speaking about Roselle Street at Dunhill Street.

The creek in question is just southwest of the Sorrento Valley train station. Kilburn says crews cleared out the growth with bulldozers about a year ago, but that it is now grown back even larger. Some of the greenery is now as tall as the pedestrian bridge that leads from Roselle Street ot the train station.

"When it's overgrown like this, it's not a storm channel anymore, it's a forest," she said.

Meanwhile, the city is in touch with business owners in the area about the evacuation route. The spokesman added for safety's sake, workers need to be ready to leave when the rain starts and know the way out.