EXCLUSIVE: A long road, with Chopper at his side 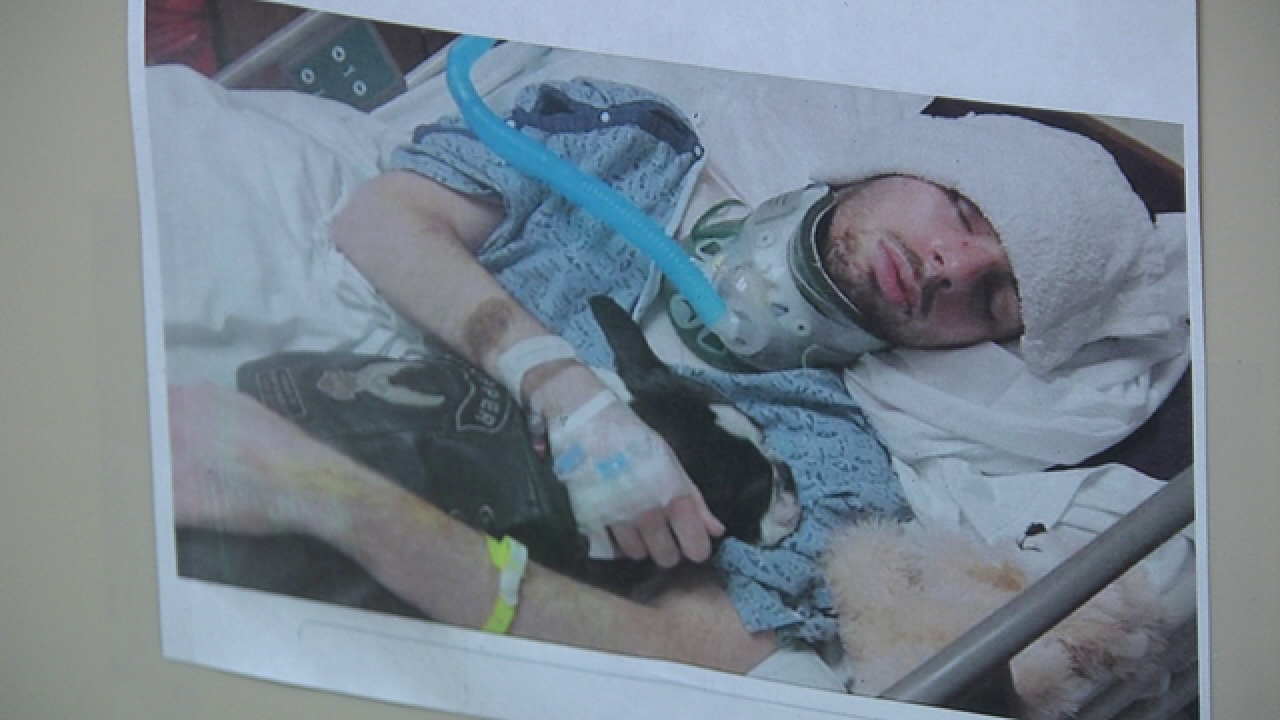 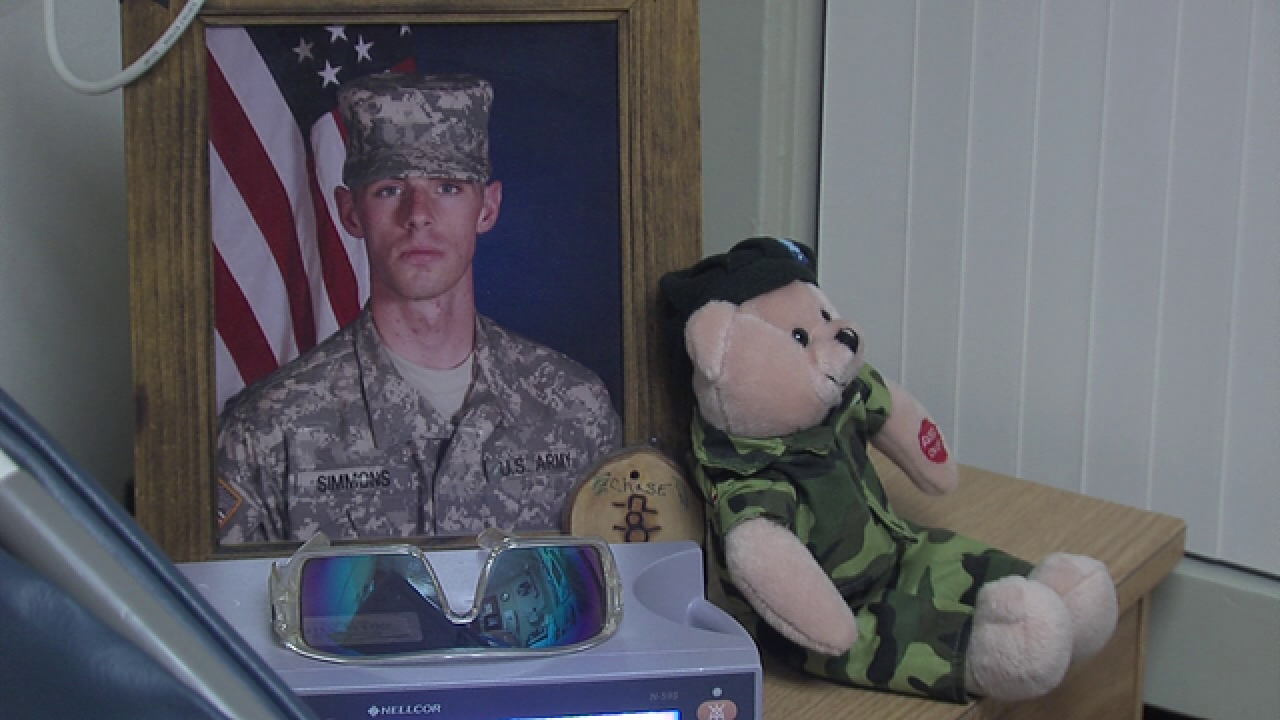 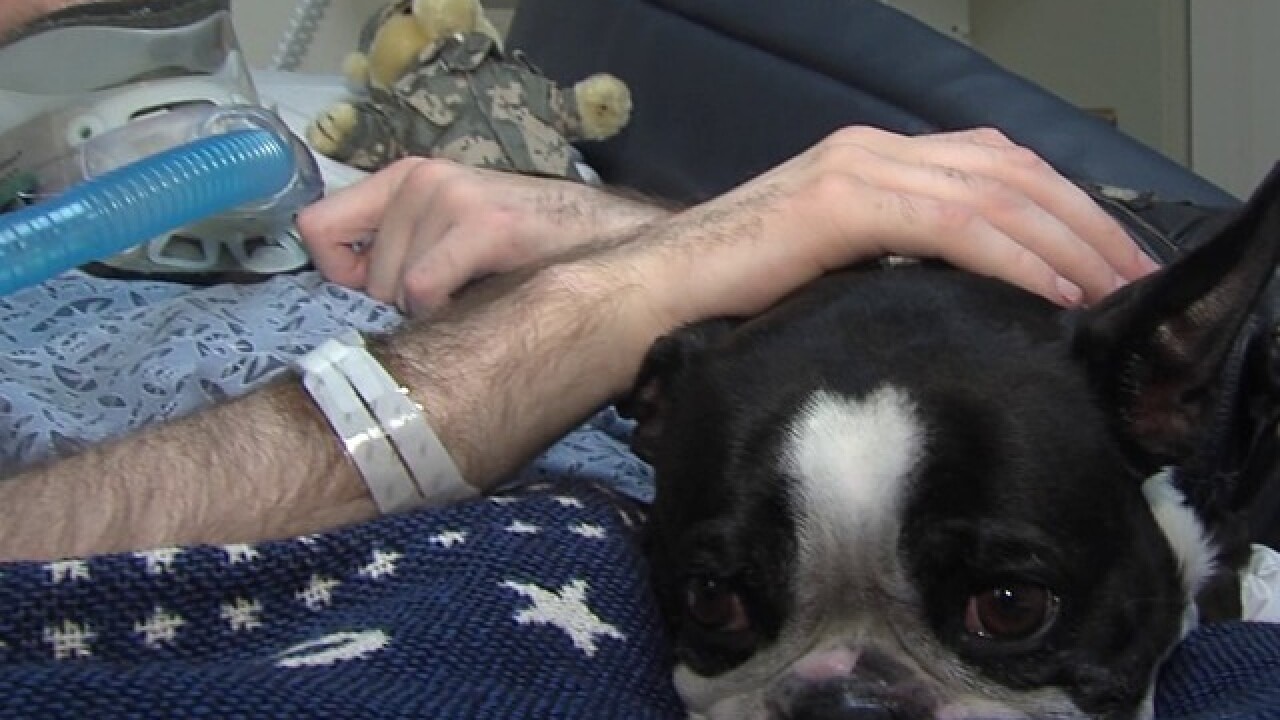 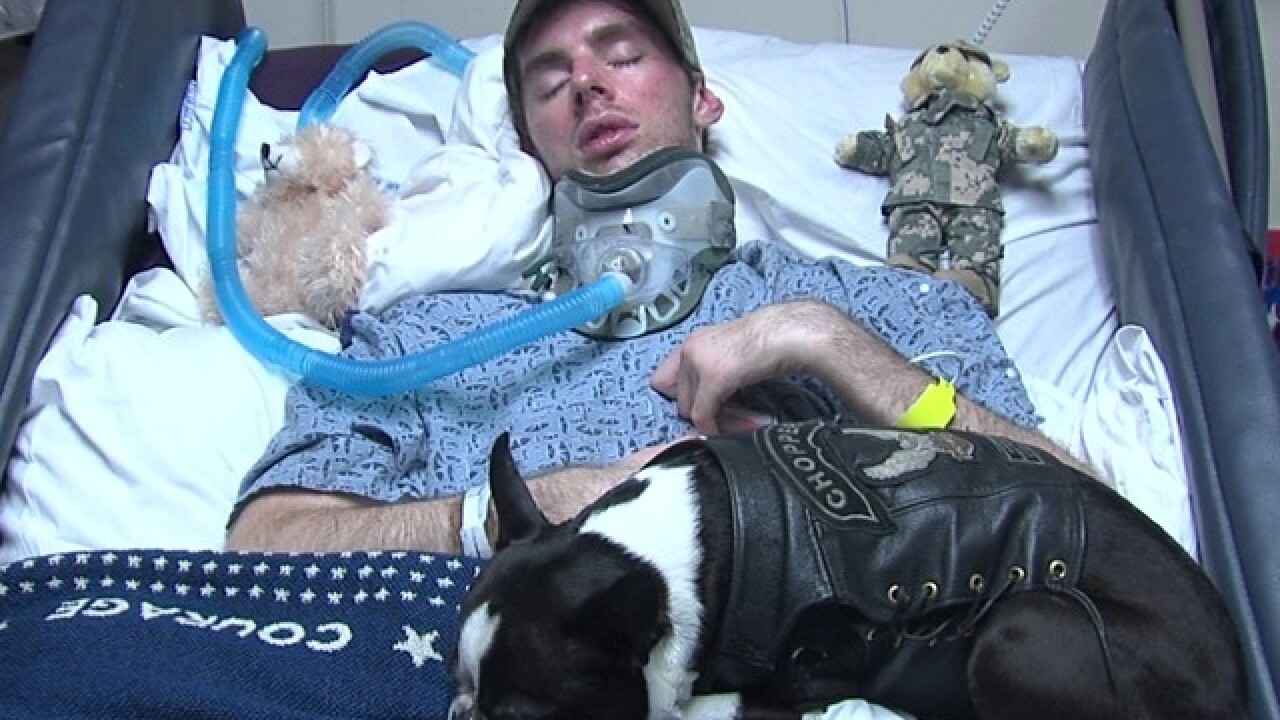 SAN DIEGO -- A local soldier nearly killed in a crash last December is making incredible progress.
The mother of Army Private First Class Chase Simmons cheered as he gave a ‘thumbs up’ from his bed at Kindred Hospital.
“I know you got it in you, where's your thumbs up? There it is. Thank you,” Vicki Simmons said.
Something so simple as a thumbs up and a handshake means the world to his mother.
On December 3, Chase's car collided with a dump truck on the 67 in Lakeside. One look at the car and it's hard to believe the 22 year-old is now breathing on his own, eating solid food for the first time, and even petting ‘Chopper the Biker Dog,’ who's been by his side all along.

“I think they feel each other's heartbeats,” Simmons said.
The moment that surprised Vicki Simmons and nurses the most was after a trip outdoors. Simmons says they were trying to get Chase back in bed when all of a sudden... “He opened up his eyes and he just goes ‘fine’ and we just, our jaws just dropped but it was amazing to hear his voice,” his mother said.
Simmons says Chase has a long way to go as his brain is still swollen.
The soldier has received medals and letters from people around the world. His mother believes with prayer and everyone's support, it won't be too long before he can come home.
“I'm just waiting for that day when he opens up his eyes and asks for pizza or can we go rock climbing,” the woman said.
Simmons says doctors told her it will be about six months to a year before Chase can return home from Kindred Hospital.
Scripps Only Content 2015