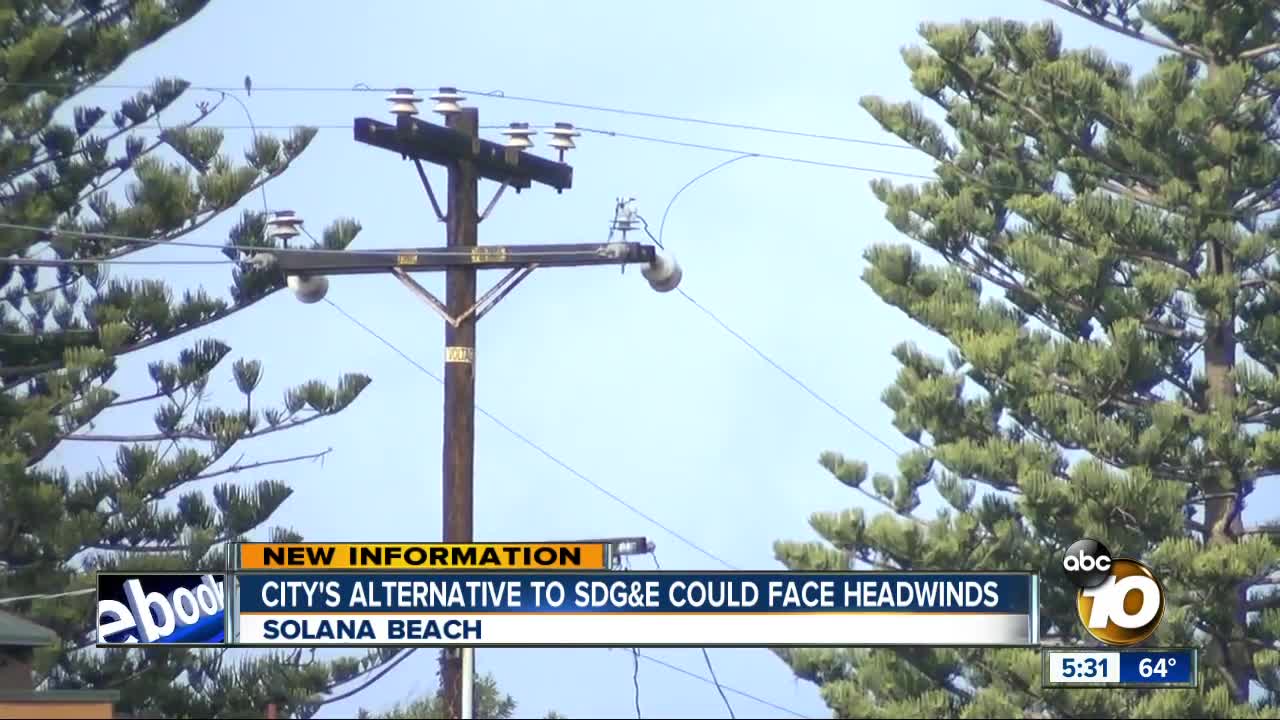 A new city report says that the Solana Energy Alliance could run at a deficit for the next two years, which look to be more challenging than originally forecast.

The city launched the alliance in June to help the city reach its goal of 100 percent renewable energy by 2035 and provide competition to SDG&E. Currently, more than 90 percent of Solana Beach energy and businesses buy their electricity from the alliance. It saves them about 2 percent from SDG&E.

“They’re definitely stepping into deep water to try to do this themselves,” said Solana Beach resident Ed Radcliffe. “I hope they do it right.”

Solana Beach City Councilman Peter Zahn said overall the energy program is healthy. It has high enrollment and is paying off expenses from the launch. He said it had higher revenues than expected while also having higher expenses than expected.

Zahn said the report examined the alliance’s first three months, so it’s still early. He added a big hit came from a recent Public Utilities Commission decision to hike the exit fees residents pay SDG&E to buy it elsewhere. The Solana Beach city report says the fees could rise by as much as 50 percent.

“While we are not happy with some of the factors that have influenced this - like the exit fee - we are really optimistic about going out into the future,” Zahn said.
The report said higher energy prices and lower SDG&E electricity generation rates are also impacting revenue.

In October, the city of San Diego announced plans to create its own alternative to SDG&E, called a Community Choice Aggregator. A spokesman for Mayor Kevin Faulconer says comparing Solana Beach’s organization to what is in store in San Diego is apples to oranges. That’s because the city would have a much larger group of customers, hence buying power.

The San Diego program could launch in 2021.